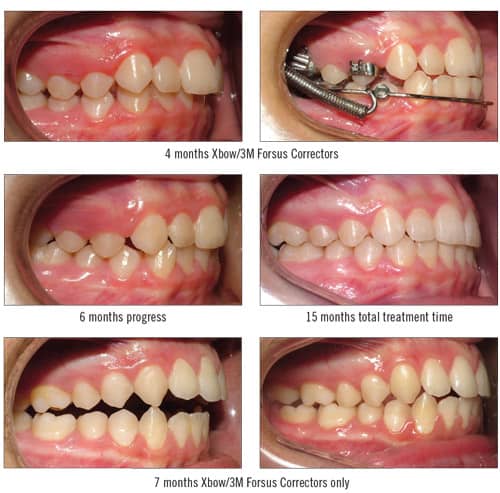 As an orthodontist and magician who has been practicing and performing for the past 3 decades, I’ve enjoyed incorporating magical techniques into my practice. Here I reveal my magical Class II correction. To understand my Class II correction philosophy, one must first be familiar with my core orthodontic beliefs:

Class II correction is the most frequent problem facing orthodontists, affecting approximately 33% of all orthodontic patients in the United States. I believe that we shouldn’t use the same appliance to treat all Class II cases. Factors such as the age of the patient, the severity of the case, and the dentition will determine the most efficient approach to solve that particular patient’s problem.

The Magic of the Bite Catching Effect

In a January 2014 article in the American Journal of Orthodontics and Dentofacial Orthopedics,1 there was a 32-year follow-up study on Herbst therapy to determine which factors had the greatest impact on relapse. The findings showed that Class II relapse seemed to be caused by either an unstable interdigitation of the occluding teeth, a persisting oral habit, or an insufficient retention regimen after treatment. The interdigitation of the occluding teeth is the one aspect that I have the most control over and, as a result, why I focus the majority of my attention on correcting. I concentrate on the relationship between the first premolars, not the canines or molars, because the anatomy of these teeth allows for excellent interdigitation. I refer to this relationship as the “bite catching effect.”

Since interdigitation is one of the keys to long-term stability and the occlusal surfaces of primary molars are flat, I have not found it beneficial to treat Class II cases in the mixed dentition. If a child has a severe Class II relationship and I want to reduce the overjet, I use a maxillary expansion appliance followed by a 2×4. I inform the parents that I will improve the overjet 50%; however, I will not correct the Class II malocclusion until all of the permanent teeth have erupted. During this conversation, I reinforce my desire to deliver an excellent result in the least amount of time and at the right time.

Even though I think of myself as a good magician and mentalist, I cannot predict when a patient is going to have his/her individual growth spurt. I trained under Anthony Gianelly, DMD, PhD, MD, at Boston University who ingrained in his orthodontic residents that we must treat our patients with evidence-based orthodontics. I must confess that I don’t possess supernatural powers and I can’t significantly grow the mandible. When mandibular growth does occur during my orthodontic treatment, however, it makes me look gifted. As we all know, it is better to be lucky than good. With that said, I have focused my attention on factors that I can control and I depend less on the “I hope I get good growth” philosophy. As an orthodontist and a magician, it is critical to my success, both in the office and on stage, to minimize leaving things to chance because the results can be rather embarrassing when it fails.

How to Work Magic in Adolescent Class II Correction

Since the majority of Class II cases that we treat are adolescents, I’m going to focus my attention on how to treat these types of cases. I have found that most moderate to severe Class II patients have a constricted maxilla. An easy way to determine if the maxilla is constricted is to have the patient advance their mandible forward until they have achieved a Class I canine position and then evaluate the transverse posterior relationship. Because the expansion appliance loosens both the sutures and teeth, it creates a perfect environment to allow the 3M™ Forsus® Correctors (3M Oral Care) to turbo charge the Class II correction.

I have used a variety of Class II correctors over the years—headgear, Jasper Jumpers, Herbst, Flip-lock Herbst, etc. In my experience, nothing can touch the efficiency and effectiveness of the combination of Higgins Xbow® and 3M Forsus Correctors to correct moderate to severe adolescent cases. Essentially, the Xbow is a maxillary expansion appliance with a mandibular labial and lingual bar which supports the attachment of the 3M Forsus Correctors. Neither the Xbow appliance, nor any other appliance, will replace your superior diagnostic skills. It will not make an extraction case into a non-extraction case. It will not make a surgical case into a non-surgical case. It is just a phenomenal Class II corrector that works like magic!

The beauty behind this type of treatment is that it gives the orthodontist full control in all three dimensions and it works on the front end, treating the worst first, resolving the Class II relationship prior to braces or aligners.

The average time to resolve the Class II relationship is approximately 6 months. As shown by Robert A. Miller, DMD,2 the use of the Xbow/3M Forsus Correctors combination reduces overall treatment times by 6 months and the time in braces or aligners by 10 months.

Just like a magician, it is essential for an orthodontist to possess maximum control in order to achieve optimal results. A magician asks someone to pick a card. The participant believes that he/she has the freedom to choose any card, but in reality, the magician forces the desired card and is in complete control of producing a winning performance. As an orthodontist, I prefer to utilize appliances and techniques that give me maximum control over treatment. It is unwise and unpredictable to depend on patient cooperation to deliver consistent results. The goal is to become an orthodontic magician and gain maximum control over your clinical performances.

The Secret to Implementing the Xbow and 3M Forsus Correctors

I scan the patient’s mouth (a less than 5-minute process) at our new patient consultation, and send the scan to a certified lab that has gained the rights to fabricate Higgins Xbow. There are multiple advantages to scanning vs impressions—accuracy, speed, patient experience. Once the appliance arrives back from the lab—approximately 2 to 3 weeks later, I place separators between the upper and lower 6’s and schedule the insertion 5 to 7 days later. After delivering the appliance, I instruct the parent on how to turn the expansion appliance until we have achieved a desired transverse width. Once this has been achieved, I insert the 3M Forsus Correctors and adjust the Gurin locks by sliding them back and tightening them to custom control the amount of force I want on either side. Another nice feature is a one size fits all 22-mm rod, which minimizes my inventory. I observe the patient every 8 weeks and make the appropriate adjustment to each Gurin lock. At each visit, I pay close attention on my Xbow Target (1/2 cusp Class III relationship of the first premolars), because I know that relapse will occur so overcorrection is essential.

At this point in time, my Class II correction has been solved and I remove the appliance. From there, I have multiple appliance options (braces, aligners, etc.) I can use to artistically move the teeth into proper position. Because I’ve treated the worst first, I now have the luxury of spending more time and attention to the fine details of creating a beautiful smile. Just like a magic trick, once you know the secrets it is simple to
perform. OP

Herb Hughes, DDS, is a third-generation dentist. He joined his father’s orthodontic practice, located in Alexandria, Va, in 1986. He completed his orthodontic residency at Boston University and received his DDS degree from the Medical College of Virginia. He currently serves on the Council on Communication for the American Association of Orthodontists and is a speaker and Key Opinion Leader for 3M. He believes in “caring enough to share” and has given numerous presentations across the country to other practitioners. 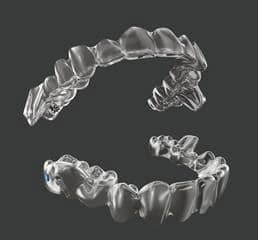 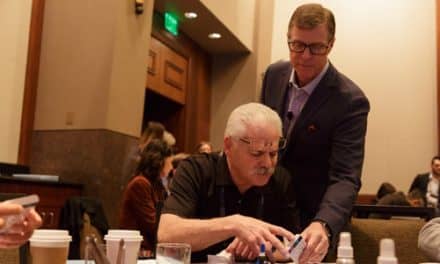 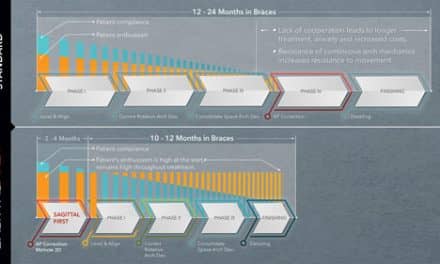