OP: How did you get interested in the problem of memory?

Chaney: I was 9 years old when I saw a magician perform, giving an exhibition in memory that seemed fantastic to a young mind. That sparked my interest and as I began reading, I discovered that there was no trick used—just some basic memory systems. Later, when I was serving as an officer in the Army early in the Vietnam conflict, I found that the military intelligence services were using memory systems for encoding data. That began my serious research, which continued through my graduate and postgraduate years that followed. Along the way, I incorporated accelerated reading and a new form of listening/retention skills into the “system” I was developing. During my doctorate years, I persuaded two universities to conditionally admit a number of students into their programs. The only qualifier was that they had to have flunked out of high school. To be admitted they had to complete their GED and take the seminar course on memory that I taught plus an annual update. Of course, they were required to maintain a “C” average.

OP: How did that work out?

Chaney: The numbers were the same in both universities. Of those that came into the program, about half flunked out early in the year. However, of those that remained, all graduated with honors.

OP: What did you do next?

Chaney: Shortly after finishing my doctorate, I hung a shingle and started a management consulting practice in the behavioral sciences. My most popular unit was the memory package that I continued to develop and refine.

OP: Who were some of your clients?

Chaney: The vast majority of my clients were large corporate and government organizations. I had a lot of Fortune 500 clients and a lot of medical ones.

Chaney: Matter of fact, yes. I did a lot of work with various local and state organizations, particularly those up in the Northwest.

OP: How would they use the memory system?

Chaney: Anytime you are dealing with clients, it is important to remember who they are and something about them and their families. When you can call someone by name, you suddenly become personal to that person. It’s important for the office staff to be able to do the same. By the way, here is an interesting sidebar. At one point my company tracked the number of lawsuits, the litigation pieces our clients were encountering. We tracked them over a period of years and witnessed a decline of more than half. There was nothing scientific about our tracking because we were doing this for our own benefit. Still, a drop of 50% was significant.

Chaney: Once an orthodontist completes our course of instruction, they have the ability to meet and remember whom they’ve met and something about them. It is no longer an impersonal relationship. The patients begin to consider the orthodontist their friend. The bottom line is, who sues their friend?

OP: What other uses are there for the system?

Chaney: Orthodontists have mountains of material to read, and they must remember a lot of it. We have always guaranteed that when you complete our course of ins­truction, you will read three times faster and remember 10 times more. If not, I have the course clerk write you a check on the spot. In more than 35 years, we’ve written fewer than five.

OP: How do you quantify the results?

Chaney: We do pre-testing and post-testing using validated questionnaires. Many people are unaware of how slowly they actually do read and how little they actually can remember. Same for listening skills. By testing prior to learning and following, we get an actual measurement of improvement.

OP: Is the course it?

Chaney: No. When they leave, I feel they are just starting. For sure, their memories have improved in a way that many are satisfied with that. But, if they want to continue forward, the abilities will only escalate. At a minimum, our students triple their ability to read and multiply by 10 their initial ability to recall information. And the improvement in listening skills goes a long way in improving office and personal relationships. We have discovered that our students no longer have office staff, family members, and important others saying, “You aren’t listening to me!” That is big for work and home.

Warren H. Chaney, PhD, MBA, is a behavioral scientist, businessman, and filmmaker. He has written nine books, more than 50 articles, and entries for Collier’s Encyclopedia. He has a financial interest in the seminar mentioned here. Contact him via his Web site, www.mindtechnologiesinc.com. 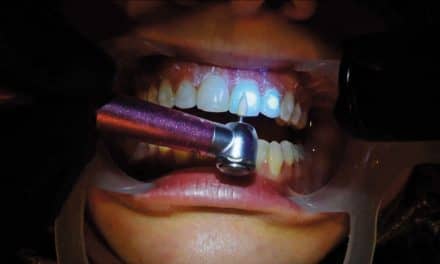 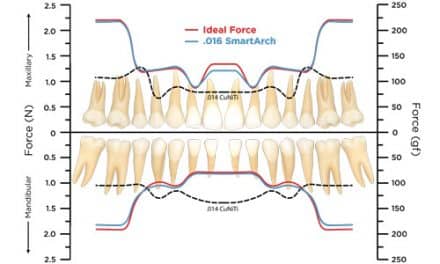 Study Says That Dentists Should Work with Physicians on Osteoporosis