Ultradent is an active proponent of PF and its oral health benefits. The PF formula is a mainstay of all Opalescence product configurations including Opalescence Boost, Ultradent’s in-office whitening treatment. The study by Matis, Cochran, Eckert, and Matis found that PF and ACP were equally effective in addressing sensitivity issues some individuals experience when whitening. Other recent studies have focused on benefits found specifically in PF, such as reducing the susceptibility to caries and tooth strength and the improvement in the microhardness of enamel.

"It is important to define the role of PF in the tooth-whitening process," said Dr Dan Fischer, president/CEO of Ultradent. "The popularity of tooth whitening in today’s society has increased a great deal. Desensitizing agents such as PF provide confidence to our patients that we’re caring for the overall health of their teeth. Nevertheless, aesthetics is a primary concern. We’re proud to say that the patented sticky and viscous PF formula found in Opalescence products has outperformed other whitening gels, including those with ACP, with significantly greater whitening results."

For more information about Opalescence or any of Ultradent’s whitening products, visit www.ultradent.com. 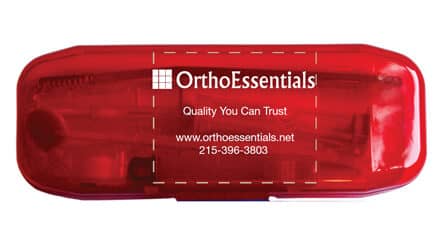