According to research published in Circulation: Journal of the American Heart Association, good dental hygiene may be crucial in preventing heart valve infection.

The researchers report that they found bacteria in the blood more often with the two extraction groups than with the brushing group. However, the incidence of bacteremia from brushing was closer to an extraction than expected.

“This suggests that bacteria get into the bloodstream hundreds of times a year, not only from tooth brushing, but also from other routine daily activities like chewing food," said Peter Lockhart, DDS, the study’s lead author.

In 2007, the American Heart Association modified its recommendation that preventive antibiotics be used prior to most dental procedures for those at risk for infective endocarditis(IE)—a rare but life-threatening infection of the lining of the heart or heart valve that can occur when bacteria enter the bloodstream. The association now recommends preventive antibiotics only for patients at the highest risk for a bad outcome from IE.

In this study, researchers sought to determine if daily dental activities like tooth brushing posed as much risk for IE as major dental procedures for which preventive antibiotics might be prescribed. Researchers drew blood from each patient a total of six times—before, during, and after these interventions—and analyzed the samples for bacterial species that are associated with IE.

They found that bacteria enter the bloodstream in most patients early on during a dental extraction or tooth brushing, and that bacteria can still be found in the blood as long as an hour after these procedures. 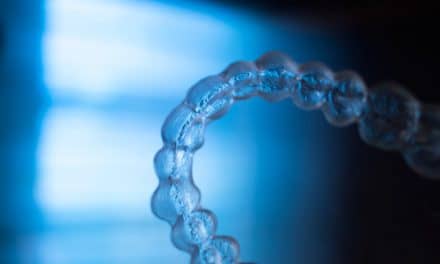