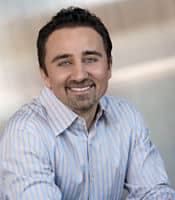 The Super Dentists,a private practice offering orthodontic and pediatric dentistryservices in San Diego County, have teamed up with Breadtruck Films, SanDiego, to create The Super Dentists: Strike Back, the first 3Dmovie produced by an independent film company and a dentist andorthodontist. The film is expected to be released this month.

"After the creation of our first kid adventure movie back in 2004, itwas clear to see how much kids and parents enjoyed watching the filmover and over again," said Kami Hoss, DDS, orthodontist at The SuperDentists (pictured). "With an equal amount of focus on education and entertainment,the film was a hit. This time, we wanted to take it up a notch—orthree."

In the movie, the evil villain, Cavitar, and his sidekick, Molar,capture dentists all over San Diego Country and hold them captive intheir "lair," a candy store. The Super Dentists pretend to get capturedin order to save the others, but lose their super powers after beingsprayed with candy. It is then up to The Super Kids™ to find out whichsuper powers each of them possess, so that they can team up to help saveThe Super Dentists.

"The goal, as is the case with everything we do, is to help childrenobtain healthy smiles so that they can have a positive outlook aboutthemselves, increase their self-esteems, and of course, have one supersmile," Hoss said. "We want to use this 3D movie to help educatechildren about the ‘evil sugar’ and what they can do to fight cavitiesand crooked teeth."