GAC International offers the BioForce® archwire, which orthodontists can use to torque, level, and align.

According to the company, BioForce is the only single-strand, superelastic, body-heat-activated archwire that starts with gentle, biologically correct forces for the anteriors, automatically increases in force as it reaches toward the posterior, then plateaus in the molar region. At any one point along the wire, the force is near constant.

Other wires offer one force at one time, requiring at least two or three wire changes to achieve a desired movement. With BioForce, orthodontists have—in one wire—an edgewise, early treatment archwire that will torque, level, and align simultaneously. Application of the IonGuard® process makes nickel reactions virtually impossible and dramatically reduces friction and breakage. 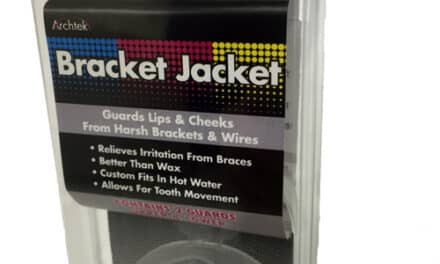 Indirect Bonding for You and Me

Debonding as a Marketing Tool