DENTSPLY GAC Sends an Open Letter to the Orthodontic Community

DENTSPLY GAC, Bohemia, NY, has undergone a supply disruption due to the earthquake and tsunami in Japan. In response to concerns and rumors in the orthodontic community, it has offered the following open letter, which we quote in full:

DENTSPLY GAC operates according to a list of shared core values. We work hard to live up to them each and every day. Topping this list are Unquestionable Integrity and Mutual Respect. In the spirit of these two key core values, we would like to update you on the situation created by the crisis in Japan.

As you know by now, the tragedy in Japan has affected our major manufacturing partner. Thankfully we received word shortly after the earthquake and tsunami that their employees were safe. While the plant survived with minimal damage, it is located well within the evacuation zone of the damaged nuclear facility.

Since the day of the disaster, DENTSPLY GAC’s focus has been on getting our customers through the supply disruption. We immediately implemented a fair share allocation plan to prevent panic buying and to ensure customers’ immediate product needs are met as we move forward. We’ve been working on alternative suppliers in the event that supply disruptions from Japan are prolonged. And, as hard as it is, given our long term relationships with our orthodontists, our Sales Representatives have been advising customers to seek competitive suppliers as our inventories reach critical levels.

We’d also like to take a moment to set the record straight regarding certain rumors that have been circulating in the orthodontic community. First is the rumor that products shipped since the disaster are contaminated. This is not only false, but impossible as no shipments have left their facility from the moment of the earthquake. This simple fact aside, you can be sure we would scrap every bracket and wire in our warehouse before ever allowing dangerous materials to reach you and your patients.

In addition, some suppliers have been soliciting our customers by claiming to ‘be there to help GAC’ implying some sort of cooperative arrangement. This is also untrue; we have not endorsed arrangements with anyone to supply our customers. We believe crisis has a way of revealing character. Our orthodontists value unquestioned integrity as we do, and ultimately we think they will reject those that seek to exploit this tragedy with falsehoods for personal gain.

Most often we find that extreme circumstances bring out the best in people. Long time customers have called expressing their concern and support. Several new strategic partners have insisted on going forward with DENTSPLY GAC despite being given the opportunity to exit in the wake of the situation. And in looking for alternative sources of supply, many manufacturers, including those who days earlier were strong competitors, have offered help. To all of you, while ‘thank you’ seems inadequate to express the way we at DENTSPLY GAC feel about your actions in this difficult time, we want you to know how much we appreciate the support we continue to receive daily. Clearly, the values of integrity and respect are shared by you as well!

We will continue to communicate with all of you openly and transparently as we work through this. As we do, it’s important to us at DENTSPLY GAC, and our parent company DENTSPLY International that you know how strongly we value Unquestionable Integrity and Mutual Respect. It’s not only how we act, it is who we are. In the end, it’s why we know this period will not be the end of long-standing relationships, but instead it will reaffirm why they existed in the first place. 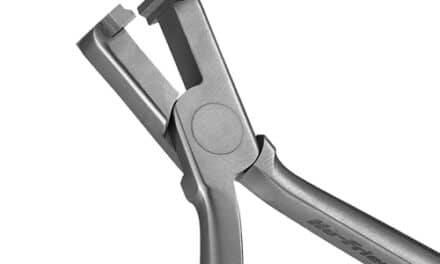