The Orthoevolution of Orthodontic Archwires 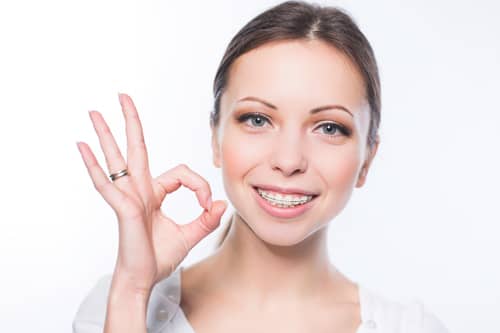 Orthodontic mechano-therapy has significantly evolved in the last 20 years.

Orthodontic archwires have significantly changed within the last 20 years.1 Archwire material has evolved from gold wires, to various stainless steel, as well as nickel, beta, and copper titanium wires. The shape of archwires has also evolved from round, square, and rectangular to recent beveled surfaces. There have also been significant arch form changes.

Thurow2 found friction is created if the archwire is deflected at a higher angle as it enters or exits the bracket slot. This important angular “friction” can be minimized by diminishing vertical malalignments early in treatment. Using heat activated, multi-modulus wire (differing levels of force throughout the wire) eliminates angular friction due to increased flexibility of the wires. This vertically aligns brackets and minimizes angular friction in finishing wires.

Thorstenson and Kusy3 found, “Because resistance to sliding affects all stages of treatment, the practitioner should revisit the treatment goals before selecting the appliance. Although a low value of resistance to sliding might be desired during the early stages of treatment, a large value might be optimal for later stages. For a given plane of space, the amount of clearance (and therefore, the angle through which clearance exists) will be inversely related to the amount of control that the orthodontist has over root positions.”

Archwire material selection can affect the application of optimum orthodontic forces to teeth to produce ideal conditions for safe, comfortable, and fast tooth movement. Storey and Smith4 determined that different teeth require different forces for movement. Much has been done to nickel titanium archwires to vary the elastic forces within the same nickel titanium archwire. These archwire surfaces have also been treated to minimize friction.

Innovations began with light forces and heat-activated/thermal NiTi wires. These wires are soft and pliable at room temperature, which permits easier insertion into the bracket slots. As the wire warms to mouth temperature, (98 degrees, +/- a few degrees), the wire becomes more “active.” This initial wire applies forces to begin tooth movement. Today, nickel titanium wires come in varying applications, ranging from lightest force on anterior teeth, to more active forces on posterior teeth. This unique combination of heat activation and differing, individual force application is one I consider best for my patients.

Nickel titanium archwire also has added resiliency. However, the wire may be overstressed during insertion into the bracket slot. There is a bending limit to each type of NiTi wire. Forcing the wire past the limit causes unwanted permanent distortion in the wire, from which “memory wire” cannot recover.

The clinician should evaluate the extent to which the wire can be flexed without permanent distortion. To determine whether or not the archwire is permanently distorted, it is best to partially remove it from the patient’s mouth. These distortions could indicate that a smaller diameter NiTi wire should be inserted to permit correction of the tooth malalignment. Later, increased diameter wires can be carefully evaluated to determine if they can be safely inserted, without permanent distortion.

Keep in mind that nickel titanium wire is also available with Curves of Spee and varying degrees of torque, as well as utility arch forms. There are also NiTi wires with surface coatings, which may reduce wire surface friction by 30%.

I believe innovations in high technology wires will continue in the future of orthodontics, as we have seen with the introduction of beta titanium archwires. Beta titanium wire appears to be the intermediate wire between NiTi wires and stainless steel. This unique wire has half the force of stainless steel and twice the flex.

In addition, beta titanium can be adjusted, within certain limits, to allow the clinician to individualize the archwire forms for each patient. “Beta T” permits asymmetric arch formation, torque, vertical and bucco-lingual bends, as well as rotation bends. Yet, even with these bends, the Beta T still has a certain degree of flexibility. This permits the change from generic NiTi to individualization of orthodontic archwire creation. This makes wire insertion gentle and lessens discomfort after the insertion. To me, beta titanium is the “bridge” from NiTi to stainless steel archwires.

Another archwire variation can be seen with the introduction of copper NiTi. This material permits insertion of larger sized archwire earlier into orthodontic treatment. Copper NiTi has a smooth surface, which I’ve found helpful in molar tube insertion. In addition, copper NiTi appears to be more resistant to permanent distortion than other nickel titanium wires.

The final archwire material I make use of in my practice is medical grade, accurately manufactured stainless steel. Stainless steel wires permit the finishing moves required to achieve the final arch form, in all dimensions. In today’s market, there are various sources of stainless steel wire. Personally, I need all wires to be accurately manufactured to the exact size, in all dimensions and flexibility (or stiffness). “It is the corners of the arch wire that give the most control,” I stated in a previous article.1 Rounded corners could minimalize the exact amount of torque, rotation, and vertical adjustments in finishing.

The Advantages of Square Wire 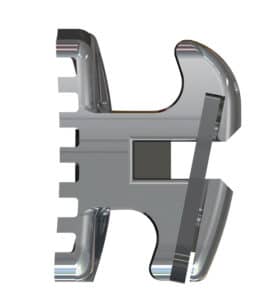 Clinically, square wire is the ideal orthodontic archwire to move teeth (Figure 1). In the past, round wire was thought to be best for sliding mechanics (minimal friction). However, round wire has no torque control. Rectangular wires, meanwhile, were used for torque and finishing (maximum friction).

In 38 clinical orthodontic years, I’ve found square wire is ideal for most tooth movement (minimal friction) with better tooth control. Square wire has all the advantages of round wire, for sliding mechanics, and most of the advantages of rectangular wires for control. The main deficiency of square wire, however, is small width control. Approximately, 25% to 40% of my cases may still require one rectangular archwire for finishing.

Nickel titanium wires with temperature sensitive, individual forces throughout the same wire have proved to be excellent for initial placements. I use a .018 slot, and, because of the features I have already discussed, I begin nearly all of my wires with .016 x .016 nickel titanium wire. After 2 to 3 months, I change to .018 x .018 nickel titanium wire (again with temperature sensitive and individual forces) for another 2 to 3 months. This gives me initial alignment and permits space closure, or arch expansion with push coils. Individual arch forms can also be initiated, with removable palatal bars—and periodically, lingual archwires.

The .018 x .018 NiTi wire vertically fills the .018 bracket slot. Thus, from this early stage, the archwire is beginning to place gentle forces on the programmed bracket slot. Tooth positioning (tip, torque, buccal—lingual and vertical), and the goals of malocclusion correction begin early in treatment. The exception to this approach is if one or several teeth are markedly malposed, and require a differing amount of archwire positioning in order to bring the tooth into better alignment. This allows the original programmed bracket slots to be utilized. 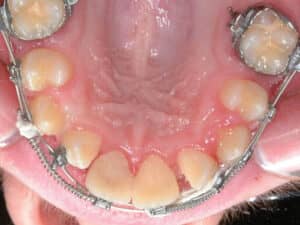 Figure 3: Twenty-two days after the initial placement of the piggy back wire and main archwire.

In the above case, I would stay with a smaller beta titanium or stainless steel wires, which I can contour to the required movement to place the tooth in a more normal arch position. The other alternative is to place the .018 x .018 NiTi wire, but not engage this wire into the bracket or brackets of the malposed teeth. Instead, I place .016 x .016 nickel titanium sectional wire, or wires, which are placed on top of the main archwire, and stainless steel ligated to place. These wires are often called “piggy back wires” (Figures 2 to 4).

Recently, I added Nitinol HA copper archwires to further tooth movement, especially in larger sizes (.017 x .022, in the .018 slot). My limitation with nickel and copper titanium wires is the generic dental arch shapes. Nearly all of my patients require individual arch forms and shapes. Therefore, I follow up nickel and copper titanium wires with .018 x .018 beta titanium archwires. These wires have some of the “memory” flexibility of NiTi wires, and can be individualized.

Orthodontic archwire material innovations currently available are as important as bracket selection, when planning patient treatment. The balance required between friction and control has improved with nickel, beta, and copper nickel titanium wires. A square wire approach is suggested as an ideal combination for treatment. Future innovations will continue to advance our profession, and the way we treat our patients. This is all part of the Ortho-Evolution.5 OP 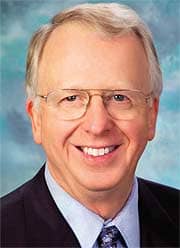 Michael C. Alpern, DDS, MS, completed his dental training at Ohio State University before going on to serve in the United States Air Force. He later returned to Ohio State University where he earned his orthodontic certificate and a Master of Science in Orthodontics. Alpern is a Diplomate of the American Board of Orthodontics and a member of the Edward H. Angle Society. In addition to authoring and co-authoring a number of journal articles, he is the author of the textbook, The OrthoEvolution: The Science and Principles Behind Fixed/Functional/Splint Orthodontics. He maintains a private practice in Port Charlotte, Fla. 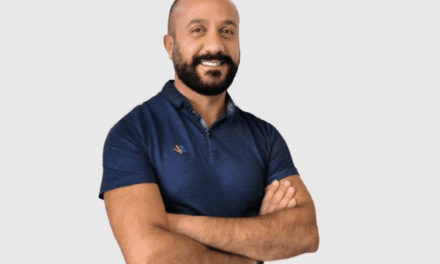