The pros and cons of building satellite offices

My philosophy when it comes to building satellite office locations is “if we build it, they will come.” Orthodontists are the only business owners who build “factories” and keep them closed for several weeks out of the month. For some reason, we think we need satellite practices to be successful. I think we can achieve success with one location or with multiple locations. In this article, I am going to delve into the workings of a satellite office as well as the benefits and drawbacks of having multiple orthodontic locations.

Why Build a Satellite?

I have three orthodontic offices. Why? Well, satellite offices are usually created to increase the size of the practice, to offer convenience to patients by setting up a closer location, and to be closer to referring dentists. I considered all of these factors before I opened up each location.

Although I have even been called greedy by another orthodontist who sent an anonymous letter stating, “With three offices you must really be hard up for patients…it’s jerks like you that always take and never give,” lack of patients and greed haven’t made me open satellite locations. My satellites have been strategically placed in cities that needed orthodontists. I have been very careful not to just open offices so I can get “a piece of the pie.” The decision to start satellite offices was based on need, growth, and goals for my practice.

In 2006, I built two offices right out of school. I started my satellite office in the city of Fruita, Colorado, while my main office in Grand Junction was under construction. Fruita didn’t have an orthodontist, and the population was growing. I saw the opportunity and jumped on it. At that time, there were only three dentists in Fruita, and two of them referred to a competing orthodontist. Two more dentists have started practices since then. Fruita has two elementary schools, a middle school, a junior high, and a high school. At the time, plans were being made to build a hospital in the near future. These scenarios all factored into my decision. Plus, I needed somewhere to work while my main office was being built.

My Fruita location is only 15 miles from my main office. Many thought I was crazy to invest in a second location that was so close to my main office. I was assured that patients from Fruita would just drive to my Grand Junction office for their appointments. My thought was that, if I built in Fruita, convenience would be on my side. This small town was growing and wanted to keep things local. Fifteen miles may not seem far to drive to see a specialist. However, orthodontics is different from other medical and dental professions. Patients are committing to seeing you regularly for the next 2 years. It isn’t a once-a-year check-up. Convenience and time are important factors when parents are choosing treatment for their children. If they have to leave work, check their child out of school, drive to an appointment, and then back to school or work, that is a lot of driving and a lot of time invested in each appointment. People in Fruita were thrilled to have a local orthodontist, and my practiced flourished. In fact, by the time I opened my doors in my main location, my satellite had grown tremendously.

The front desk of Jolley’s first satellite in Fruita, Colorado.

I did choose an inexpensive option for my satellite office, which I would highly recommend for new orthodontists wanting to start a satellite practice. When I first opened shop in Fruita, I was working out of a general dentist’s office when he wasn’t there. He bought the panoramic machine and I bought the cephalometric arm, which saved me a lot on my start-up cost. Working in the same office helped both of our practices grow, as we both were advertising and bringing in lots of new patients.

In just less than a year, I needed to build out a back room in his dental office with two extra orthodontic chairs in addition to his closed operatories. It was a mini open bay. Due to the growth of both of our practices, by the time I hit the 2-year mark my practice had to move out and build our own building in Fruita. In my opinion, working out of a dental office is a great, low-cost way to test the waters. It provides an opportunity for growth in a new area without a dramatic increase in overhead. Additionally, the bank loved that we already had a growing patient base when we needed a loan to build our own office.

Fruita is smaller than my main location, but I can do comprehensive orthodontic care there. Building a fully equipped satellite office is great for patients and a smart choice if financially feasible. Selling a full-service satellite practice in the future will be more profitable if you want to sell that practice independently. In fact, some business plans may include creating a satellite practice, building it up, and then selling it off.

On the other hand, satellite offices can be built for less of an initial investment if you plan to use them only for adjustments and checks. Does your satellite office need an x-ray machine? How many chairs do you need? Will you just be doing preventive and interceptive treatment or screenings? These questions need to be considered as you prepare to build your satellite office.

There are also tax advantages to having satellites. A company vehicle can be expensed when multiple locations are considered. More equipment and building expenses create more depreciation (but also more debt).

Jolley built his first satellite office while his main location, in Grand Junction, Colorado, was under construction.

My Grand Junction office opened 9 months after we opened the doors in Fruita. At the time, the ratio of orthodontists to dentists was perfect and the population was adequate. There are multiple hospitals and various schools in Grand Junction. I placed my office right in the middle of the city from all directions. Oddly, many people said that no one builds “out there” because it was “lower income.” Interestingly, dentists and specialists in Grand Junction congregate in locations close to one another. I placed my Grand Junction office far away from any other specialist. This strategy has been very successful for us, because we are centrally located and have great visibility.

Four years later, I opened my third office in Montrose, Colorado. Montrose is 60+ miles away from my main location. The opportunity in Montrose came to me in a different way. The only pediatric dentist in Montrose contacted me and wondered if I wanted to work directly out of his office. It took me about 2 seconds to make that decision. This was an orthodontist’s dream: Direct referrals from a pediatric dentist and an office to work in? Of course! My goal was to go there once a month and keep it very small. When I looked at the population and the dentist-to-orthodontist ratio, I got even more excited about the opportunity. Although I really wasn’t seeking to open up a third office, I reevaluated my practice goals and what I really wanted for the future.

Montrose was my most inexpensive satellite thus far because the pediatric dentist already had a themed and kid-friendly office with an open bay. Other than buying a few more computers, there hasn’t been a huge financial investment. One of the disadvantages of sharing an office is that I have to transport all of my staff, supplies, instruments, and appliances to this location. This is currently necessary so we don’t have to spend the extra money to duplicate supplies. We use the pediatric dentist’s x-ray machine, but we have to transfer images on a jump drive and upload them at the main office. This isn’t the most efficient technique, but it is the most cost-effective solution for now.

In his Montrose satellite, Jolley shares space with a pediatric dentist.

Keeping three offices running as a double specialist in orthodontics and periodontics would have been exhausting as a solo practitioner. I realized that the only way to pull this off would be to bring on a partner. If I wanted a bigger presence in the community, then I needed to treat patients more than 1 day a week. In 2011, I hired a partner to help keep all locations open more full-time. It really doesn’t make sense to have a fully functioning building with patients waiting and keep the doors closed a majority of the time. Even though we orthodontists don’t get much business or financial training in residency, it is easy to run numbers and figure out how outrageous the overhead can be when you can’t use the facility enough. Between my partner and myself, we work 30 days a month, and it is better for cash flow and patients to keep the satellite offices open more.

Another issue to consider with satellite locations is consistency. Your staff and patients need to know when to expect you at each location. This has also helped me to have consistency with my team. Depending on how much travel is required, you have to figure out if your team will travel with you to all your locations. My team does, but that might not be feasible depending on the distance, since employees get paid for their travel time. However, it can get tricky trying to find very part-time employees who have the skills you require and can make your schedule work for their lifestyle and needs.

One pitfall of having a satellite office is that you can spread yourself too thin. I felt it was a waste to keep my satellite offices closed so much, and my solution was, for a short time, to work 6 days a week. It’s never worth sacrificing your quality of life to keep another location open 1 more day a week. This type of schedule was destructive. I felt that I was going a hundred miles an hour.

Another consideration is that satellite offices often stay closed for many days of the month, and their cost may be more than the cash flow they create. The best-case scenario would be to split time equally among all office locations. A orthodontists, we tend to gravitate toward our main office, and oftentimes our satellite offices don’t get the attention that they need.

The AAO recently surveyed orthodontists who had satellite locations. It was concluded that, “Despite the ability to expand a patient base and increase net income, most practitioners would not encourage young orthodontists to establish a satellite location.”1 However, I am one young orthodontist on the other side of that survey who would say that satellite offices can be successful if you do your research and weigh the pros and cons. I have had great success by slowly starting practices and expanding them when the patient growth and cash flow can support them.

All in all, despite the cost, increase in overhead, and the challenge of finding trained assistants, it has been worth every effort to keep my practices going strong. The benefits have outweighed the costs for the goals of my practice. My advice is to consider your practice and life goals when starting any endeavor, including opening one more satellite office. If you decide to open another practice, go into it with all your heart and it will pay off.

Tyler H. Jolley, DMD, is an orthodontist and periodontist in private practice in Colorado. He can be reached at

The Best Thing I Ever Did for My Practice 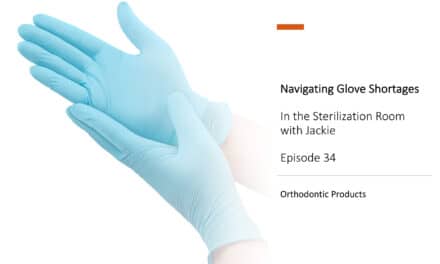