Researchers in the United Kingdom looking at factors influencing patient-reported quality of life in pretreatment orthognathic surgery found that women are more aware of their facial deformity and report a greater social detriment when compared to men. In addition, patients with a higher orthognathic treatment need report greater functional disadvantage.

The study appears in The Angle Orthodontist.

The researchers set out to investigate the relationship between condition-specific quality of life (QoL) and occlusal/skeletal traits of pretreatment orthognathic surgery patients.

Patients referred to orthognathic surgery during the 2012 to 2014 period were asked to complete the Orthognathic Quality of Life Questionnaire (OQLQ) at consultation. In addition, patient demographics, indices of treatment need, occlusal traits, and cephalometric variables were recorded. The researchers carried out bivariate analyses between the OQLQ scores and the clinical measurements. Significant variables were added to a multivariate regression model to determine the effect of these predictive factors on OQLQ.

The study recruited 102 patients. Initial analyses showed that gender and overjet were significantly associated with the overall OQLQ score. Being female increased the overall OQLQ score by 15.6 points when compared to males (95% confidence interval [CI], 7.4–23.8). Females also had significant associations in the social and awareness domains of the OQLQ. The magnitude of overjet away from normal values was associated with poorer overall QoL, with significant relationships in the esthetic and functional domains. The Index of Orthognathic Functional Treatment Need was significantly associated with the functional domain of OQLQ, with patients in category 5 scoring a mean of 10.0 points more than patients in category 4 (95% CI, 2.1–17.8). The Index of Complexity, Outcome and Need and other cephalometric variables were not associated with the OQLQ. 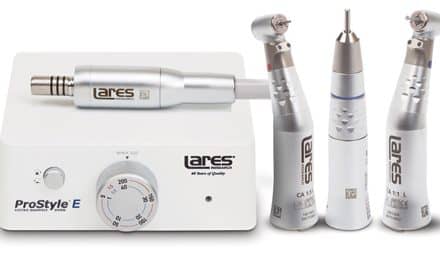 CEO of the Natural Dentist Joins The Forsyth Institute Board