According to a recent study published in the Journal of Periodontology (JOP), the official publication of the American Academy of Periodontology (AAP), periodontal disease may negatively affect an individual’s smiling patterns and deter someone from displaying positive emotions through a smile.

The study, conducted at the University of Michigan, evaluated the smiling patterns of 21 periodontal patients while viewing a segment of a comedy program. At predetermined measurement points throughout the segment, the researchers assessed three dimensions of the patients’ smile: the horizontal width of the mouth in millimeters, the open width of the mouth in millimeters, and the number of teeth shown. In addition, the researchers also noted the number of times the patient covered his or her mouth while watching the segment. Individual perceptions of how the patient’s quality of life is affected by oral health were also considered. The data were then evaluated along with a clinical exam of the patient’s periodontal health.

"Since periodontal disease is prevalent in such a large number of adults, we sought to investigate if the disease affects a person’s smiling behavior," said study author Dr Marita R. Inglehart. "Smiling plays a significant and essential role in overall well-being. Previous findings suggest that smiling can affect social interactions, self-confidence, and can influence how people perceive one another."

The study findings indicated that periodontal disease can impact how a person smiles. The more symptoms of gum disease found in a patient’s mouth, such as periodontal pockets 4 to 6 mm deep or loose or moving teeth, the more likely the patient was to cover his or her mouth when smiling or to limit how widely the mouth opened during the smile. In addition, the more gum recession seen in the patient, the fewer teeth he or she showed when smiling. The way patients perceived their quality of life as a result of their oral health was also significantly correlated with the number of teeth affected by periodontal disease. 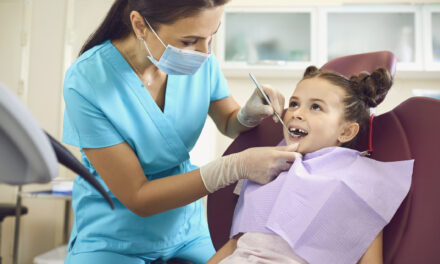