Charles N. Bertolami, DDS, D Med Sc, a leader in the dental research, education, and clinical communities, has been named the 14th Dean of the 142-year-old New York University (NYU) College of Dentistry. He will assume the post on September 1, 2007.

Bertolami is currently the dean of the University of California, San Francisco (UCSF), School of Dentistry; during the 12 years he has served in that post, the UCSF School of Dentistry has led the nation in overall NIH funding for dental schools. In addition to expanding the school’s research capacity, he has also enhanced the school’s clinical and teaching programs, including renovating clinics and laboratories; implemented a new curriculum reinforcing integration of basic and clinical sciences in dental education; established and expanded joint degree programs; and established a year-long postbaccalaureate program for students from economically or educationally disadvantaged groups.

NYU President John Sexton said, “Under Mike Alfano’s deanship, the College of Dentistry went through a remarkable transformation: There was a renewed and powerful emphasis on research, the facilities were upgraded, the role of dentistry was expanded, new health care collaborations were envisioned, the quality of students improved greatly, and the College of Nursing became part of the Dental College. Finding a successor who could sustain that momentum was a significant challenge, but Charles Bertolami is ideally suited not only to sustain it, but accelerate it.

“The search committee, which was led with great professionalism and skill by Louis Terracio, deserves the thanks not only of the University community, but of the thousands of low-income New Yorkers who are served by our dental clinics each year. In recommending a dean with such superb qualifications, the committee has ensured excellent leadership for our dental center. I am grateful for their efforts.

“I also want to thank Dr Richard Vogel, who has served as interim dean since July 2006 and has led the school so ably during these past few months. He is a great colleague and University citizen, and he has earned the respect and gratitude of us all.

“I ask the NYU community to join me in congratulating Dr Bertolami and welcoming him to our University.”

Robert Berne, NYU’s senior vice president for health, said, “If you go to a dentist in the United States, chances are 1-in-12 that you will be cared for by a graduate of the NYU College of Dentistry. We have an obligation, therefore, to ensure that the leader of the school is among the best in the country, a person who can set an agenda for excellence in research, education, and clinical care delivery and envision new possibilities for the role of the profession within the health care field. The search committee did an outstanding job, and we are very grateful and pleased that Charles Bertolami will be taking on the deanship. This is a great day for the Dental College—its students, its faculty, and its patients.”

Bertolami said, “I never thought I would leave the University of California, but I was absolutely astonished by the quality and character of the faculty, the students, the staff, and the senior administration at NYU. I was completely unprepared for their excellence, their commitment, and their vision. I was impressed with the way the chair of the search committee, Louis Terracio, and Bob Berne, worked with me; there was instantaneous trust. The opportunity to help build on the legacy of prior dean Mike Alfano, and to work with Terry Fulmer, dean of the College of Nursing, in one of the most innovative relationships in the health professions, was too good to pass up. NYU is where the action is—and it will remain so for the foreseeable future. I see this as a great opportunity as the next chapter in my life where I hope to be able to make a substantive contribution.” 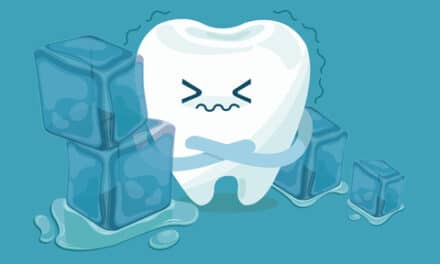