Why Get Involved in the Treatment of Snorers?

I first got involved with the treatment of patients with sleep-related breathing disorders more than 10 years ago as purely a research interest. Lateral cephalometry was proving to be a very useful tool in determining the skeletal and oropharyngeal basis for the narrowed pharyngeal airway observed in these patients. It soon became clear to me that I was not treating snoring simply as a stand-alone complaint.

Simple snorers represent one end of the spectrum of sleep-related breathing conditions. Snoring in itself causes significant disturbance to the family, with an estimated 75% of partners sleeping in separate bedrooms. At the other end of the spectrum, we have obstructive sleep apnea (OSA), a potentially life-threatening condition in which there is repeated intermittent collapse of the upper (pharyngeal) airway. The collapse can be complete, giving rise to a total obstruction and cessation of breathing (apnea) or partial, in which there is a reduction in airflow (hypopnea). Both of these abnormal respiratory events are recorded as present if they last 10 seconds or longer. OSA is a significant public health problem, and is reported to affect up to 4% of men 30 to 65 years old. The prevalence in middle-aged women is estimated to be up to 2%.1

The symptoms of OSA can be broadly divided into those that occur during sleep and those present during the daytime. Of the nocturnal symptoms, snoring is by far the most common source of referral and treatment. It is classically very loud and more of a problem for the rest of the family than for the patient himself. It is often interrupted by silent periods (apnea), during which the sleeping partner reports arrested breathing and snorting or choking episodes, which represent the termination of an apnoeic episode as the patient struggles to resume breathing. Of the daytime symptoms, excessive daytime sleepiness is by far the greatest cause for concern. It can result in the patient’s falling asleep at unexpected and inappropriate times—in extreme circumstances, this could be while talking or eating. Research has demonstrated that patients with excessive daytime sleepiness are seven times more likely to be involved in road traffic accidents than unaffected individuals.2 These patients are a hazard not only to themselves but also to the general public at large.

Mandibular advancement appliances (MAAs) are increasingly being recognized as an effective alternative treatment in patients with mild to moderate OSA. The principal mode of action of these appliances is anatomical. They hold the mandible in a forward position during sleep, and as a result the tongue and, to a lesser extent, the soft palate are also drawn forward, thereby increasing the size of the upper airway. There is considerable variation in the design of MAAs. They may be prefabricated or custom-made using a soft or hard plastic in a one- or two-piece design. The latest generation of MAAs offers to the patient the ability to self-advance the mandible in a gradual and incremental fashion. This has the potential to not only minimize patient discomfort and thereby improve compliance, but more importantly it can achieve better therapeutic benefit. MAAs offer numerous advantages: They are clinically effective at treating mild to moderate OSA; they are relatively inexpensive; they are noninvasive and reversible; and they are quiet and well tolerated. More recent evidence has shown a reduction in nocturnal blood pressure as a direct result of MAA wear.3 Furthermore, patient preference is greater for MAAs when compared with other nonsurgical treatments.4

The provision of MAAs for OSA patients is well within the scope of the dentist and his team, provided he has been suitably trained to use these appliances and works in conjunction with a sleep clinic. A custom-made MAA is recommended and simply requires good impressions of the upper and lower teeth, along with a bite registration.

I would certainly say that I have been positively humbled by the gratitude bestowed upon me by patients and their partners alike for the “improvements to their quality of life” resulting from this simple form of treatment. As such, I would highly recommend getting involved in this field and making a “real” difference to these patients.

Ama Johal, BDS (Hons), MSc, PhD, FDS, MOrth, FDS (Orth) RCS Eng, is a senior clinical lecturer and honorary consultant orthodontist at Bart’s and The London School of Medicine and Dentistry. He can be reached at

Patients Should Be Aware of Oral Bisphosphonates 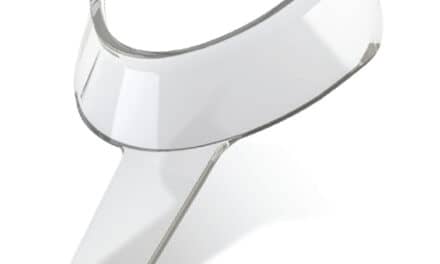