On July 31, the Organization for Safety and Asepsis Procedures (OSAP) kicked off its landmark fundraising campaign to increase the safety of dental care worldwide at its 2006 annual symposium in Tucson, Ariz. Thanks to the generosity and commitment of all the clinicians, consultants, companies, and publications who participated in the charity auction, the organization reached its first $100,000 milestone.

"It’s a fantastic testimony to the strength of the $1 Million = More Than 1 Million Lives Safer Worldwide campaign, which was the theme of the auction," said Andy Whitehead, Association Chair and auctioneer for the event. "What a great start toward obtaining the resources to help improve the safety of dental care worldwide.”  The $1 Million = More Than 1 Million Lives Safer campaign will provide critical funds that will allow OSAP to expand its programs, undertake new projects, and lead the way in helping dentistry address the rising threat from infectious disease. The goal is to raise $1 million by the end of 2008.

The Auction was one of the events of the Annual OSAP Symposium, which featured a program that included the head of the Oral Health Division of the World Health Organization and other internationally renowned speakers. A summary of the meeting is available on the symposium page of the OSAP website. 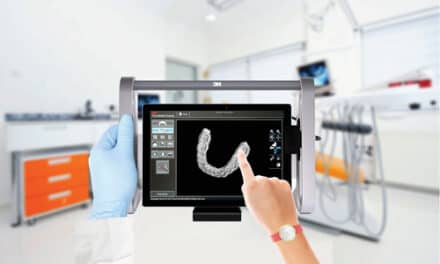