What Makes a Great Team

More than a strong leader, it is a Doctor’s Advocate

Recently, after years of pondering the question, “Why are some teams great, while others are not?” I had the veil lifted from my eyes. First, a bit of history….

During the past several years, I have confined my practice to on-site work; contracts have been a 1-year commitment with the option of renewal. John Murphy, DDS, MS, from Chicago was my first client under the new arrangement. After my first visit there, I began to feel that this was a different sort of staff, and while they too had their problems, concerns, and staff issues, there was a fiber running through this office that caught my attention. John’s wife, Cathy, who is a staff advocate, shared her point of view on the subject, and I was left with this: “A staff that truly cares about each other and is willing to look after each other can only then look after their doctor and in turn their patients.”

I took this idea with me, examined it, and shared it with other teams for more than a year. Still, I realized that there was something missing, and when that something was found, it would balance the equation.

Recently, I spoke to Cindy Marx, a successful former treatment coordinator/office coordinator who is now a consultant. I shared with her that Dr Murphy’s team was about the only team with whom I was currently working that truly seemed to be enthused when they knew I was scheduled to come in. They came well-prepared, and we had space to dwell on the mundane and to have spirited conversations about the essence of a team.

Cindy was the one who spoke what had been missing for me, and it was really very simple, yet elegant. She said the difference was two things:  1) A great team has to have one to three staff members with maturity and the willingness to step up when it was needed and wanted. 2) These staff members are always “Doctor’s Advocates,” not at the expense of the team, but for the betterment of the team and the doctor.

With this conversation, my search of the past 3 years seemed to come cascading down into a rich new view on what makes a team really stand out. Here is what I have discovered:
I have seen many very strong orthodontists with a strong nucleus of staff members who took leadership positions to help reach incredible goals, took exceptional care of their patients, and always strove for excellence. I recall thinking that the only great teams were ones with outstanding leaders. Then, I recalled that I had seen strong teams with perceived “weak doctors” as leaders.

Now, I think that how it really works is that—whether or not the orthodontist has strong leadership skills—the Doctor’s Advocates on the team provide the critical energy to achieve outstanding results.

Some of the common denominators of Doctor’s Advocates seem to come down to just a few principals.

? Loyalty: the willingness to do whatever it takes to produce the desired result within selected boundaries and standards of integrity.

? Leadership: the willingness to take up issues with the doctor, any member of the team, or patients.

? Trust: the ability to grant trust to others as well as inspire trust in themselves.

? Maturity: this is not determined by age, but rather by heart and experience.

? Accountability: this mean literally “able to be held to account”; it also entails calling others to account to advance the agenda of the office.

? Commitment: this is an essential ingredient of any leader.

? Training: this includes the ability to fill in almost any- place, or at the least, make it happen.

? Willingness to rock the boat: advocates must be ready to take unpopular stands—even to take a stand with out any agreement whatsoever from anyone.

I now believe that, if a team has the potential to be great and it isn’t happening, and that if the orthodontist would be willing to “buy in” to the idea of Doctor’s Advocates, the dynamics of a great team would begin to take shape. Most often, the doctor is aware of those staff members who always step on the skinny branches to support his vision.

Having said that, I have been in offices where I found advocates in hiding. These had simply not been safe environments in which to call the doctor or fellow staffers to account.

However, once these doctors realized the incredible potential of backing off a bit—to trust, empower, and delegate—magic started happening on a consistent basis. Accomplishing this shift requires working out boundaries, standards, and values on which everyone can agree.

When the Advocate or Advocates are in place in an office, and the team begins to actualize its goals, results include declining stress, increased production and collections, orthodontist working fewer days…and I could go on. This change of environment fosters the growth of individuals within the practice who share the passion and vision of the doctor and, furthermore, nourishes a great team where everyone wins by becoming Doctor’s Advocates. z

Sonny Elliott, former CEO of Paradigm Practice Management and owner of Elliott & Associates, is a public speaker, poet, writer, transition specialist, and award-winning author of “Mom, Dad Are you Listening?” In Nevada, he is recognized as a child development specialist, and routinely provides family counseling for his clients in addition to his on-site office consulting. He can be reached at (775) 851-6149 or [email protected] 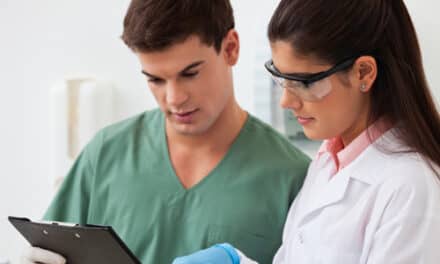 The Ins and Outs of Staff Training

Rising from the Wreckage 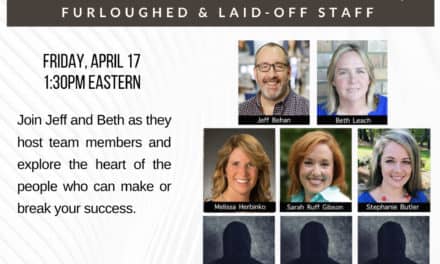