When a Team Member Steals 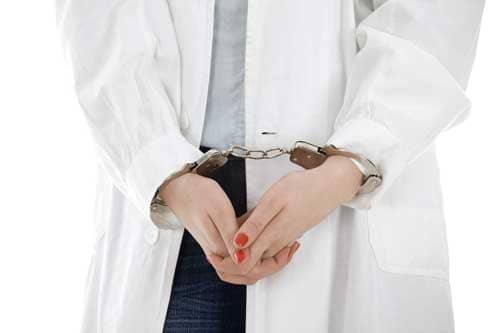 Orthodontic practices attract a range of employees. Some show their dedication by coming in early and staying late. Some are “nine-to-fivers” but give 110% while they’re on the clock. And some are quietly pocketing the profits without the doctor noticing.

Believe it or not, the dedicated employee and the embezzler can look very similar on the surface. So how do you tell them apart, and how do you keep your practice from falling prey to embezzlement?

There is one key difference between the most dedicated employee and the embezzler: transparency. So says Wendy Askins, a senior fraud examiner at Prosperident, which investigates fraud in dental (and dental specialty) practices.

“If you go to your best employee who’s a workaholic—who’s there at all hours, and Saturday or Sunday—and ask them to explain a transaction, they’ll be able to tell you why they did it that way, and you can verify it in the computer,” she explains. “They will have made notes in the ledger and in the treatment notes, because they want everyone to understand.”

However, someone who is stealing will not be able to explain (or will provide an answer that doesn’t make sense). Maybe they’ll say they have to look at their notes before responding—and never get back to you.
Therefore, Askins encourages doctors to “trust and verify”: trust team members, but verify what they say they did.

“Whenever I lecture, I give tips to doctors about things to look at and what to do, to detect fraud,” she says. “Inevitably, I get the comment ‘If I ask my employee about this transaction, she’s going to think I’m accusing her of stealing.’ That’s not true. Accusing someone is different than saying ‘I trust you, but I want to know what you know.’”

Askins refutes a common misconception about embezzlement. “A lot of people think that, when thieves steal, they have to be alone so that nobody sees what they’re doing,” she says. “But it’s not always true. I’ve seen cases where people are in front of a computer from 8 to 5—and stealing money.”

However, doctors and the rest of the office staff don’t always notice what’s going on. And sometimes the embezzler’s coworkers either don’t want to believe that someone is stealing or don’t want to point an accusing finger at a fellow employee.

Askins says that, in the team-oriented atmosphere of an orthodontic office, the doctor and many staff members often don’t want to believe that someone would do something to harm the practice.

“It’s been a taboo subject that we don’t want to talk about because it’s embarrassing,” Askins says.

To avoid pitting employees against each other, Askins encourages doctors to tell their team members the following: “If you see something, say something. Come to me and let me know. I don’t want the person’s name; what I want are the circumstances. Tell me where to look.

“For example, say ‘Dr Askins, maybe you should check the deleted cash payments.’ Do not tell me a name, just where to go to find it.”

Those who protest “But that could never happen to me!” need only look at the data Prosperident has collected. Trying to nail down the overall percentage of orthodontic practices that have been victimized by an embezzler is tough, because many doctors keep it under wraps. However, Askins says she finds evidence of embezzlement in about 75% of the cases she investigates.

“I’ve seen embezzlement in a satellite office doing $500,000 a year and in a practice doing $4 million a year; I try to find the distinguishing characteristics between the two,” she says. “As long as the bills are being paid and the doctor isn’t missing money, money can seep out the door. You can lose 5% of revenue and technically not notice it. If you think about it, in a $4 million practice, that’s $200,000 a year that you could lose track of and not really even miss it.

“When you actually put a number on it, what could you do with that extra money? What if you would divide it among your staff as a bonus? Wouldn’t you be a hero?”

So when does embezzlement take place?

Though the specific methods are numerous and clever, Askins says that embezzlement generally doesn’t take place in a newer practice; it tends to occur when a practice can afford to lose money without the doctor noticing.

“If a new doctor is starting out and can’t even pay the light bill, he’ll ask more questions. The doctor may not think of that, if they are making $4 million a year,” she points out.

Askins says that embezzlement generally isn’t tied to a particular time of year.

“If somebody steals, they’re going to do it all year long,” she explains. “It may ramp up around Christmastime, but it’s not like someone steals $500 a month and then in December steals $10,000.”

Prevention: Not as Easy as It Sounds

Although many doctors believe they’re immune to fraud, Askins says there is no foolproof method to avoid fraud.

“You cannot prevent embezzlement,” she emphasizes. She also reveals that employees who commit fraud often do so when facing a life event that requires extra money.

“Any decision we make starts out with a pressure or incentive. For example, ‘I want a new car’ or ‘My mother is in the hospital.’ Once that is identified, it turns into an internal factor called rationalization: ‘The doctor got a new car, so I can steal money. The doctor hasn’t given me a raise in 2 years, so I’ll take my raise this way.’

“Doctors don’t understand it’s got nothing to do with them.”

Although finding out a trusted employee has been defrauding the practice can be a shock, orthodontists who find themselves in this situation are not alone.

“Doctors say, ‘I have policies in place’ or ‘My staff member has been with me for 20 years; we’re close friends.’ What they don’t realize that, in every case of embezzlement, nobody said, ‘I want somebody to steal from me.’” OP

Kirsten Lambert is a freelance writer for Orthodontic Products. She can be reached at [email protected]. 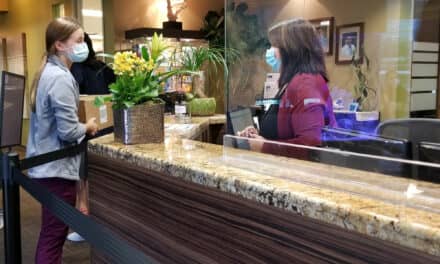 In Their Own Words: The Pandemic’s Impact 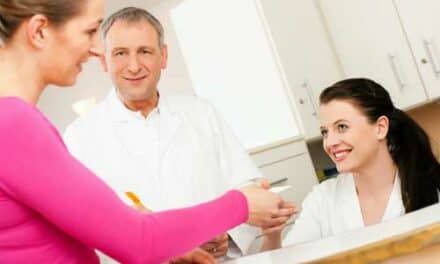 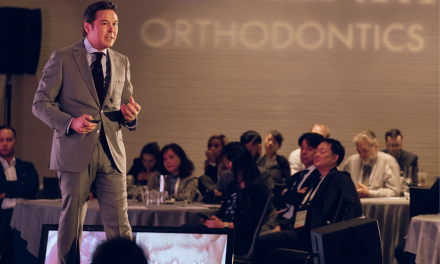