The War on Boredom

How to keep patients and parents entertained in the waiting room 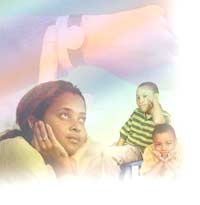 Magazines. Lots and lots of magazines. Orthodontists are arming themselves in the war against boredom, a war that begins anew every time a patient plops himself into a treatment chair and his or her family members are left with time to kill.

There are plenty of horror stories of parents wandering through treatment bays aimlessly—or, worse, with a scrutinizing eye—and siblings of patients running amok in meticulously maintained orthodontist’s offices.

“If they’ve got nothing to do,” Perry Opin, DDS, MScD, warns, “They’re going to get agitated.”

To stave off parental agitation, Andreas Charalambous, Forma Design principal and project designer for the office of Jill Bruno, DMD—a Chevy Chase, Md, orthodontist’s practice that has won numerous awards for its interior architecture—recommends a healthy dose of office flexibility.

“It’s all about making everyone comfortable,” Charalambous says.

In Bruno’s office, family members have choices. If they want, they can lounge and flip through magazines while they wait in the reception area. Ottomans—modern, wheeled stools reminiscent of contemporary mushrooms—dot the waiting room, readily available for parents who want to marvel over one child’s doodlings while the other is having an archwire changed. The same ottomans inhabit the treatment bay for parents who want to sit nearer to their children.

“We have created an accommodation for the parent to be with the child at all times—whether that’s in the reception area or near the [treatment] chair,” Charalambous says.

The same air of flexibility permeates the La Jolla, Calif, office of Gary Hirsh, DDS, MS. Parents can fix themselves a cup of coffee, flip through a magazine, or chat with the staff or orthodontist in the treatment bay.

In Washington, Ga, Michael B. Rogers, DDS, invites family members to take a seat, or, more appropriately, a window seat across from the patient.

With family members invading all spaces of the office, from treatment bay to reception area, the walls of the waiting room are beginning to blur.

“It really depends on the personality of the parent,” Opin says, “There are some parents who beat their kids to the [treatment] chair, [because] their children need them to hold their hand through the procedure. There are some that just want to sit back and read a magazine.”

When appointments run longer than an hour, family members often head out—either for the local shopping area or to run some errands.

“For those parents or other family members who would like to leave during the procedure, we are located near one of the largest shopping areas in our town,” Rogers says. “We offer to contact the parent by cell phone when the procedure is complete.”

Hirsh’s office calls the parent’s cell phone 10 minutes before the procedure is over—a friendly reminder that they have children to pick up.

Is Coffee Worth the Mess?

With shopaholics satisfied by local shopping areas, Hirsh turned to pleasing the caffeine-obsessed.

Five years ago, he invested in a coffee and snack bar, which offers fresh Italian cappuccinos and coffees—money well spent, in his opinion.

“I think it’s what makes the office different,” Hirsh says. “Our coffee isn’t like Starbucks; it’s the kind of coffee that you get when you’re at a fancy Italian restaurant.”

Despite their addictive appeal, coffee and other beverages do have a major drawback: “The problem is we got spillage,” Opin, who has tried serving beverages in his office, says. “I’ve seen it many times—the drinks get all over the carpeting and furniture, and it just makes a mess.”

Rogers has found the mess just isn’t worth it. “We had a coffee bar 20 years ago,” he says, “and [we] removed it because of stains in the carpet and the furniture.”

Zaytoun Orthodontics, in Raleigh, NC, whose offices also include wireless Internet access and video game machines, has never had a problem with its juice and coffee bar.

“If you’ve got an attentive receptionist, it’s not an issue,” Henry Zaytoun, Jr, DDS, MS, says, “We’re all about service for our patients. … If we don’t exceed their expectations, we can’t compete.”

Caffeine isn’t the only addiction of today’s techno-savvy moms and dads.

Recognizing the needs of the Internet-obsessed, Bruno’s office is considering installing a computer cluster near the front desk on which family members can check their e-mails or surf the Web.

At Hirsh’s office, a 32-inch flat-screen television that displays before-and-after shots of procedures and introduces new orthodontic treatments, entertains and educates family members who wait in the reception area. “It’s a way to build confidence in the office,” Hirsh says.

In the treatment bay, an overhead television set loaded with a PlayStation® game system adorns each of the La Jolla office’s six chairs, allowing siblings or parents of patients to play games or watch movies. Individualized headsets for each system ensure that a movie playing on-screen doesn’t distract a busy orthodontist. The system cost around $6,000, and Hirsh says it was worth the investment.

For Rogers, the 125-gallon tropical fish tank and bustling aviary in his waiting room weren’t enough. Rogers has an arcade game room, Internet access on a computer, and a flat-screen television. Like Hirsh’s flat screen, Rogers’ is all business.

“The flat screen in our office is used to promote our doctors, our staff, and our patients. Not to watch cable TV,” Rogers says. “We have a photo slide show of our doctors with their families; our staff and their hobbies; upcoming events, such as patient parties; contest winners; cartoon photos; and we display information such as how to brush with braces.”

Photo slide shows for televisions can be customized as DVDs by companies such as Dogwood Hills Communications Inc, which offers the Waiting Room DVD. Although practice-specific programming may be informative, many offices still prefer entertainment aimed at pleasing the younger crowd.

Eight years ago, when opening Family Orthodontics of Woodstock in Woodstock, Ga, the owner of the practice, Todd Asarch, DDS, decided to have his office filled with games and television sets.

“We wanted to set ourselves apart from the competition,” Sarah Young, the office manager, says.

“We value our patients and want them to feel special that we would provide the extra perk of games and movies when they come to see us.” Young says.

The $10,000 investment in the entertainment system may seem extravagant to some, but Young keeps it simple: “Whatever makes the patients feel special or keeps them occupied is a good thing.”

Back to the Basics

As far as magazines are concerned, Hirsh says that it’s the lighter, celebrity-centric magazines—People, Us Weekly, and Sports Illustrated—that garner the most attention.

“We’ve got Time and educational information on procedures, but hardly anyone picks that up,” he says, “They want something more routine.”

But Hirsh says he still keeps news magazines because some patients expect to see them in the reception room.

“We like to include all family members in our ‘chit-chat’ while waiting,” Rogers says. “We concentrate on staying on time so they don’t wait long. [Family members] don’t notice the waiting time, and they refer other patients if the experience is pleasant.”

An engaging conversation not only occupies parents: Many orthodontists have found it also creates a degree of comfort with the practice.

“We’ve got a wonderful staff that talks to the parents,” Opin says. “That’s important, because they want to know what’s going on. Parents don’t want to be kept in the dark.”

With flat-screen televisions and coffee bars to illuminate their way around the modern orthodontic office, family members are anything but in the dark. It looks like the war on boredom has winners on both sides.

Lisa Ma is a contributing writer for Orthodontic Products. For more information, contact 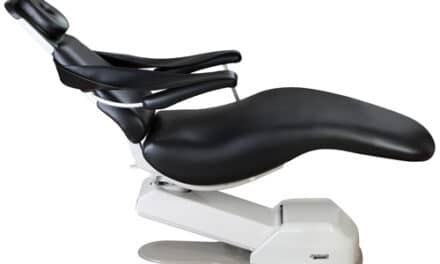