The Truth About Stretching

How to choose the right elastic for your clinical needs

It seems most clinicians do not have substantial criteria for selecting particular elastics. On a given day, these principles may alter from previous clinical experience, an estimate of distance, the type of animal on the bag—or perhaps just using the next heavier elastic will do because of the minimal progress that has been obtained so far. Many clinicians select an elastic auxiliary to create a specific, desired force when, in actuality, this is the reverse of what they should do. It would be more accurate to let the desired force level dictate the choice of elastic.

The traditional standard for selecting, predicting, and marketing elastic force is the force that is produced at three times the inner lumen stretch. At the same time, the literature consistently disproves this standard. In examining three different manufacturers’ elastics, Gioka1 found that the stretch to obtain the marketed values ranged between 2.7 and 5 times the lumen diameter. If one were to make a general statement, it seems that more of the literature supports utilizing higher force levels than the marketed values at three times the inner lumen stretch.1–5

After recognizing factors that alter initial force levels, the other critical area for elastic analysis is the variables altering force decay. The force labeled on the bag represents only the initial force level produced. The forces may easily be diminished over the substantial intervals during which elastics are worn. Overall, there are many variables that make one elastic different from another and make two of the same types of elastic perform so differently. If these variables that alter the elastics’ performance were at least acknowledged, then perhaps a clinician would have more than just the inner lumen stretch as a basis for prescribing elastics.

Various factors affect the performance of elastics: the manufacturing process, the size and type of elastic, latex versus non-latex, elastics versus alastics/elastomerics, the distance of stretch, prestretching, the duration of stretch, and the intraoral configuration of placement.

Due to the differences and difficulties in the manufacturing process and in the integrity and reproducibility of chemical formulations, there is no consistent standardization of force levels produced by any one type of elastic. Compounding factors that contribute to the product variability range from the differences in the source of the initial natural resources to the levels and measures of quality control during manufacturing (Figure 1, below right).

There is a strict correlation between cross-sectional area and the forces generated at the initial extension.2,5 Obviously, the larger elastics are intended to initially produce and maintain heavier forces. When evaluating initial forces and lumen sizes, Bales3 reported that larger elastic have a greater range in initial force levels. Larger lumen sizes had a 10% maximum variation of initial force levels, while smaller elastics showed only a 5% range of original forces. The connection between the type of elastic and force decay are a little less clear.

The lumen length and cross-sectional surface area both have an effect on force decay. Lumen size influences force degradation, with smaller sizes needing to be renewed more often to maintain the planned force application.6 In other words, given a certain distance, an elastic with a larger lumen length would undergo less permanent deformation, so there would be less force decay. When evaluating the cross-sectional surface area, studies have indicated that larger-lumen elastics demonstrate less force decay when compared to lighter elastics.4,5

At the minimum, a clinician should consider the differences in decay patterns and assess the benefit of having patients change non-latex elastics more frequently. It also is apparent that, for longer durations of wear, such as throughout the night, non-latex elastics are not as efficient as latex elastics.

When evaluating latex elastics versus elastomeric chains, an even larger discrepancy exists. Studies have shown alastics have much higher initial and overall force degradation than latex rubber bands.7

The distance the elastic is stretched is also a key variable when analyzing an elastic’s performance. Obviously, the further the elastic is stretched, the more initial force will be produced. At the same time, the larger elongation potentiates increased force degradation.4,8,9 The observed increase in force decay is a result of greater elastic deformation.

The normal range of stretch of an intermaxillary elastic during resting, talking, and chewing is approximately 20 to 50 mm.3,4,10 Manufacturers market their forces for three times the lumen stretch, which for a 1/4-inch elastic is about 19 mm at 3/4 of an inch. Therefore, there are times that the force produced by an elastic is significantly greater simply due to the changing dimension of elastic stretch. Other problems arise as there is no standardization in how to apply the “three times lumen stretch” rule. Is it the distance measured at centric occlusion or at rest? In addition, it could be questioned how accurate clinicians are in estimating the distance of stretch. The overall difference between a 3/16-inch and a 5/16-inch elastic is only 3/8 of an inch, or about 5 mm when stretched out three times. Finally, another variable of distance may be incorporated if you factor in mandibular movement. Overall, it may not be realistic for a clinician to measure with a boley gauge the precise distance the elastic is to be stretched. However, it is important for the clinician to factor in the variation of forces due to opening, closing, and the rest position of the mandible. It also is imperative for a clinician to recognize the change of distance created in those cases undergoing premolar extractions or the difference between attaching the elastic to the first instead of the second molar.

The duration for which the elastic is used also plays a role in its overall performance. The combination of internal and external stresses over time can be measured as force decay. The pattern of force decay for latex elastics consists of two slopes. An initial high slope is observed within the first 3 hours and represents the initial, rapid force reduction. The second slope occurs for the remainder of the stretch and is gradual and relatively small.1 Research that more closely depicts the stresses of the oral environment generally suggests that latex elastics will show approximately 25% to 30% of force degradation in a 24-hour period with the majority of the decay observed within the first 1 to 3 hours.1,2,4,5,11

To accurately estimate an elastic’s force, degradation of that force over time should be considered. Initial force levels may need to be adjusted to account for the decay that occurs over the first few hours. In addition, because of temporal considerations, latex elastics should be changed at least once per day, while non-latex elastics should ideally be changed every 8 hours.12

The oral cavity is a harsh environment that contains an array of potential aging factors, such as pH fluctuations, enzymatic or microbial action, temperature variations, and other mechanical stresses. Although it may be common practice for clinicians to encourage patients to remove elastics during meals, some research indicates this may not be necessary. Beattie6 evaluated elastics statically stretched at three times lumen stretch while exposed to simulated meals. His study showed that the latex elastics maintained their applied force over a day. He concluded that, except for elastic band breakage and brushing, it might not be necessary to change latex elastics more than once per day.

Altering the configuration or placement of the elastic also will have an effect on the vector of force it produces. The horizontal and vertical forces that are produced change significantly when comparing Class II elastics that run from the first molar as opposed to those that run from the second molar. Gioka1 states the vector of force in the horizontal direction varies with the cosine of the angle formed by the vector. Thus, for an elastic with 100 g of force, a 60º angle, and a cosine of 0.5, the horizontal force is 50 grams.

After a 25% initial force decay, the horizontal component may easily be reduced to 40 grams.

In the current literature, efforts have focused on assessing the force decay of chains, mainly because these are expected to function in the oral cavity for longer periods—traditionally, 4 weeks, although today’s practitioners often schedule visits at 6- or even 10-week intervals. With these, studies have shown a high force decay rate, which consists of two slopes: an initial rapid force relaxation and a latent decay of a decreased slope. The initial high-slope decay rate occurs within 3 to 4 hours after extension of the material, whereas the less steep curve follows for the reminder of the examination period.3,4,6,12 One can conclude, assuming the material is the same, that the relaxation of latex elastics follows the same pattern, and that constant renewal of these auxiliaries may not prevent a force-decay scenario. Other factors that play an important role are elastic testing in a dry versus an aqueous environment, the overall oral environment, storage, and the shelf life of elastics.

The conclusions of both clinical and laboratory-based thesis studies conducted at Jacksonville University suggest that elastics should be selected on the desired force rather than the distance between the points of application.13,14 According to these studies, clinicians should choose elastics based solely on the force levels desired. The results of one of these studies suggest that 3/16-inch elastics gave the least variable force magnitudes compared to the other groups. The light and medium elastics gave consistent and equal force levels at the different stretches when progressing from 1/4 inch to 3/16 inch to 5/16 inch, and heavy elastics gave an increasing amount of force when progressing from 1/4 inch to 3/16 inch to 5/16 inch (Figure 2).

The clinical application of the findings gleaned from the literature and the School of Orthodontics Jacksonville University studies guide the clinician to first ask, “How much force do I want to express for the clinical situation I am confronting?” Once this question is answered, the next question is, “How far, on average, will I be stretching the elastic, taking into account the terminal points of attachment both at rest and during function?” Finally, the last question is, “What elastic stretched to what distance will produce the desired force level I seek?”

Figure 1 reveals that light elastics with an inner lumen size of 3/16, 4/16, and 5/15 inches produce forces 100, 96, and 105 g, respectively, when stretched to 3 times the inner lumen distance; the 10 g difference is clinically insignificant. When looking at medium elastics, the force levels generated are 161, 156, and 154 g, respectively—an even more homogeneous mix, again without clinical significance. However, looking at the heavy elastics, the force levels range from 191 to 212 to 248 g; a much larger spread of roughly 60 g or a little more than 2 ounces. This difference may have clinical implications.

Figure 2 is a handy reference table that helps the practitioner to choose the exact elastic required in terms of inner lumen diameter and expected distance of stretch that together produce a given level of force.

In summary, choosing an elastic for intra- or intermaxillary use should not be based on the color of the bag, the city depicted on the bag, nor on the stated force level as advertised. Elastic selection should be a conscious decision on the part of the practitioner based on the need to achieve a specific force level when the elastic is stretched to a certain distance. We have known what we want to do and why we want to do it. We now know how.

Dipak Chudasama, BDS, MSC, MOrth RCS, is an associate professor at Jacksonville University School of Orthodontics, Jacksonville, Fla. He can be reached at

Ryan Long, DDS, CAGS, is in private practice in Jacksonville, Fla. He can be reached at

Laurance Jerrold, DDS, JD, ABO, is the dean and program director of postgraduate orthodontics at Jacksonville University School of Orthodontics and is a nationally recognized dental risk-management educator. He can be reached at 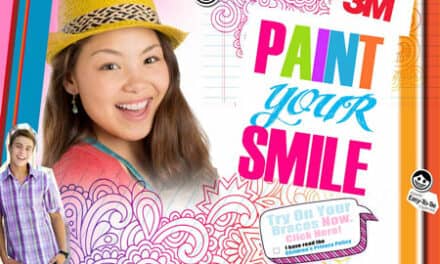