A leading critic of China in the U.S. Senate called on Sunday for creation of a new American "import czar," saying the current maze of federal oversight has failed to protect consumers against harmful Chinese imports.

Sen. Charles Schumer, a New York Democrat who is also helping to spearhead a legislative drive to press China on currency reforms, called for a new oversight post within the Commerce Department to oversee all matters pertaining to the safety of imported goods.

A statement issued by Schumer’s office said federal agencies including the Food and Drug Administration have proven ineffective at protecting American consumers from dangerous Chinese products including pet food and toothpaste tainted with industrial chemicals.

"There are more than a half dozen federal agencies responsible for monitoring, testing, and blocking dangerous or tainted shipments," the Schumer statement said.

A series of Chinese import recalls and food scares has subjected the FDA to criticism over low inspection rates. Last Thursday, the agency said it would not allow imports of Chinese farm-raised catfish, shrimp and other seafood until suppliers can prove the shipments are free from harmful residues.

Schumer’s office said an import oversight officer could coordinate the efforts of other agencies charged with consumer safety related to imports.

An import czar would also be able to actively monitor the day-to-day functions of all agencies responsible for assuring the consumer safety of imported goods, the statement said.

The statement said Schumer had asked the FDA to immediately implement new rules requiring all food, vitamin and cosmetic companies to list the origin of all ingredients that come from outside the United States.

Schumer also urged the FDA to stop giving Chinese manufacturers prior notice of inspections and to collect sample products when inspecting foreign facilities.

There is growing frustration in Congress over a huge U.S. trade deficit with China, which hit a record $233 billion in 2006 and has continued to swell this year.

Many lawmakers believe China’s currency practices contribute to the deficit by giving Chinese exporters an unfair price advantage. Schumer and other lawmakers have seized on Chinese import recalls to bolster their case that the trade gap should be used to pressure China for currency reform.

A bipartisan group of senators including Schumer introduced a bill last month intended to give the U.S. Treasury Department new tools to press China to more quickly raise the value of its yuan currency.

From Manager to Entrepreneur 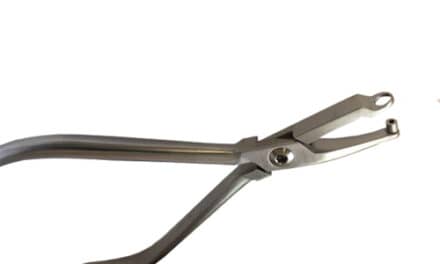 Investing in Your Instruments