How to Help Patients with Eating Disorders 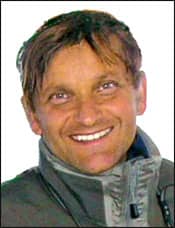 Ocana: An ED is a behavioral manifestation of a brain disorder characterized by abnormal patterns of eating: either undereating, which is anorexia nervosa; or overeating followed by purging, which is bulimia nervosa. A third variety is binge-eating disorder, which is overeating but without purging. Purging is most commonly accomplished by regurgitation, but can also be induced by laxatives, diuretics, enemas, fasting, and excessive exercise. ED is a spectrum of neuropsychiatric disorders that has both genetic and experiential determinants.

OP: How prevalent is ED, and how is it distributed by age and gender?

Ocana: Approximately 5% of my mental health and addiction patients have ED. Most are young women, although people of any age can be affected, whether single or married. Women outnumber men by 10 to one, and about 3% of all young women in society are affected. Self-image is a big factor, so there are many cases in image-conscious professions and among young women who are inordinately influenced by media images. Statistics indicate that in the United States there are about 14 million women and 1.4 million men with ED.

OP: What are the consequences of EDs with regard to orthodontics?

Ocana: The consequences are significant, as all forms of EDs have dental and gingival repercussions. Overeating results in excessive and residual carbohydrates in the mouth, which foster bacteria that contribute to decay and poor dental and gum health. Undereating can lead to malnourishment, another cause of poor dental health. Purging in the form of vomiting is particularly destructive, as the acids that are brought up from the stomach erode tooth enamel and can also produce gum infections and oral ulcers.

OP: What should be the orthodontist’s response to patients with ED?

Ocana: First, the illness needs to be recognized. Other than oral symptoms, in most cases the body weight is less than 85% of what it should be. There are other symptoms beside thinness, including swelling or soreness in the cheeks, dry skin with abrasion of the knuckles, sore throat, and muscle fatigue. Hormonally, the women often have an irregular or absent menstrual period. Psychologically, there is depression, low self-esteem, and, of course, an intense fear of gaining weight.

Secondly, the orthodontist must understand eating disorders as a mental health problem, a manifestation of a brain disorder, rather than a lifestyle choice.

OP: Once the orthodontist has noticed the symptoms, what should he do?

Ocana: He should assess the patient’s condition in a tactful and humane manner. He can express his concern by saying, “You know, I’m worried about you; you don’t look well,” and draw the patient into discussing her/his illness. Once he has determined that there is a likelihood of ED, the orthodontist should consult with the family. Sometimes the family is not helpful and can be part of the problem, so the orthodontist may have to look elsewhere for those who play a supportive role. The next step is to make a referral to an MD, a mental health professional, or a specialist in eating disorders. The orthodontist should not attempt to intervene in treating the illness other than to make the referral as soon as possible.

OP: What other factors should the orthodontist be aware of?

Ocana: The prognosis for many ED patients is not good. It’s like having cancer. It can be mild, medium, or severe, in which case it is very difficult to cure. Anorexia nervosa, especially when combined with bulimia, is life-threatening. I’ve had patients who have died from it. The orthodontist and dentist are often the first responders. It’s necessary for the orthodontist to be educated about ED, to know what treatment resources are available in the community, and how to make a referral. Prompt and compassionate action is essential.

Anthony Ocana, MD, CCFP, ASAM, is a family physician in Vancouver, BC, with a special interest in mental health, addictions, and eating disorders. He has spoken at a number of AAO meetings to help orthodontists recognize and manage EDs in their patients. He can be reached at