According to a study published in the July 1 issue of the journal Sleep, treating pediatric obstructive sleep apnea (OSA) with orthodontic expansion or adenotonsillectomy improves symptoms, but most young children need both treatments to have complete resolution of OSA symptoms.

The study included 32 children who showed improvements after being treated with orthodontic expansion or adenotonsillectomy. However, 28 of the participants needed both treatments for the symptoms of OSA to be eliminated. Two children had no more symptoms after being treated only with orthodontic expansion, and two other children continued to have symptoms after both treatments.

The children in the 30-month study were between the ages of 5 and 9. They were referred to the Stanford Sleep Disorders Clinic for symptoms such as snoring, disrupted sleep, daytime fatigue, and abnormal amounts of movement during sleep.

Half of the children were treated first with adenotonsillectomy performed by an otolaryngologist, and half were treated first with orthodontic expansion using an appliance designed to be fixed to the teeth. After treatment, each child was monitored again by overnight polysomnography and evaluated in the clinic 3 to 6 months later. In all participants symptoms improved but were not normalized, with no significant difference in the two treatment groups—except for the two children whose symptoms resolved after orthodontic expansion. The remaining 30 children were then treated with the second method, followed by another polysomnogram and clinical evaluation.

Although the study achieved positive results, Guilleminault cautions that treating OSA in young children is complex, and more data is needed to formulate rules for decision making. 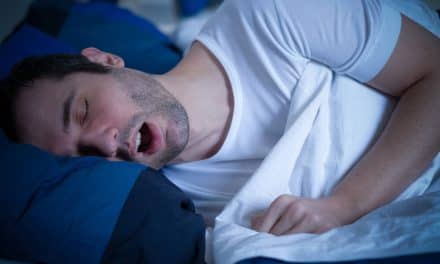