At the American Academy of Dental Sleep Medicine’s (AADSM) 22nd Annual Meeting in Baltimore earlier this month, seven health professionals were recognized for their contributions to the field of dental sleep medicine and the practice of oral appliance therapy (OAT).

Nuha Ahmad, BSDH, MSDH, was awarded the 2013 Graduate Student Research Award for her role in a case study to investigate the relationship between obstructive sleep apnea (OSA) and periodontitis. Among the OSA patient sample, a high risk of OSA was significantly associated with moderate to severe periodontitis, implicating the need for further study.

Fernanda Almeida, DDS, PhD, was awarded the 2013 Clinical Research Award for her development of a framework for an international, multicenter database to help evaluate the long-term, global effectiveness of OAT. Almeida has played a role in forming the Oral Appliance Network on Global Effectiveness (ORANGE), a network of 14 centers in nine countries.

Marijke Dieltjens was awarded the 2013 Graduate Student Excellence Award for her role in a clinical trial that investigated the effect of a new sleep position trainer (SPT) in patients with residual positional obstructive sleep apnea under OAT. The study indicates combined SPT and OAT leads to less time sleeping in supine position, effectively reducing AHI in patients.

Gregory Essick, DDS, PhD, received the 2013 Clinical Excellence Award for his 2-year study which found the rate of first-onset temporomandibular disorder (TMD) was 77% higher in a sampling of individuals with a high risk for OSA. These new correlations pave the way for research on whether OSA predicts the development of TMD.

Aarnoud Hoekema, DMD, received the 2013 Pierre Robin Award, presented to individuals who have exhibited exceptional initiative and contributions to the field of dental sleep medicine. Hoekema is the president and founding member of the Academy of Dental Sleep Medicine in The Netherlands and has published and presented several research articles on OAT.

Stacy Kirshenblatt, BA, DDS, was awarded the 2013 Graduate Student Research Award for her contributions to a study aimed to evaluate the reliability of thermo-sensitive micro-sensors to monitor OAT compliance. Compared to patients’ log time, the differences were not clinically significant, indicating that micro-sensor technology may be useful in monitoring OAT compliance. 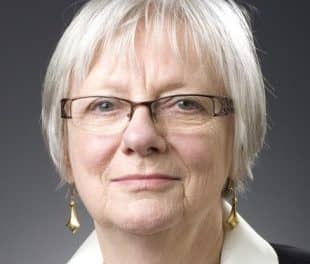