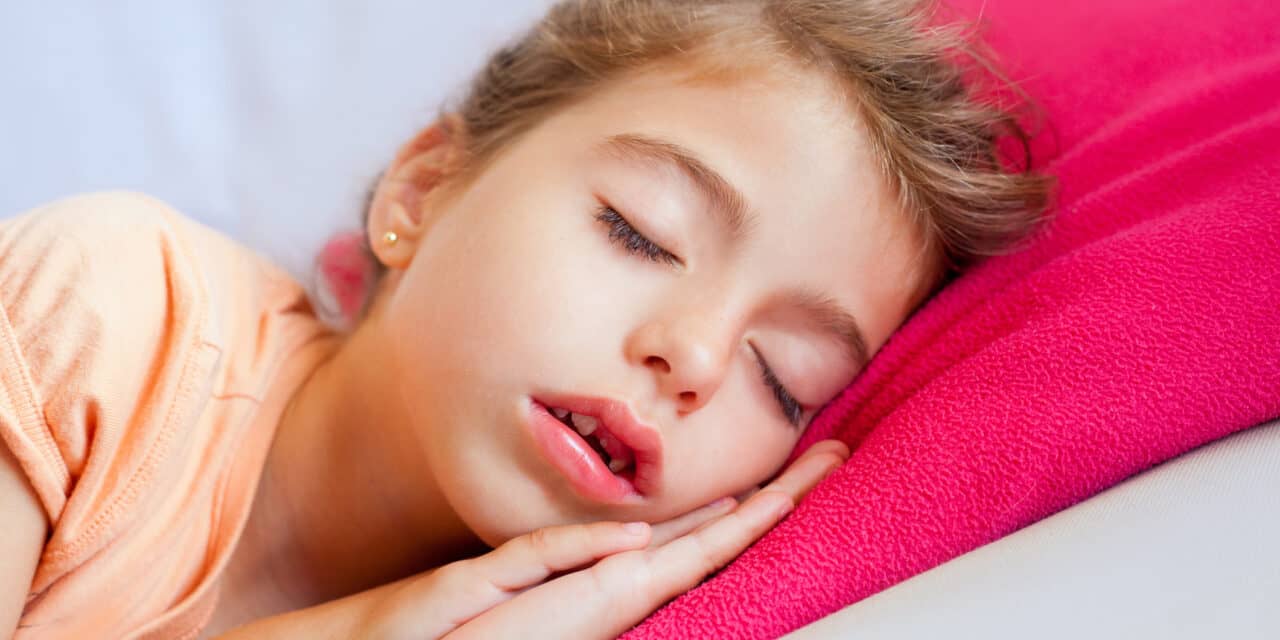 When combined with telegnathics, teledontics offers a treatment option for sleep-related breathing disorders in both adults and young children.

When malocclusion and obstructive sleep apnea (OSA) converge, there is an opportunity for orthodontists, the masters of the science of growth, development, and manipulation of the pharyngorofacial complex (POFC) (Figure 1), to step in using teledontics and telegnathics.1 Teledontics goes above and beyond the standards of traditional orthodontic treatment and care. As defined, teledontics takes a holistic approach to treating the patient. It emphasizes mind-body wellness, with a focus on sleep, oxygenation, hydration, nutrition, physical activity, and stress reduction.

When discussing teledontics in the context of orthodontics, the main treatment goal is to ensure proper functionality of the airway, temporomandibular joint (TMJ), and facial skeletal structures. It is applicable in the treatment of both pediatric and adult patients suffering from sleep-related breathing disorders (SRBD) including OSA. Where teledontics differentiates itself from traditional orthodontics is the ability to start treatment on children as young as 2 to 3 years old to properly guide and influence their facial growth to avoid airway, TMJ, and bite issues, as well as facial deformities later in life. In adult patients, where it may be too late for preventive measures, teledontic techniques support the upper airway by expanding upper arches, nasal cavities, and the lower jaw. In a soon to be published manuscript, I show that teledontics has an in-clinic success rate of more than 90% in pediatric and adult OSA patients. Teledontics uses three-dimensional expansion systems and nonrestrictive appliances to avoid the headgear effect.

In the teledontic approach, for proper diagnosis and treatment planning, every patient, regardless of age, is screened for structural and physiological stability of the POFC including the health of TM joints, masticatory-facial skeletal system, and upper airway. The screening questionnaire evaluates every patient for the possible presence of upper airway and sleep-related breathing disorders. If this screening questionnaire indicates the presence of these issues, then a home sleep study or referral to the sleep medicine specialist is advised to properly determine the presence and severity. With this information, we can plan to focus on prevention, management, or treatment.

A three-year-old patient presented as a bed-wetter who had poor school performance and a tentative ADHD diagnosis. When it came to her sleep, her parents reported that she snored, her sleep was restless, she clenched her teeth during sleep, and she had difficulty waking in the morning. All these factors can be associated with upper airway issues.

I referred the patient to Seattle Children’s Hospital where she was diagnosed with pediatric OSA with an overall apnea-hypopnea index (AHI) of 6.4 (normal pediatric AHI is 0 to 1; mild 1 to 5; moderate 5 to 10; severe above 10); her index score significantly worsened during REM sleep with AHI of 13.5, putting her in the moderate to severe category.

The patient’s primary teeth were worn significantly. She had the normal sagittal position of the maxilla, retrognathic mandible, and a unilateral crossbite on the left side in the seated joint position, but always favored the bite that showed crossbite on the right side (Figure 2). As a result, she had some mild hypoplastic remodeling of both joints, especially the right side, and the clinical presence of mild clicking on the right TM joint.

The size of adenoid and tonsillar tissues was not enlarged enough to justify an adenotonsillectomy. Therefore, the sleep specialist referred the patient back to our office to proceed with the expansion of her jaws and airway. Parents were initially concerned about the long-term stability of orthodontic treatment. I explained that orthopedic expansion of the oral and nasopharyngeal structures, beyond just correction of the crossbite, can create a predictable long-term improvement of the upper airway, a finding that is supported by the literature. The parents agreed to treatment and we started with two teledontic expander technologies: the ApnoMed Expander System/Mandible (AES-M)—a light-cured, lower bonded expander—and ApnoMed Expander System/Unilateral Rapid Palatal Expander (AES-URPE)—a light-cured, upper bonded expander with unilateral expansion capability, both from Space Maintainers Labs (Figure 3).

The maxilla was expanded slowly by one turn every other day, gradually resolving the unilateral dental crossbite on the left side. At this point, treatment proceeded with the removal of bonded wires behind the upper anterior teeth, and the patient started rapid palatal expansion to address constricted nasopharyngeal airway. This consisted of a one-turn-twice-a-day expansion for 3 weeks for over-expansion of the palate and nasopharyngeal airway. At this point, the maxillary expander was locked by tying a 0.10″ stainless steel wire inside the screw holes and left in place for 3 months for proper consolidation of the distraction site in the mid-palate (Figure 4).

The dentoalveolar expansion of the lower arch was started with light-cured bonded AES-M with the slow expansion of one turn on Wednesdays and one turn on Sundays. The patient was instructed to use Myobrace to protect the occlusal bondings against possible damage from grinding at bedtime. The patient was monitored remotely, with pictures sent by the family, and seen every 2 to 3 months.

After 3 months, the stainless steel tie was removed from the expander screw and we started reverse constriction of the upper AES-URPE, one turn every Wednesday and Sunday for maxillary dentoalveolar constriction to coordinate the dental arches. This protocol left the expansion of the nasomaxillary and palate untouched and helped to coordinate the dental arches.

At 8 months, both upper and lower expanders were removed and the patient was instructed to continue wearing large size Myobrace for improvement and coordination of dental arches (Figure 5).

Parents refused to do the in-lab efficacy sleep study due to the out-of-pocket expense. Instead, the second sleep test was completed using the NOX T3 home sleep testing device from Nox Medical. The results showed complete OSA relief with an AHI of 0.6 and SpO2 nadir 95.7. Parents reported significant improvement in the quality of her sleep and academic performance. Bedwetting gradually improved.

At this stage of treatment, the patient will be seen every 6 months at our clinic for further supervision of her pharyngorofacial growth and upper airway stability until the full eruption of permanent dentition and completion of facial skeletal growth. She will continue to see the pediatric sleep specialist and be referred for myofunctional therapy and education to ensure further improvement and stability of the upper airway for proper nasal breathing. She will wear a different version of the ApnoDent as an FDA-registered type 1 medical device for proper growth of the mandible.

If skeletal and dental evaluation after the facial skeletal growth indicates the proper relationship of the jaw structures and absence of SRBD, the patient then can proceed with functional correction of the bite. The presence of further upper airway issues and SRBD can indicate another round of nasomaxillary expansion during the permanent dentition phase, with TADs supported AES.

If abnormal growth of the facial skeletal structures is observed and complicates the teledontic treatment, then treatment will be stopped and postponed until the completion of facial skeletal growth. There may be a need for a combination of teledontics and telegnathic surgery at that time to provide an ideal upper airway and facial skeletal relationship both functionally and esthetically.

Teledontics can also work on full-grown adults, as it did with this 27-year-old female patient who reported: TMJ issues (Figure 7). Upon screening for OSA, she reported suffering from excessive sleepiness, as well as snoring, but not all the time. Without an established diagnosis, she received a CBCT x-ray and airway examination which showed a constricted upper airway. She had a small jaw, the dental arches were narrow, and her tongue seemed too big for her arches. She hit a nine on the Epworth sleepiness scale, plus she had chronic pain in the jaw but presented with no other comorbidities.

Her teeth were straight but with some bite problems. She did not have significant orthopedic instability, but she was a clencher. As OSA was suspected, she was referred to a sleep specialist. After a four-channel home sleep study confirmed sleep apnea, with an AHI of 17 (moderate sleep apnea) with SpO2 nadir of 89%, the sleep doctor prescribed the use of CPAP (Continuous Positive Airway Pressure). The patient refused CPAP treatment and was referred back to our office to be treated with a teledontic-telegnathic protocol which was initiated with bedtime use of ApnoDent, an FDA-approved oral appliance designed to manage her bruxism, TMJ issues, snoring, and sleep apnea, while also improving the bite (Figure 8). (The ApnoDent appliance has been shown to improve the bite regardless of whether or not the patient used braces or aligners.)

An efficacy test was performed after 4 weeks of ApnoDent use. It showed a reduction of AHI to 3.9 with SpO2 nadir of 91%.

At the same time, the patient’s treatment included expansion of the jaws to address her upper airway deficiency. The ApnoMed Expander System/Mirco-Implant-Spring Assisted (AES-MISA) was bonded to the upper teeth, allowing four TADs to be secured to the roof of the mouth. The patient opted for this minimally invasive procedure, Micro-Implant Assisted Nasomaxillary Expansion (MANE) that was relatively inexpensive to “expand the palate.” The patient’s upper jaw was expanded 10 mm non-surgically. Later an ApnoMed Expander System-Rapid Mandibular Expander (AES-RME) was placed, then a 17-minute outpatient procedure expanded her lower jaw about 10 mm wide. We used minimally invasive telegnathic surgery, Distraction Assisted Mandibular Expansion (DAME), between the lower centrals (Figure 9). The case was finished using Invisalign aligners (Figure 10).

The front teeth were kept where they were sagittally and we gradually consolidated the spaces by protracting the back teeth. A beautiful wide smile with a beautiful open airway was created and her sleep apnea was addressed. Total treatment time was 2 years with the use of teledontic and telegnathic procedures plus aligners. After the treatment, her AHI dropped to 3 with a SpO2 nadir of 93%, which is considered within normal limits. The comparison of pre- and post-treatment CBCT images showed significant improvement in the size of the upper airway (Figure 11).

The patient started her 2-year retention phase and continued to use ClearBow retainers at bedtime. As part of the teledontic-telegnathic protocol, her bite was evaluated at our office and fine-tuned twice, once every 6 months, to further stabilize her occlusion. She was hesitant to proceed with an in-lab efficacy sleep test post-treatment, now with the excuse of the pandemic on top of the cost. In the post-retention phase, she will be seen annually for clinical monitoring of her TMJ and OSA. The extra fee for this supervision needs to be communicated with the patient as an option in the post-retention phase. OP

Joseph Z. Yousefian, DMD, MS, received his doctorate from Washington University, and completed his post-graduate training in orthodontics and received his Masters of Science Degree in Biology and Anthropology from Ohio State University. He is board-certified in orthodontics and dental sleep medicine and has a private practice in Bellevue, Wash. He has served as a clinical assistant professor at Ohio State University and the University of Washington. He lectures nationally and internationally, and has contributed over 30 publications in peer-reviewed journals and 12 textbooks.

Read more about Dr Yousefian, his practice, and how he uses teledontics-telegnathics in his practice to treat obstructive sleep apnea. 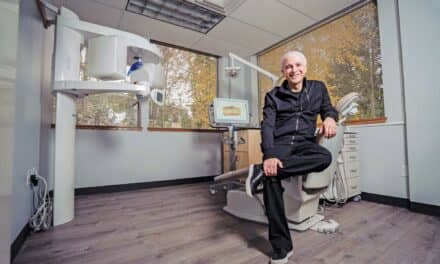