As the use of temporary skeletal anchorage devices (TSADs) has become more prevalent, novel approaches to space closure have become more prevalent as well. With new approaches come new benefits and new complications. Unfortunately, a lot of orthodontic literature focuses on the success that comes with using TSADs, but minimizes or simply does not mention complications associated with their use.

One area where TSADs have been useful is space closure. This article will primarily focus on the protraction of posterior teeth using TSADs, as well as the potential complications that can arise using different methods of biomechanics. 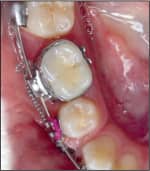 Figure 1: A NiTi closing coil spring tied from the TSAD to the arm on the molar causes rotation of the molar around its center of rotation. In cases that involve crowding, where four bicuspids have been extracted, many times space may still need to be closed once the lower incisors have been properly positioned. With conventional mechanics, orthodontists often use power chain to protract the posteriors to close the remaining space. This method frequently results in over-reclined lower incisors during the time the posteriors are protracted. At this point, Class II elastics are often used to reposition the lower incisors to a proper relationship, thereby “round-tripping” the incisors. When Class II elastics are overused, a clockwise rotation of the dentoalveolar complex can also occur.

Skeletal anchorage can eliminate or minimize the aforementioned complications. However, using TSADs necessitates a good understanding of biomechanics if you are to avoid potential complications. When using TSADs, either as direct or indirect anchorage, you must consider the effects a force has in all three planes of space. You consider not only the tooth or teeth being protracted, but also the other teeth in the system if you are using indirect anchorage.

Figure 2 and 3: The mandibular 3-3 is common-tied. On the buccal, there is power chain from 6-3. A NiTi coil spring is connected from the arm on the 6 (to get a more horizontal vector of force, which will pass closer to the center of resistance) to the transcortical TSAD. On the lingual, there is power chain 5-3 using buttons and power chain from 6 to the TSAD. To compensate for this complication, a force can also be applied to the lingual by placing a TSAD on the lingual and applying a force to both the buccal and lingual aspects of the molar (Figures 2 and 3). This is easily accomplished with patients who have lingual tori, as this offers a great location to insert the TSAD. This approach is indicated in cases with a lot of space to be closed.

A third option (Figure 5) is to ligate the anteriors with a common tie, then place the power thread to the lingual of the premolar and attach the other end mesial to the cuspid to the archwire being used. The adverse effect from this particular technique could be the reclination of the anteriors.

Figure 4 (left): Power thread is attached on the lingual and routed around the mesial of the molar, then attached to the wire that is running through the buccal tube of the molar. Figure 5 (right): The anteriors are ligated with a common tie, then power thread is placed to the lingual of the premolar and attached to the other end mesial to the cuspid to the archwire being used. A final option worth noting is a transcortical TSAD (Figure 6). This is a device that penetrates both cortical plates of the mandible. A cap is attached to the lingual aspect of the threaded portion that is extending through the lingual. You can then attach a force on both the buccal and lingual aspect.

The design and placement of a TSAD have a direct effect on the amount and direction of force application. Four types of TSADs can be used for the type of mechanics we have discussed. These include the following:

1) Miniscrew pins: These screws are simple pins with threads that can be placed unicortically or bicortically. When placed bicortically, they tend to be more stable than those placed through only one cortical plate.

2) A screw with a base or a platform designed to be inserted to the point where the base is contacting the cortical bone. This design has more of a “bone plate effect,” resulting in increased stability as compared to a simple pin-type TSAD.

3) The transcortical type. This is the most stable type because it transverses both cortical plates completely.

4) Bone plates that have two to four screws holding the plate in place. The screws need to be at least 4 mm in length to yield a more stable TSAD than the screws with the platform seated on cortical bone. For protraction, bone plates can be placed either mesial or distal to the canines. More research needs to be conducted with these devices, specifically with regard to stability versus the other types of TSADs. A potential issue for patients regarding the bone plates is the additional cost of the device and the expense of placement.

The area of placement of TSADs is a common concern. The most common mistake clinicians make when placing the “pin type” and TSADs that have a base is to place them too close to the crest of the alveolus. This can result in fracture of the alveolar crest upon insertion. Also, the cortical bone becomes thinner as one moves toward the crest of the ridge, thereby potentially creating a less stable situation. TSADs should be placed approximately at the estimated level of the center of resistance of the first molar (about the level of the furcation). This will allow for horizontal force application through the center of resistance, thereby translating—instead of just tipping—the molar.

When you are protracting the first and second molars, the second molar should be bracketed and leveled before the protraction of the first molar is initiated. If you don’t do this, and the first molar crown tips mesially, you could create a unilateral open bite. The wire in this case should be a round stainless steel wire of sufficient stiffness to prevent the aforementioned tipping. The round wire will have less friction, which will place less stress on the TSAD and increase the rate of closure.

A final complication that can occur when you are closing spaces in the lower arch using skeletal anchorage deals with the coefficient of friction as posterior teeth move mesially on the wire. If you use a continuous archwire and ligate the anterior teeth to the archwire, the lower anterior teeth may flare during the space closure if the molar tube binds on the wire.

When you are closing space unilaterally and this happens, this coefficient of friction can create a unilateral anterior open bite (Figure 9). If the patient has a deep bite with an unacceptable amount of overjet, the friction created on the archwire by the posterior teeth moving mesially could be considered positive sequelae. If you don’t want anterior tooth movement, then do not ligate the anterior teeth during the posterior space closure and apply a protraction force on the lingual of the molar. This will help minimize the rotation and binding that can occur. Also, you could use segmental mechanics as opposed to a continuous archwire.

Figure 10 and 11: A molar protraction appliance.I created an appliance that is very efficient in closing posterior space in the maxillary arch, particularly when unilateral space closure is indicated (eg, there is a missing maxillary first molar) is pictured in Figures 10 and 11. The appliance has bands on the first bicuspids and a transpalatal bar soldered to the bands. To make this appliance:

1) Solder a small hook to the bar approximately 4 mm from the band on the side that needs space closure.

2) Solder a buccal tube to the molar band on the buccal, then solder a tube on the palatal aspect of the same band at a level approximating the center of resistance of the molar being protracted.

3) Solder a .032 round stainless steel wire to the transpalatal bar and extend it through the tube soldered to the palatal of the molar band.

4) Solder another .032 round stainless steel wire to the buccal aspect of the bicuspid band, and extend it through the tube that you soldered to the molar band.

5) Place two TSADs anterior to the transpalatal bar and ligate them to the bar.

6) Place power chain from the hook soldered to the transpalatal bar to the round wire, extending through the tube on the palatal. Also attach the power chain to the buccal aspect in the same manner. The molar will translate, closing the space. This can be accomplished prior to bracketing the case.

Closing spaces using TSADs has often been presented as simple and easy, with few or no side effects. There have been a number of advertisements published in journals that simply illustrate placing the device anterior to the tooth/teeth that need to be protracted, with a force placed from the skeletal anchorage device to the tooth/teeth—and the space miraculously closes without any complications. We hope this article has pointed out some of the potential complications and solutions related to space closure with TSADs.

Jack C. Fisher, DMD, has maintained a private practice since 1982. He can be reached at [email protected]

Jay Burton, DMD, MBA, is an orthodontic resident at New York University. He can be reached at [email protected]

What’s the Best Way to Place a TAD? 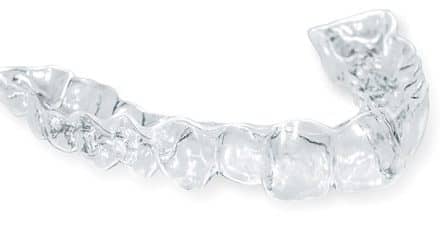 Clinical Pearl: Give Teeth a Nudge 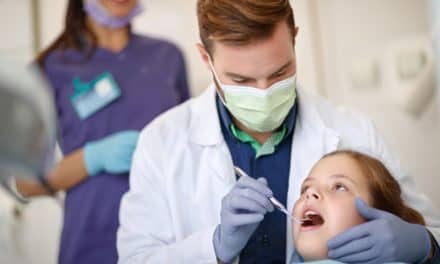 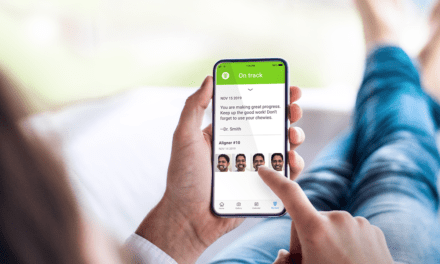