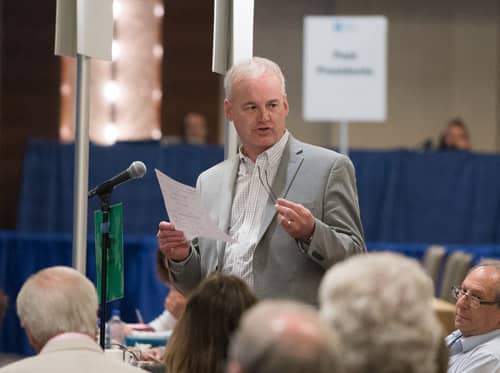 Change: It’s a concept that divides the masses. Some embrace the idea of change, while others remain hesitant to engage it at all.

The newly appointed president of the American Association of Orthodontists (AAO), Brent Larson, DDS, MS, takes a calculated, yet delicate, approach to both thought processes regarding change. He recognizes that, given the time scope of his position as president, not a tremendous amount of change can actually take place within the organization—and for the profession as a whole—during one’s sitting term.

“Each appointee serves for only 12 months, so there’s no time, really, to go in there with your personal agendas and start shaking things up,” Larson explains. “Instead, over the last several years, what past presidents have done is unify a number of agendas for the organization and work toward those goals throughout the individual terms.”

As Larson explains, his predecessors have successfully come together with a gradual agenda of change intended to address many heavy-hitting issues that have developed in orthodontics over the last several years.

“It’s an interesting time right now regarding technological advancements, how we educate ourselves, and even how we interact with patients on a day-to-day level,” Larson says. “However, as an organization, the AAO has gotten more cohesive as a group of professionals. We realize what we need to do in order to better the profession today and in the years to come.”

Each year, the newly appointed president of the AAO waits for the proverbial baton, wanting to keep the progress that’s already been made in motion. However, the incoming president also awaits the ability to personalize the forward momentum with his or her own ideals, which typically are rooted in professional insight and personal experiences.

For Larson, he aims to express the importance that mentoring had on his career, and how giving back should be an objective to all within the profession.

“I want to encourage members to be active in sharing their individual knowledge with others in the orthodontic community,” Larson explains. “I’ve had a number of mentors along the way that were persistent in their philosophy to get involved. They’ve encouraged me to pass along what I learn in order to further develop the profession as a whole.”

After graduating with a degree in chemistry from Gustavus Adolphus College, Saint Peter, Minn, Larson went on to receive his DDS from the University of Minnesota before joining the United States Air Force where he served for 9 years. He began his career in the military as a general dentist, and during that time completed a general practice residency. After 3 years, he received his specialty training in orthodontics, and continued to practice as an orthodontist throughout his tenure in the U.S. Air Force. That experience connected him to orthodontic professionals in Texas, upstate New York, North Carolina, and even Madrid, Spain.

“I had the privilege to work alongside so many talented and experienced orthodontists throughout my career. Each had their own style and insight into orthodontics, yet there was always an underlining theme with them all: to give back and to educate others,” Larson notes.

After serving in the military, Larson joined the staff at the Mayo Clinic, Rochester, Minn. During his time at the clinic, Larson heeded the advice of his mentors and became involved in teaching. He served as graduate program director at the facility before venturing out as a private practitioner in 1996. Currently, he is one of three orthodontists at GLK Orthodontics in Rochester.

Although in private practice, Larson upholds his commitment to education within the profession. In 2004, he became the head of the division of orthodontics at the University of Minnesota—a role he continues to maintain.

With his own storied past, Larson takes the AAO presidential baton with a few key elements in mind, one of which is the importance of members to realize that the organization is a tool for success within the profession. “We can’t move forward with regard to changes in regulations and reform as individuals,” he notes. “Instead, we have to work together as a unified group if we want real change to happen.”

As AAO president, Larson believes in the need to open the dialog among orthodontists for topics such as the transition from analog to digital in terms of impressions, etc. He aspires for a platform of discussion with the topic of being business owners, as well as orthodontists. He plans to address topics ranging from handling overhead costs, to implementing new technology, to educating patients, and their families, so that they are confident and comfortable with the orthodontic experience.

“Any kind of change will take the effort of all involved, not just the acting president,” Larson notes. “It’s more like a gradual agenda of change, working toward some common goals that will benefit the profession; that happens one president at a time.” OP 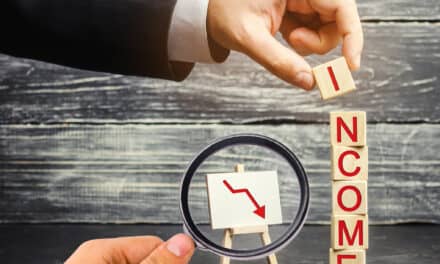 ADA Report: Net Income Down Among All Dentists, But Female Practitioners Take the Biggest Hit 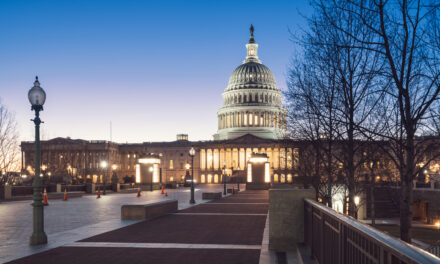