Half of Dentists Report Patients Coming to Appointments High

Half of dentists reported patients coming to appointments high, which can affect the level of care that dental professionals provide.

As personal and medical marijuana use increases nationwide, the American Dental Association (ADA) suggests patients refrain from using marijuana before dental visits after a new survey finds more than half of dentists (52%) reported patients arriving for appointments high on marijuana or another drug.

“When talking through health histories, more patients tell me they use marijuana regularly because it is now legal,” said Tricia Quartey, DMD, ADA spokesperson. “Unfortunately, sometimes having marijuana in your system results in needing an additional visit.”

Being under the influence of drugs at the dentist can limit the care that can be delivered. The survey of dentists found 56% reported limiting treatment to patients who were high. Because of how marijuana and anesthesia impact the central nervous system, 46% of surveyed dentists reported sometimes needing to increase anesthesia to treat patients who needed care.

Findings were uncovered in two online surveys earlier this year – one of 557 dentists and a second nationally representative survey of 1,006 consumers – conducted as part of trend research by the ADA.

“Marijuana can lead to increased anxiety, paranoia and hyperactivity, which could make the visit more stressful. It can also increase heart rate and has unwanted respiratory side effects, which increases the risk of using local anesthetics for pain control,” said Quartey. “Plus, the best treatment options are always ones a dentist and patient decide on together. A clear head is essential for that.”

Studies have also shown regular marijuana users are more likely to have significantly more cavities than non-users, according to the ADA.

The ADA surveyed 1,006 consumers in a second poll around marijuana and vaping use. The results of the representative sample found nearly 4 in 10 (39%) patients reported using marijuana, with smoking the most common form of use. Separately, 25% of respondents said they vaped, and of those respondents, 51% vaped marijuana.

The ADA has called for additional research around marijuana and oral health and will continue to monitor the science to provide clinical recommendations for dentists and patients.

Survey results show 67% of patients say they are comfortable talking to their dentist about marijuana. The ADA recommends dentists discuss marijuana use while reviewing health history during dental visits.

“If we ask, it’s because we’re here to keep you in the best health we can,” said Quartey. “If you use it medicinally, we can work with your prescribing physician as part of your personal healthcare team.” 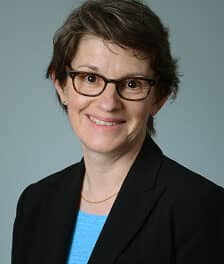 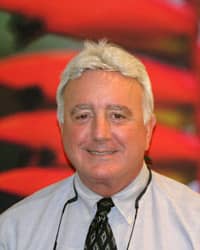