Innovation Amidst a Steady Course 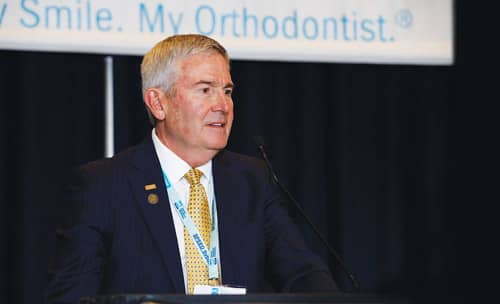 More often than not, the hallmark of a leadership change is a shift in a company or organization’s agenda. But that’s not the case for Gary O. Inman, DMD. As he takes up his 1-year term as president of the American Association of Orthodontists (AAO) at the Annual Session in Los Angeles, he is committed to shepherding the association’s current 5-year strategic plan. The plan, implemented just last year, “specifies goals and objectives to promote and defend the specialty, to engage and delight members, and to drive transformation and innovation, built on strategic initiatives such as public and member communications, advocacy and unity, and discovery and innovation,” according to the association.

“[Dr Brent Larson, DDS, MS, the outgoing AAO president], made the strategic plan his priority [for his term]. It makes no sense for me to come in with a different agenda because we’re moving into year two,” says Inman, a graduate of the University of Louisville, and a firm advocate of the direction in which the strategic plan takes the association.

But that’s not to say that Inman, who has a three-office practice with his eldest son Greg K. Inman, DMD, and former patient, Thomas M. Baldwin, DMD, in the Elizabethtown, Ky, region, doesn’t have goals for his term. He plans to foster the association’s commitment to innovation. “We’re positioning for 2019-2020 to really make this a great year of innovations. We have incredibly bright people around the country, and it’s amazing to me how different and innovative they can be. I couldn’t be more excited,” says Inman.

As he sees it, much of the innovation shaping the profession is a result of the steady influx of new technologies, and how this is molding the next generation of orthodontists. While only 10% to 15% of members report using the latest CBCT or scanning technology in their practices, according to Inman, orthodontic programs around the country are using it and teaching tomorrow’s orthodontists how to practice with it. As Inman sees it, this will significantly change the profession’s engagement with technology. “New residents as they graduate will be versed in this type of technology. That’s a great innovative area,” he says.

The AAO, according to Inman, is focused on efforts to partner with innovators—and to encourage their work. The association recently launched its Ortho Innovators Contest which asked members to submit their innovative orthodontic ideas—whether it’s a better way to manage a practice, a new marketing approach, or a product that could revolutionize orthodontic treatment. Contestants submitted their “elevator pitches” to the AAO’s Committee on Technology, which will select one winner to receive a $5,000 award and special recognition at the AAO Annual Session in Los Angeles. Inman hopes the contest will generate interest from individuals or companies that may be looking for ideas in which to invest.

The contest, an initiative by Larson, is an example of the commitment to fostering innovation that Inman wants to see from the AAO. “I think it’s good that we make investments in our members and try to help them succeed,” says Inman. “I spoke with a couple of residents at UCLA last fall and they’re just tickled. They were so excited because they are going to get to showcase some of their work.”

Inman, who is the trustee liaison for the AAO’s Council on New and Younger Members, considers himself a champion of the younger members. He is thrilled that the AAO is striving to better engage with them, pointing to the inclusion of a new and younger member to the Board of Trustees. “This is huge. There was no chance when I was younger that I would have ever gotten to sit on the Board of Trustees and actually give my opinion. It’s happening now and it’s making [the AAO] even better,” says Inman who got his start in leadership with the Southern Association of Orthodontists in the 1980s, and served as president in 2002.

As Inman puts it, “Orthodontics isn’t changing. It’s changed.” Whether you’re talking about the impact of technology, the needs of new and younger members, including how student debt is shaping their career trajectory, or the role of women in the association’s leadership, the AAO has to not only keep up, but lead.

Inman points to the fact that 30% of practicing orthodontists and 50% of residents are now female; yet, women are disproportionately underrepresented in the AAO leadership. “That has got to change,” says Inman, who points to the association’s Women in Orthodontics Task Force as well as the work of its new CEO, Lynne Thomas Gordon, who has been meeting with the constituent organizations on a routine basis to help foster efforts to encourage more women to take on leadership positions.

“As I’ve talked to the different constituents, I’ve referred to [the association] as the ‘New AAO.’ We’ve made so many changes and so many tweaks. The AAO has been great for a long time. My entire career, the AAO has been the association, the flagship for sure. But times have changed, and it’s time to change with it. You can’t always do what you did. So that’s where we’re going and I think we’re headed in the right direction,” says Inman. OP 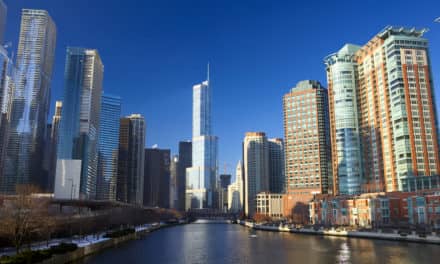 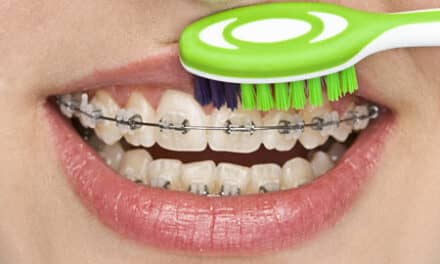