Medit Corp released a statement following a German court decision that Medit’s i500 intraoral scanner violates 3Shape’s European Patent no 2 568 870 B1 on its hole-closing technology.

Medit maintains that the German Regional Court of Dusseldorf has interpreted the patent very broadly. and disagrees with the outcome. The company is planning an appeal.

According to the company, “The German court system does not fully take into account the validity of the patent. Medit has challenged that validity of the patent in a nullity action. With the interpretation now applied by the infringement court, Medit is convinced to show that the patent is not valid, so that any of 3Shape’s claims are in fact baseless.”

Medit also points out that the judgment only relates to Germany and has no effect in other countries. In addition, the judgment only pertains to Medit and partner companies are not a party to the case, as 3Shape only sued Medit. Thus, the company says the judgement does not affect partners and they are not obligated to do anything ordered in the proceedings against Medit.

Regardless of the final outcome of the case, Medit believes that it will not have any impact on their product supply as the company plans to introduce a new software update in January 2020. According to the company, the new software update will have “the same features as always to overcome any patent concerns addressed in the first instance decision.”

Our Survey Reveals How Orthodontists Use Intraoral Scanners 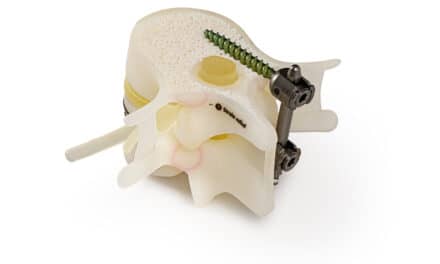