A recent study, published in the journal The Angle Orthodontist, assessed the three-dimensional skeletal response to a standardized 5 mm of rapid maxillary expansion (RME) in children between the ages of 6 and 15 years who exhibited maxillary width deficiency and crowding.

The researchers used a bonded appliance prior to eruption of the maxillary first molars (Mx4s), and a banded appliance thereafter. A consecutive sample of 89 patients (29 boys; 60 girls) from a large pediatric dentistry and orthodontics practice was divided into four groups: 6 to 8 years old (n=26); 9 to 11 years old with unerupted Mx4s (n=21); 9 to 11 years old with erupted Mx4s (n=23); and 12 to 15 years old (n=19). For all patients, the researchers performed the 3D evaluation of dental and skeletal effects with cone-beam computed tomography (CBCT).

The CBCT confirmed a triangular pattern of expansion in both the frontal and sagittal planes for both appliances in all patients. Overall, the researchers reported that both appliances produced significant maxillary expansion (>80% of the 5 mm activation), but older children showed a progressively more dental—less dental—response. When comparing the two types of expanders in the crossover sample, children aged 9 to 11 years, the researchers found that the bonded RME produced the most efficient skeletal expansion in the preadolescent sample. Increased maxillary width at the level of the zygomaticomaxillary suture was the best indicator for development of maxillary arch circumference.

Thus the researchers concluded that development-dependent appliances—bonded RPE before Mx4s erupt, and a banded device thereafter—provided optimal RME treatment for all children from age 6 to 15 years. 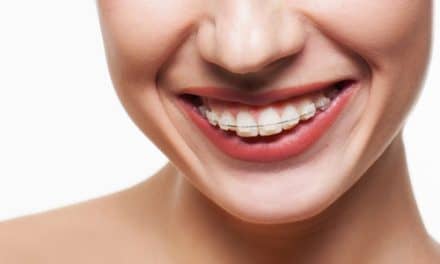