This clock, or biological rhythm, controls many metabolic functions and is based on the circadian rhythm, which is a roughly 24-hour cycle that is important in determining sleeping and feeding patterns, cell regeneration, and other biological processes in mammals.

The newly discovered rhythm, like the circadian rhythm, originates in the hypothalamus, a region of the brain that functions as the main control center for the autonomic nervous system. But unlike the circadian rhythm, this clock varies from one organism to another, operating on shorter time intervals for small mammals and longer ones for larger animals. For example, rats have a 1-day interval, chimpanzees 6, and humans 8.

NYU dental professor Timothy Bromage, PhD, discovered the rhythm while observing incremental growth lines in tooth enamel, which appear much like the annual rings on a tree. He also observed a related pattern of incremental growth in skeletal bone tissue—the first time such an incremental rhythm has ever been observed in bone.

Reporting his findings in the "Late-breaking News" session during the 37th Annual Meeting of the American Association for Dental Research, Bromage said, "The same biological rhythm that controls incremental tooth and bone growth also affects bone and body size and many metabolic processes, including heart and respiration rates. In fact, the rhythm affects an organism’s overall pace of life, and its life span. So, a rat that grows teeth and bone in one-eighth the time of a human also lives faster and dies younger."

Humans have by far the most variation in these long-term incremental growth rhythms, with some humans clocking as few as 5 days, and others as many as 10. Correspondingly, humans have the most variability in body size among mammals.

Bromage is an Adjunct Professor of Basic Science and Craniofacial Biology and of Biomaterials and Biomimetics at the NYU College of Dentistry. 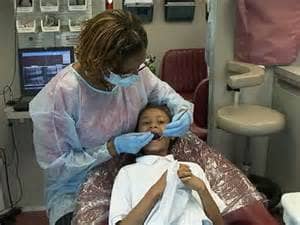