Dental researchers say a specific protein may help a component of cavity-ridden teeth grow back, potentially preventing the need for root canals. The findings are preliminary, and the synthetic protein, known as Dentonin, hasn’t reached the required third level of testing, so it may be years before it gets approval to reach the market.

Still, Dentonin seems to have possibilities, said David Rosen, vice president of research and development at Acologix, the Hayward, Calif, company developing the product. "It’s such a novel approach," he said. "There really isn’t anything like it."

Dentonin is designed to help the teeth rebuild dentin, a bone-like hard tissue that forms between the outer enamel and the inner pulp, Rosen said.

In the new study, researchers from Acologix, the University of California, San Francisco and the University of Connecticut studied 35 patients scheduled to undergo at least two extractions of third molars. The researchers placed Dentonin on some of the soon-to-be-extracted teeth and a placebo compound on the others. An analysis of the extracted teeth showed that Dentonin appeared to stimulate formation of new dentin. No side effects were reported. Apparently, the treatment stimulates cells in the pulp, which then produce dentin, Rosen said.

The researchers were to report their findings Thursday at the 84th general session of the International Association for Dental Research, in Brisbane, Australia.

"We’re hoping we could use it in a situation when a dentist sees a cavity of any kind," said Rosen, adding that the protein may be most effective when someone has a deep cavity that threatens to expose the nerve.

However, the researchers still have to launch a larger phase III study to confirm that the treatment works. And Rosen cautioned that the new study doesn’t prove that Dentonin could prevent root canals, although researchers hope it could at least prevent tooth sensitivity. 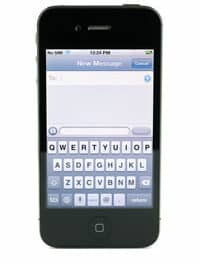