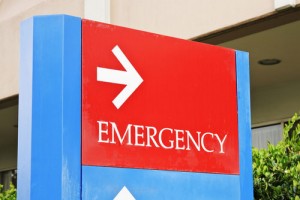 The use of emergency departments for dental care—especially by young adults in low-income communities—is presenting policymakers with a challenge, according to a Rutgers report which offers several remedies including expanding hours at the dentist’s office.

The study, funded by a grant from The Nicholson Foundation, marks the first collaboration between the Center for State Health Policy and the Rutgers School of Dental Medicine.

Young adults, ages 19 to 34, have the highest rate of visits to emergency departments for dental pain and infections, the researchers report in the latest issue of their Facts & Findings series. The analysis focused on emergency department visits for oral care not related to trauma from 2008 to 2010 in New Jersey and 13 low-income regions of the state with large numbers of Medicaid beneficiaries. The study aimed to identify regions where better access to dental services could reduce costs and prevent dental disease along with the long-term consequences of poor oral health.

“All too often emergency departments become the go-to place for treatment even though many visits could be prevented with the right outpatient care at the right time,” said Joan Randell, deputy director of The Nicholson Foundation. “We hope that hospital systems and policymakers consider implementing the recommendations to strengthen the community-based dental safety net.”

The researchers found great variation in emergency department visits for dental care across the low-income regions as well as in average annual costs for visits. For example, residents of the Camden city region visited emergency departments for oral care at nearly nine times the rate of residents in the region that includes Union City, while average annual per person costs in the latter region were about one-twelfth of the cost as in the Atlantic City area.

Increases in dental insurance could potentially improve access to dental care, but there is no organized effort for such expansion, Lloyd noted. While New Jersey’s decision to expand its Medicaid program, which includes dental coverage under the Affordable Care Act, is a step in the right direction, oral care is not an essential health benefit for adults under the ACA. “The lack of dental coverage will continue to prevent access to private dental care for large segments of the population,” Lloyd said.

In addition to expanding off-hour and weekend access in low-income communities, the report by Lloyd; Joel Cantor, distinguished professor and center director; and Derek DeLia, an associate research professor, suggests other strategies. These include implementing emergency department diversion programs, such as referring patients to new urgent care clinics or strengthening hospitals’ relationships with safety net providers.

Cecile Feldman, dean of the Rutgers School of Dental Medicine, added, “Education on the importance of oral health and increasing awareness of available alternatives to the ED for oral care among vulnerable populations would further complement and enhance these strategies.”