Are you part of the “statusphere”? Do you have “tweeps”? Widgets on your Web site? If not, then you’re missing out on one of the most cost-effective, rapidly growing ways to market your practice. Social networking—whereby users interact and publish content using sites such as Facebook and Twitter—has exploded in recent years. These sites are free and allow anyone to promote anything. To market effectively with social networking, you need to know how these sites work and how to follow some basic guidelines.

If you don’t already use Facebook, Twitter, or other sites, then you may have concluded that social networking is a waste of time. Certainly, some people spend too much time on Facebook, just as some spend too much time watching television. I confess, before I joined Facebook, I was skeptical. I used to think, “What’s the point? It’s for kids, a fad that will pass.”

But then I reconnected with old friends from schools I attended, companies I worked for, and elsewhere, and I found that time and distance between us seemed to disappear. What really draws people in and keeps them engaged with social networking is being a fly on the wall and observing what friends, family members, and coworkers are doing. We’re all curious. We all want to know what is going on. Rather than having to send or receive individual e-mails, phone calls, or letters, we get updates about people in a running stream of content (what Facebook calls the News Feed). At their convenience, users can scroll through the News Feed and review the day’s events (Hey, Jane had her baby!). Of course, what you see is what people choose to share with their network in a semipublic forum. When you see something of interest, you can comment on it or share it with others and thus maintain connections. Social networking has transformed communication (it helped voters organize before and after the Iranian elections last summer), and it has fostered new communities based on common interests, locations, or histories.

Who’s Who and What’s What

Facebook is a social networking community site that anyone can join, and it is by far the largest. Networks consist of Friends. Individual users send and receive requests to join a network, and these requests may be accepted or ignored—allowing users to maintain control over who is in their network. Each user has a Profile, which summarizes information such as age, gender, and hobbies, and includes a picture. A user’s picture may be realistic—such as a family photo—or it may be a creative representation, such as a logo or design. Friends communicate via public status updates (such as “Tonight at 7 pm I’ll be at Sam’s Pizza. Who wants to meet up?”) and comments (“I’ll be there!”) that show up in the News Feed and by private internal e-mail. Users can control how much of their Profile, status updates, and comments are available to the public (non-Friends), and they can search for (or block) others based on name, e-mail address, or location.

According to Facebook’s official time line, it surpassed 150 million active users early this year, and now it has more than 300 million users. About 30% of Facebook users, or 90 million, are in the United States. That’s nearly 30% of all Americans! With such rapid growth, trends by age are continuously evolving. Young people, who have more free time and who have grown up in the Internet age, were early adopters. As Facebook membership saturated the under-18 population, growth rates declined in this age group and growth shifted to older adults who were initially hesitant to join.

According to O’Reilly Research, for the period May 2008 to April 2009, the largest group of Facebook members were those aged 18 to 25, representing 34% of users in the United States. But, over a 3-month period, growth among 18- to 25-year-old users was only 6.8%—the lowest growth rate of any age group.

In contrast, 55- to 59-year-olds represented only 2.4% of all Facebook users in the United States, but over the same 3-month period, their membership grew by 203%.

Twitter has also been growing by leaps and bounds: Nielsen Online reports that users in the United States grew by 1,382% from February 2008 to February 2009—from less than 500,000 to more than 7 million.

Twitter is simpler than Facebook. Users write and broadcast short, 140-character messages called “tweets” (since Twitter is symbolized by a cartoon image of a bluebird). Tweets may be status updates, announcements, headlines, or anything else that is 140 characters or less. Instead of Friends, Twitter users have Followers—affectionately known as “tweeps” (a variation on the slang term for friends, “peeps,” as in people). Anyone can follow your tweets and you can follow the tweets of anyone, though you can block or “un-follow” another user. Giving all users the ability to follow the tweets of celebrities has helped fuel the growth of Twitter.

Tweets may be written and read online at Twitter.com. Many users also tweet with enhanced applications (such as Tweetdeck) on computers or handheld devices or via text message—which is why tweets are limited to 140 characters. Users can communicate with one another via direct message (like e-mail), or by mentioning another user in a tweet (the user’s name will be preceded by @). Because of the 140-character limit, Twitter users have developed a shorthand that seems arcane to newcomers, but can be mastered fairly quickly.

Rules of the Game

Clearly, social networking growth trends are not something orthodontists should ignore. With such high usage rates among teenagers (your patients) and rapid growth among middle-aged adults (their parents), social media sites can deliver what every orthodontist needs: referrals. When parents search the Internet for an orthodontist, they very well may find your Web site. But word-of-mouth referrals are the gold standard, and interactions among parents on social networking sites can yield a new way for them to recommend your practice to others. According to Facebook, the average user has 130 Friends and spends 20 minutes per day on the site. You need to be part of their social networking experience.

Just like any poorly planned marketing campaign, jumping into social networking without a clear strategy will be a waste of time and money. Because social networking sites are so popular, marketers have begun to bombard people. And just as there has been a backlash against e-mail spam, pop-up ads, and spyware, more and more users are getting fed up with junk on social networking sites. You want to draw people in, not turn them off. To do so, follow these guidelines.

Greg L. Drevenstedt, PhD, owns Valmont Research LLC, which provides Practice Enhancement Surveys™, demographic analysis, and market research for orthodontists nationwide. He launched and manages a social media campaign for a leading consumer magazine. He can be reached at 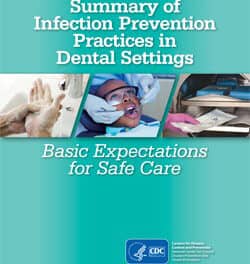