A Community in Action

Thanksgiving is here again—a time when large groups of people gather around various carcasses and tearfully remember why they are thankful—so I think I can be excused for taking a short break from discussing the business of orthodontics to get a little, well, mushy.

What, to me, makes the orthodontic field a joy to work in is the powerful sense of community among orthodontists, their staff, and the companies that serve them. I felt it at the recent Pacific Coast Society of Orthodontists meeting, where I was greeted with (notably straight) smiles, handshakes, and invitations to so many meals that I had to fast for a day when I got home. I felt it in the collective mourning for Ron Roth. I felt it strongly when I saw the AAO’s booth offering help to doctors and patients affected by Hurricane Katrina.

And then there are the emails. Ever since the storms hit New Orleans, Mississippi, and Florida, I have gotten a wave of notes from various members of the orthodontic community, pointing out what some practice or company or consultant is doing to help both orthodontic patients and the general public in the affected areas. (Our entire news section on page 10 is devoted to highlighting some of these relief efforts.)

The most stirring individual story for me comes from a consultant based in New Orleans who has written for the magazine. Right after Katrina hit, he wrote to let us all know that he was OK. Weeks later, the news was that he had temporarily set up shop in Florida and was suspending operations while he looked for a new office in a new town. Then, the day before I sat down to write this, I got a note from him saying that he had gone back to New Orleans, where his office had withstood the wind and flooding. He is now open for business and has decided to stay in New Orleans to help rebuild his city.

It is that kind of dedication to a larger group that makes orthodontics more than a business. It makes it a community. And as oral historian Studs Terkel said recently, “… it is the community in action that accomplishes more than any individual does, no matter how strong he may be.”

Enjoy your turkey, and next time, I promise I’ll be all business. 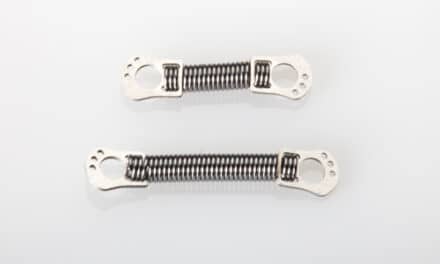