A Securities Class Action Suit Is Filed Against OrthoClear

The Law Offices of Alan W. Sparer have filed a class action suit alleging that the directors and certain officers of OrthoClear deceived investors by failing to disclose that OrthoClear’s business was substantially based on patents and other intellectual property stolen from Align Technology Inc, Santa Clara, Calif. The complaint also alleges that investors were misled about the nature and prospects for litigation brought by Align, and that after settling with Align, OrthoClear unlawfully distributed a substantial portion of the settlement funds to venture capital investor 3i Group PLC.

The complaint alleges that within weeks of OrthoClear’s launch, Align Technology— OrthoClear’s sole competitor—filed multiple lawsuits alleging OrthoClear had stolen Align’s intellectual property, infringed its patents, and used its proprietary customer information without consent. OrthoClear Holdings raised $10 to $20 million from investors in private placements of Class A, B, and C Preferred Convertible Shares, while assuring potential investors that Align’s claims and lawsuits were wholly without merit.

The complaint alleges that false and fraudulent statements made in OrthoClear’s Purchase Agreements, press releases, and oral presentations assured that the operation of OrthoClear’s business did not infringe any patent or other proprietary right of Align. The complaint further alleges that, instead of using the $20 million for the benefit of all its shareholders, OrthoClear unlawfully refunded all or a significant portion of the $10 million investment made by 3i. It is alleged that this distribution violated OrthoClear’s own Memorandum of Association and applicable laws governing corporate distributions. It is also alleged that this action constituted a breach of fiduciary duty by OrthoClear’s current and former directors.

If you are a member of this class, you can view a copy of the complaint as filed at www.sparerlaw.com. Any member of the purported class may move the Court to serve as lead plaintiff through counsel of their choice, or may choose to do nothing and remain an absent class member.

If you wish to serve as lead plaintiff, you must move the Court no later than May 26, 2007. If you wish to discuss this action or have any questions concerning this notice or your rights or interests, please contact plaintiff’s counsel, Alan Sparer, Marc Haber, or James Nabwangu of The Law Offices of Alan W. Sparer at (415) 217-7300 or via e-mail at [email protected] 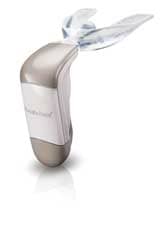 OrthoAccel Launches Eco Give Back Program to Benefit Smile Train 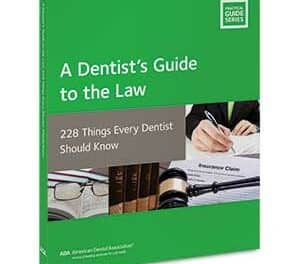 ADA Releases “A Dentist’s Guide to the Law”