The AAO haslaunched a national advertising campaign aimed specifically atprospective adult patients, a patient population that has more thandoubled since the mid 1990s.

According to a recent New York Times article,the commercials, which feature adults almost exclusively, aim “todifferentiate between dentists and orthodontists.” With the number ofdentists providing teeth-straightening treatment on the rise, thecommercials seek to bring attention to the fact that orthodontists are“specialists.” Still, the commercials make the point somewhat “with somedelicacy,” according to the article, since orthodontists rely on a goodrelationship with dentists for referrals.

The commercials already airing also include a new patient-focused Web site address for the AAO, MyLifeMySmile.org,replacing Braces.org. The new site name aims to convey to prospectiveorthodontic patients that orthodontics is not just about patients’ smilesand appliance choices, but also about their self-confidence and outlookon life.

“We’re trying to emphasize the adult market and show how good they’regoing to look and how much self-confidence that’s going to create,”said Michael B. Rogers, DDS, president of the AAO, in an interview with The New York Times. “There are many adults on the fence, and we want to show them the benefits of braces.” 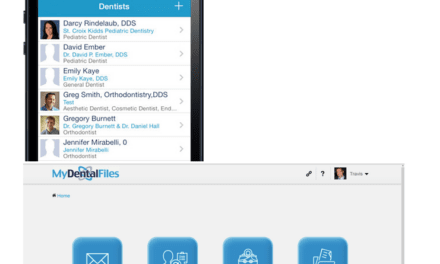