What they should and shouldn’t be

For both of us, the process of providing second opinions has become, on one hand, a lost art and often, on the other hand, a black eye on the face of dentistry. We are both very concerned about trends we see occurring within the orthodontic profession relative to second opinions, and we believe that the following comments are appropriate.

Second opinions can and should be of significant benefit to patients. They can amplify or clarify treatment recommendations as well as serve as cogent and ethical commentary on the quality of treatment already rendered.

Regrettably, what should be a valuable professional and informative service often turns into a veiled attempt to solicit a prospective patient into the practice of the individual performing the second opinion. Such shabbily performed “second opinions” reflect poorly on the integrity of the clinician rendering them, as well as on the specialty of orthodontics. They undermine the public’s perception of our educational and ethical foundations. Other ramifications include the unjustified discrediting of colleagues, which fans the flames of patient/physician conflicts and can instigate litigation that is without merit.

Let’s take a quick look at what the AAO’s Principles of Ethics and Code of Professional Conduct (2004) has to say about second opinions. Advisory Opinion N.1. states, “An ethical second opinion prior to a patient’s orthodontic treatment should include diagnosis and treatment recommended to the patient. It is unethical to propound a specific technique, philosophy, training, or ability as superior.” Simply stated, this edict holds that you can’t merely disagree with the other guy. Pretend that the patient has not seen anyone else, and obtain the records you need to formulate a diagnosis and treatment plan. Explain to the patient in plain language what you discern the problem to be, the different ways in which it might be corrected, and the relative risks and benefits associated with each method. Then, let the patient ask questions and decide what is best. Never imply that your way is quicker, cheaper, or safer.

When we perform second opinions, we ask the patient not to inform us of what the first physician proposed; it’s the only way to deliver a truly unbiased second opinion. We make it a point to let the patient know why we don’t want to know; it’s important for them to know that the opinion is unbiased.

Second opinions may provide patients with undiscussed alternatives,  may reinforce previous recommendations, and may illuminate the relative efficacy of any treatment provided to date. In short, they should  provide the patient with solace insofar as the recognition of exactly where they are in their treatment relative to their current clinical status. This must be done in a forthright manner, without denigrating previous practitioners or colleagues, and must be based on a thorough knowledge of the facts leading up to the seeking of the second opinion.

The problem arises when it’s our patient who asks for a second opinion, and we allow our egos to be bruised because the patient no longer “trusts us.” Tough. Suck it up and move on, because it will happen to almost all of us.

Second opinions may be sought not only by the patient but may be suggested by another dental colleague or, on rare occasions, the treating practitioner. The bottom line is that you must do what is good for the patient.

On occasion, the examination of a patient might reveal substandard treatment and/or a treatment outcome that has fallen short of the patient’s expectations. How we explain these situations to patients is a critical factor in providing truthful and helpful information to the patient. Be frank, but not derogatory. In those situations, you are merely the messenger. Sadly, there are instances in which our Peer Review committees—and in extreme circumstances, lawyers, judges, and juries—may become involved. Justifiable criticism is intended to protect the public from continued substandard care by a dental practitioner; it is an obligation that should be undertaken with the greatest respect for the potential consequences of engaging in such action.

So, when we all are presented with the next opportunity to render a second opinion, let’s remember that we are both educators and health advocates for the patient seated in our operatories. The orthodontic profession has rightfully earned the public’s trust and respect for the role that we play in a patient’s overall health care. Let’s continue to nurture that trust and confidence. Let’s give our very best effort in rendering our second opinion. It is an opportunity to educate, not to solicit.

Laurance Jerrold, DDS, JD, is the interim dean and program director of the Advanced Education Program in Orthodontics and Dentofacial Orthopedics at Jacksonville University’s School of Orthodontics in Florida. He can be reached at [email protected]

Elliott Moskowitz DDS, MsD, is a clinical professor in the Postgraduate Orthodontic Program at New York University’s College of Dentistry and is in private practice in New York City. He can be reached at [email protected] 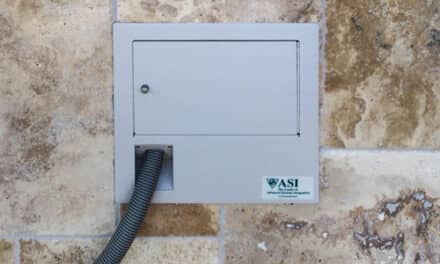