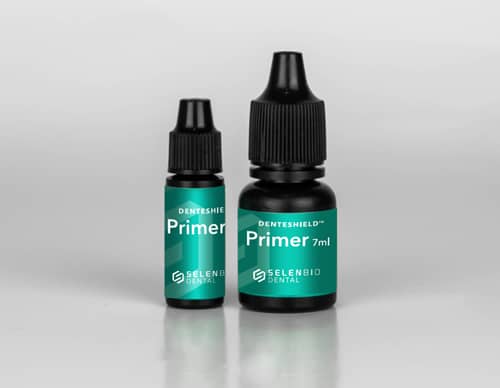 DenteShield sealants and primer with Seldox technology are FDA approved and have undergone clinical trials and tests at the University of Texas Health Science Center Dental School in San Antonio. They can be used in orthodontic, pediatric, and general dentistry.

According to the company, the proprietary Seldox technology is derived from an organo-selenium antimicrobial compound that actively neutralizes bacteria, inhibiting plaque formation on treated surfaces and the occurrence of white spot lesions. Seldox works by releasing superoxide radicals, which attack bacteria and prevent colonization and formation of biofilm (plaque). Seldox kills bacteria only on contact with the treated surface—ensuring only targeted bacteria at the tooth surface are neutralized. The company adds due to the fact that Seldox is non-leaching, there is no loss of efficacy through the duration of treatment.