OrthoAccel Technologies Inc, Houston, Tex, announced the lineup of speakers for its microlecture series at the AcceleDent® booth during the American Association of Orthodontists (AAO) Annual Session, April 21 to 25, 2017, in San Diego.

Daher has offered AcceleDent in his Vancouver, Canada-based practice for 3 years. During his microlecture presentation, he will unveil the next generation of accelerated orthodontics from AcceleDent.

Ojima, president of the Japan Academy of Aligner Orthodontics, will present his third AcceleDent microlecture during this year’s AAO. Pulling from his experience of treating over 1,000 AcceleDent cases, Ojima’s presentation will focus on improving predictable clinical outcomes with Invisalign and AcceleDent, his preferred accelerated treatment solution.

In her first time presenting an AcceleDent microlecture during AAO, Ibrahim, a Diplomate of the American Board of Orthodontics, who practices in Naperville, Ill, will discuss how she initially doubled her annual number of aligner cases by incorporating “accelerated orthodontics” into her marketing message. She will also present several of her clinical cases that show the improved predictability she achieves with AcceleDent.

Also presenting their first AcceleDent AAO microlectures are Malagon and Couchat. Practicing in Madrid, Spain, Malagon is the only Spanish orthodontist who has been designated a Diamond Invisalign doctor for three consecutive years and the only specialist in Spain who practices the DSD Masters concept, a clinical protocol that focuses on combining aesthetics and health to achieve harmonious smiles for each patient. Couchat practices in Marseille, France, and is a professor at the University of Ferrara. He is a society member of the French Federation of Orthodontics and general secretary of the French Association of Specialists in Orthodontics. Couchat is an Invisalign Diamond provider.

According to a press release from the company, those who visit the OrthoAccel booth on the opening morning of the AAO Exhibit Hall (Saturday, April 22) will receive an appreciation gift (while supplies last) and be entered into a grand prize drawing. 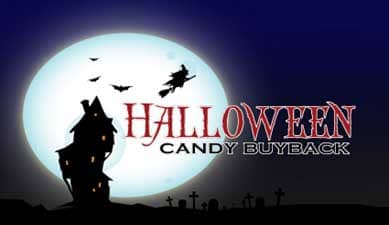