Joining Together to Give Back

When the Schulman Study Group, an association of prominent orthodontists from the top 1% of all practices, awarded the American Association of Orthodontists Foundation (AAOF) a $500,000 gift in April, it was the single largest first-time gift the organization had ever received.

The generous donation highlighted the study group’s importance not only in funding important orthodontic research but in fostering a culture of idea- and resource-sharing among the best orthodontists in the country. Each member practice is from a distinct geographical region, so ideas can be shared without fear of competition.

But, how do they raise so much money in tough economic times?

“The dollars for research are drying up, and groups that would typically do research just don’t have the money anymore,” says Bob Bray, DDS, a member of the group and a past president of the AAO. “The group felt that the foundation would be a good place not only to name the award after Bud but also to have a chance … to make a significant difference in research that would be done for the benefit of orthodontics.”

The Schulman Study Group doesn’t solicit other organizations to raise money, but rather asks its members to donate their own money directly.

“We don’t go out to the public or to vendors and ask them to donate to the cause,” says Ron Redmond, CEO of Schulman Study Group. “This is something the AAOF and we feel strongly about. In this case, it’s donated to an organization that’s going to turn around and give grants to orthodontic residencies and orthodontic researchers.”

Schulman Study Group is a well-known name among orthodontists who aren’t members. Redmond says that every week he fields at least half a dozen inquiries from orthodontists who want to become new members. To them, he has to explain that it isn’t something that just anyone can join.

“In my opinion, the significant thing about the group is that they’re very caring and sharing—not only about ideas, but with their time and money as well,” Bray says.

For members, the benefits of being in the organization are far-reaching. Beyond being an exclusive group, those who are recruited to join—and one can only join by being recruited—meet up with one another a few times each year to share ideas, talk about what’s happening in their practices, and listen to speakers lecture on various topics. On a day-to-day basis, the group has an active email thread where anyone can ask a question to see how other orthodontists operate their practice, or even about personal issues.

For example, when someone in the group recently had a family member who had an issue with cancer, the group was there

“Right away, the group members were sharing information about where they could go to seek help,” Bray recalls. “I just think it’s special and very hard to find groups like that.”

They also ask other questions: How should this particular patient be treated? How do you deal with patients who might be no-shows for their appointments?

“It keeps your brain moving,” Redmond says of the email exchanges, noting that there are between 80 and 100 emails back and forth among members every day.

There is also a philanthropic spirit within the group: Members donate not just their money, but also their time. Many participate in programs within their own communities to provide care to people who might not normally be able to afford it.

At conventions or through discussion threads, they talk about different ways they can organize a group in the community so they can find out who is in need of care.

Another benefit is the chance to know orthodontists from a wide range of experiences, and members have the opportunity to bring their whole staff to meetings.

“You’re getting to meet with individuals from all different stages of their orthodontic career,” Bray says. “Some are more recent graduates, some have been in orthodontics for a while.”

Eric Nease, DDS, who has a practice based in Spartanburg, SC, says he can see a difference between his practice and those that aren’t members of the group.

“The practices of those who aren’t a member of a group—at least like the Schulman group, I think they lack something as far as they don’t get that exchange of ideas that move your practice forward,” Nease says.

Redmond describes it as a think tank more than anything else, and likes to think of it as “success from sharing,” where each member can share freely with the others to find greater success. OP

A.J. Zak is associate editor of Orthodontic Products. She can be reached at [email protected]. 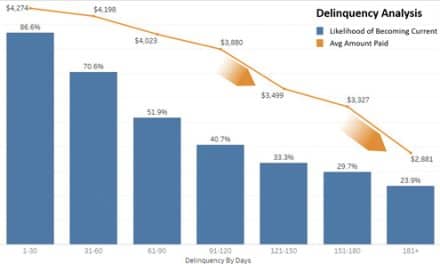 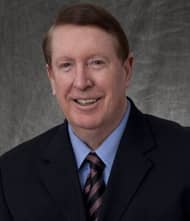