3D imaging and microimplant anchorage using temporary anchorage devices (TADs) are changing the way we practice orthodontics. With the advent of TADs, maximum anchorage cases can be treated faster and without the necessity of excellent patient compliance. Absolute anchorage is now possible.

3D facial imaging allows us to track the changes that occur over the course of treatment. The following case demonstrates the use of TADs and 3D facial imaging to monitor the soft-tissue response to maximum anchorage to maximally reduce lip fullness. The 3D facial scans are progress scans 3 months apart.

The initial 3D face scan was made on January 3, 2006, in 1.5 milliseconds. The views in Figure 1 were created from the one 3D face scan. Note the protrusive, full lip relationship (bimaxillary protrusion), which was one of the chief complaints. 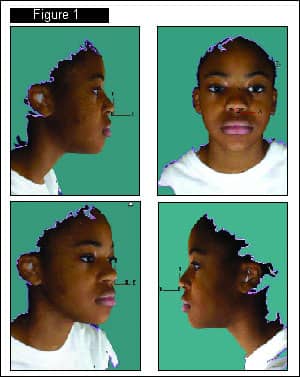 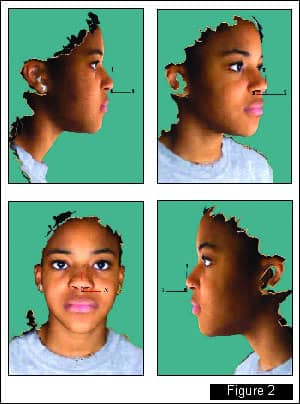 In Figure 3, a cone-beam scan and a 3D-rendered view from the same data show the location of the TADs (red arrows). 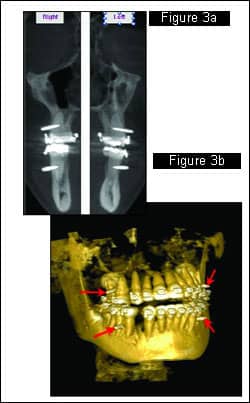 Intraoral photos show an anterior open bite and attachment to microimplants. Coils were used for retraction, and double coils were used on the lower right to shift the lower midline to the right. 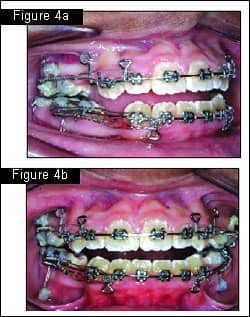 These are superimpositions of the two 3D facial scans using the nasal bridge and forehead in the registration area. This area was selected for superimposition because Enlow1 said, “… the breadth of the nasal bridge in the region just below the frontonasal sutures does not markedly increase from early childhood to adulthood.” This is a very good area to superimpose for evaluation of sequential 3D face scans. Figure 5a shows the areas of superimposition: the forehead and the bridge of the nose. The red transverse plane cuts through the two 3D surfaces. Figure 5b shows the transverse cuts through the two 3D surfaces. Note how the two surfaces superimpose exactly over each other in this registration area. 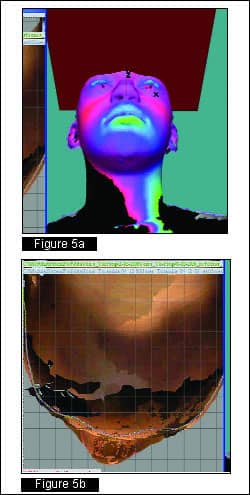 Figure 6a is a color histogram of the two 3D facial surfaces that are superimposed over the registration area. The color histogram is created to show the volume changes by color. Green is a negative change (retraction) that has occurred in the 3 months between the initial scans and the progress scans. Red indicates positive changes (fullness) that have occurred in different areas. Figure 6b also shows a profile cut through the facial midline to see the amount of sagittal soft-tissue changes. Note the difference in the two facial scans. 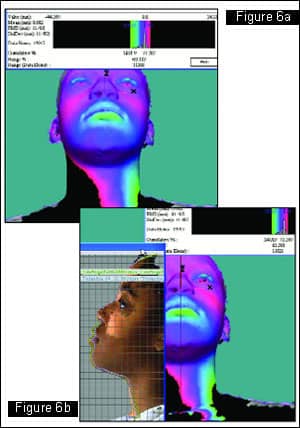 The color histogram has been set to the threshold to show the “lowest” area of retraction (where the black area shows up on the green area of the upper lip) and the “highest” area of more fullness (where the black area shows up on the red area on the left cheek). The transverse cut through the lower lip shows the amount of lip reduction: -5.795 mm in the area of greatest retraction. Note that the response of lip retraction is not truly symmetrical on the area over the lip region, as seen in the color histogram. 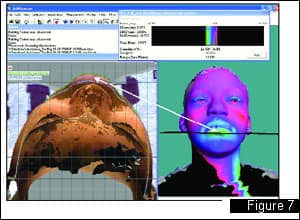 Figures 8a and 8b show the soft-tissue changes from a frontal perspective. The resultant coronal slices of the two 3D facial scans of red coronal slice plane in Figure 8a are shown in Figure 8b. Note the soft-tissue changes in the transverse plane and that in the area of the chin, there has been no increase in the vertical dimension of the face because the two slices superimpose over the chin at Menton. 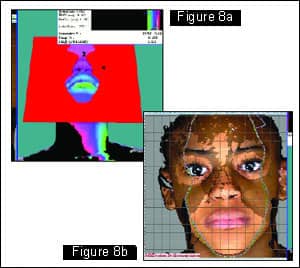 The world of orthodontics is changing. 3D imaging and TADs will help us improve patient care, improve efficiency of treatment, and be able to more accurately monitor treatment outcomes.

William E. Harrell, Jr, DMD, is board certified by the ABO. He is in private orthodontic practice in Alexander City, Ala, and he also does research in the area of 3D imaging and TMJ disorders. He has been a member of the AAO Council on Information Technology and is presently serving as the AAO representative to the ADA Standards Committee on Dental Informatics. He can be reached at [email protected]