Carestream Dental, Atlanta, featured its newest intraoral scanner, the CS 3700 at the ADA FDI 2019 World Dental Congress in San Francisco, which is being held from September 4 to 8, 2019.

The scanner, which can be used in a variety of specialties, including restorative, orthodontic, oral surgery, and sleep dentistry practices.

The scanner features the CS ScanFLow software, which allows users to select any workflow from a single screen using the software’s touchscreen capabilities. In addition, the software provides practitioners with HD 3D scans.

According to the company, users will notice increased scanning speeds with the CS 3700—a reported 20% increase over previous Carestream Dental intraoral scanner models without compromise to the accuracy of datasets.

The CS 3700 was designed in collaboration with Studio F. A. Porsche, the renowned design studio that originated the brand Porsche Design.

According to a press release from Carestream Dental, the intraoral scanner’s design features an ergonomically optimal grip channel that gives users a balanced sense of scanner control, while an optional wrist strap connects the user to the scanner and prevents damage from dropping. The design also allows users to switch between upper and lower jaw modes direct from the scanner, allowing the clinician to focus on the patient.

The CS 3700 was unveiled in March 2019 at the International Dental Show in Cologne, Germany. 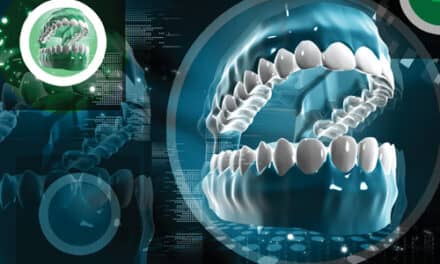 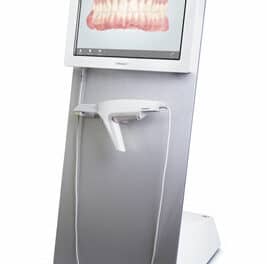