The Styla MicroLaser from Zap Lasers, Pleasant Hill, Calif, was selected one of the year’s best-designed medical devices and is the winner of a 2009 Medical Design Excellence Award (MDEA). The Styla features a compact and wire-free design, which was judged as one of the year’s best by an independent, multidisciplinary panel before being awarded the honor.

“The thought that a pen-sized, wire-free, portable microlaser would be performing soft-tissue laser procedures in dentists’ offices seemed unreal as little as a year ago, but, in fact, our work on Styla began long before then,” said Alex Di Sessa, vice president of sales and marketing at Zap. “Styla is the result of more than 2 years of precise design and engineering. Zap is honored to have these efforts recognized by the Medical Design Excellence Awards, and is proud to have delivered a revolutionary tool that allows dental professionals to provide their patients the highest standard of care.”

The Styla will be honored on June 10 alongside other MDEA winners at an award ceremony during the Medical Design & Manufacturing East Conference in New York. At this event, gold and silver MDEA award designations will be announced, noting best-of-the-best among the MDEA honorees.

The Styla is 6.9 inches long and weighs 1.9 ounces, and is FDA-approved for the performance of more than 25 soft-tissue laser procedures. 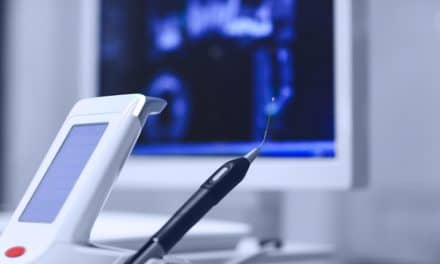