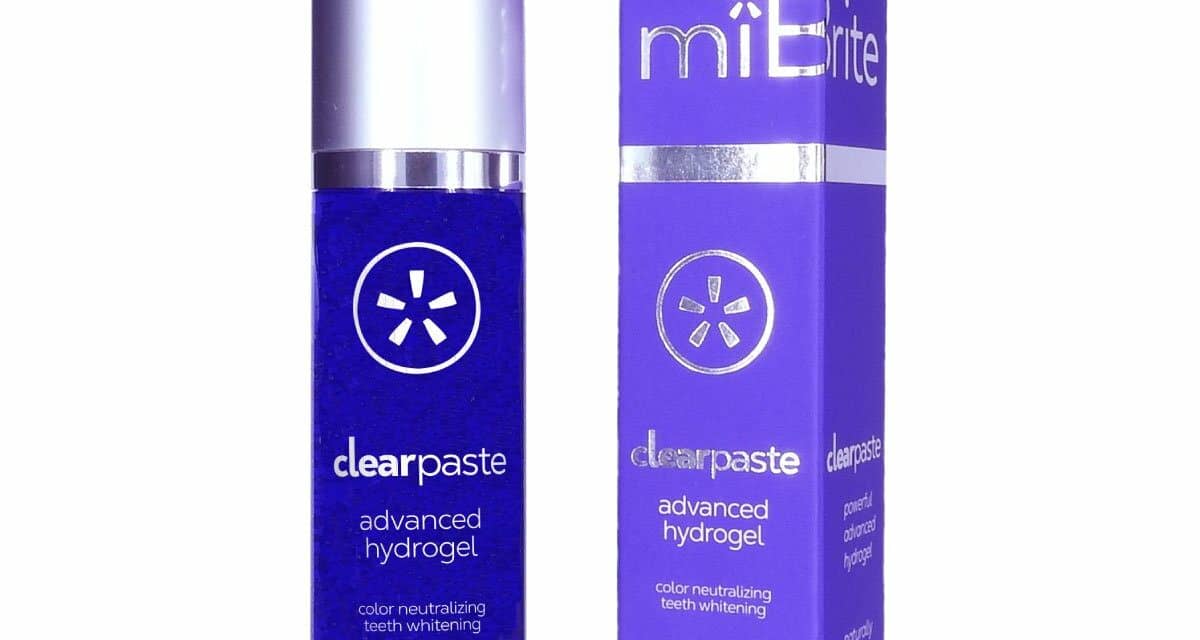 The particular shade of purple used in miBrite ClearPaste makes teeth whiter because it is the opposite of the yellow color typically found on stained teeth, says the company.

According to the company, the mechanism miBrite ClearPaste utilizes to whiten teeth involves specific deep purple pigments. The particular shade of purple used in ClearPaste makes teeth whiter because it is the opposite of the yellow color typically found on stained teeth. When you brush your teeth with miBrite ClearPaste, the advanced bioadhesive hydrogel disperses and coats your teeth—reportedly making them appear to be whiter (or less yellow).

The company says that what’s most exciting about miBrite ClearPaste is that this technology enables an entirely new demographic to whiten their teeth safely—those who have restorations such as crowns, veneers, or implants. Until now, the only whitening option for people with artificial teeth was to remove and replace their restoration. As the company points out, replacing existing dental work is a very invasive and expensive solution for people who want to quickly and safely whiten their teeth.

“It is commonly known that teeth whitening products that contain hydrogen peroxide or carbamide peroxide are not recommended for composites, crowns, or veneers,” says Giniger. “Peroxides only work to whiten organic stains on natural teeth and do not change the colors of restorations, and our research and development team thought if we can’t change the color of the restoration, then why don’t we remove the yellow color wavelength of light that is reflected off the teeth? This is exactly what miBrite ClearPaste does.”