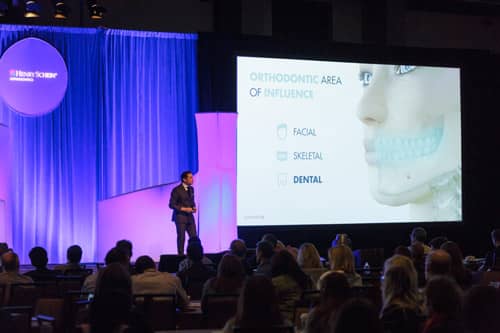 Luis Carrière, DDS, MSD, PhD, came to the HSO Orthodontic Excellence & Technology™ Symposium in Scottsdale, Ariz, in February, to give two highly-anticipated lectures highlighting the role the Carriere® Motion 3D™ Appliance and Carriere SLX Bracket System play in a SAGITTAL FIRST approach. During the Symposium, it was revealed that the new SLX 3D Clear Bracket will launch at the AAO Annual Session in Washington, DC, in May.

Carrière’s Friday lecture, titled “Revolutionizing Class II and Class III Correction,” laid out a number of clinical cases, demonstrating the advantages of correcting these malocclusions at the beginning of treatment with the SAGITTAL FIRST philosophy and the Carriere Motion 3D Appliance in mixed dentition, adolescent and adult patients. Carrière defines the SAGITTAL FIRST philosophy, which he has been using in his practice for more than 12 years, as “simplifying orthodontic complications” by reclassifying Class II and Class III cases into Class I cases at the beginning of treatment, and, thus, creating a simpler environment in which to finish via braces or aligners in a shorter amount of time.

“The Motion 3D Appliance will convert the complexity of a Class II malocclusion or a Class III malocclusion into a Class I scenario. This simplifies the second stage of treatment which will be about aligning the teeth into adequate functional and positional scenarios,” Carrière said in an interview with Orthodontic Products ahead of his lectures.

The cases presented included the different types of vertical and deep/open bite issues associated with Class II and Class III malocclusions, as well as mixed dentition cases. Carrière’s focus was on showing how he approached each case the same way to create a completely predictable and simplified process for treating these cases.

Carrière’s goal is to “revolutionize” how Class II and Class III cases are treated, by both reducing and removing the complexity from the beginning of treatment. This “upside-down” approach, as Carrière put it, gives orthodontists the ability to “focus on the finishing elements of the case” much sooner.

During his Saturday lecture, titled “Evidence-Based Clinical Solutions for the Treatment of Complex Class II and III Cases,” Carrière, who was the Symposium’s keynote speaker, switched gears and demonstrated how to convert every case into an aligner case. He emphasized how the Carriere Motion 3D Clear Appliance when used as part of a SAGITTAL FIRST approach creates a situation where aligners can be used in the second stage of treatment while maintaining the possibility of shortened treatment time.

As for the Carrere SLX 3D Clear Bracket, which will be unveiled at the AAO, this new bracket is designed to give orthodontists a clear aesthetic option with the benefits of passive self-ligation and great rotational control.

“One of our main goals [in designing this bracket] was to generate full coverage of the face of the bracket in order to have full rotational control,” Carrière said. OP 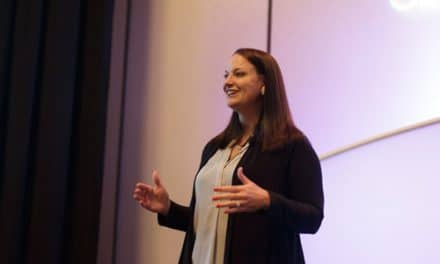