How to treat a difficult problem without posterior cross elastics 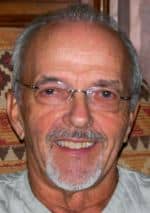 If orthodontists could somehow stabilize the non-crossbite side when using RPEs, the correction would proceed more quickly and predictably. This article illustrates a procedure that solves this perennial problem and eliminates the need for posterior cross elastics.

Orthodontic literature has many references to unilateral posterior crossbite corrections1-4 and their effects on mastication, but only two articles5,6 describe an appliance that specifically addresses the overcorrection of the normal side. Both authors used a modified quad-helix, which enlisted some anchorage from the mandibular arch on the non-crossbite side.

This case report illustrates a technique used to stabilize the non-crossbite side while correcting the crossbite using intermaxillary fixation (IMF) and an RPE. 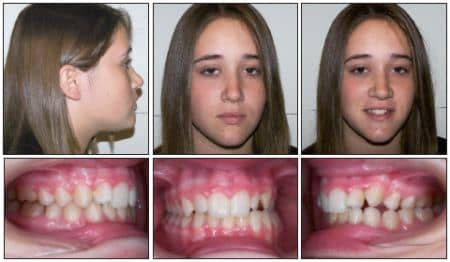 Patient CH, A 16-year-old female, presented with a Class II subdivision malocclusion characterized by a true unilateral posterior crossbite on the left, confirmed by centric relation. Note the maxillary-mandibular relationship and midlines before and after expansion and IMF (Figures 1 and 4).

The etiology of TUPXBs can be multi-varied. Most likely it would be due to habitually leaning on one cheek or the other with a hand or fist while reading, watching television, or doing some other activity. It could also be caused by a congenitally narrow maxilla, but this would more than likely cause a bilateral narrowing of the maxilla.

During the initial clinical examination, the clinician should definitely determine if the posterior crossbite is truly unilateral by recording centric relation. A TUPXB will display a normal occlusion on the non-crossbite side, and the clinician should make a notation and take a photograph of the maxillary-mandibular relation at the midline. This relationship should not change substantially during or after the unilateral correction. 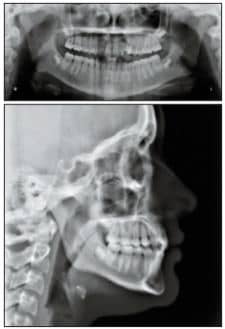 Figure 2: The initial panograph and ceph.

The treatment objectives were the correction of the TUPXB and the concurrent maintenance of the occlusion on the non-crossbite side. This technique stabilizes the entire mandibular arch with a full-sized, stainless steel, rectangular archwire, and uses the mandibular arch as anchorage for the non-crossbite side of the maxilla by using IMF. The addition of a mandibular splint increases the anchorage even more. When I treated the case shown here, no company made an RPE adjustable from the side or front, so I designed and constructed an RPE screw I could adjust from the side (Figures 3A and 3B).

Using three quadrants of teeth as anchorage allows the application of more force to the crossbite side, while simultaneously protecting the occlusion on the non-crossbite side. This anchorage arrangement results in more rapid treatment and better stabilization of the correction.

Clinicians should affix edgewise brackets to all of the mandibular teeth and progressively increase the wire size until they can insert a full-size, stainless steel, rectangular archwire. At this point, they can fabricate and cement the RPE and also deliver the mandibular splint. With the delivery of the RPE and splint, clinicians will complete the intermaxillary fixation and can start turning the RPE once or twice a day. The expansion occurs twice as fast as with ordinary use of a RPE, and the crossbite correction should be complete within 2 weeks. Patients will need a semi-liquid diet during the IMF phase.

Clinicians should overcorrect the expansion, since some tipping of the posterior teeth will occur, and they should anticipate some mild relapse. Once the crossbite corrects, IMF can stop, as can use of the splint. The RPE should stay in place for 6 to 8 weeks to retain the expansion. Eliminating the cross elastics used in former methods helps the crossbite correction proceed rapidly and with more certainty.

The alternative to attempting expansion of only the crossbite side would be the common approach of using an RPE alone, which would expand both sides. The overcorrection on the side that was originally not in crossbite can then be brought back into proper occlusion with crossbite elastics. The technique suggested by articles5,6 is helpful, but it only utilizes the anchorage from one mandibular quadrant.

Figure 4: Intraoral photographs illustrate overexpansion of both sides after 2 weeks of activation, moving .5 mm per day. Note that the midline is in the same position as in the original photos.

Figure 5: The case is complete after only 15 months of total treatment time.

In the case shown here, the mandibular splint required enough thickness to allow cusp clearance and activation on the crossbite side. The expansion with this personally fabricated RPE was completed in 2 weeks, after which the splint and IMF treatment also ceased. I left the RPE in place for 4 weeks more, and then I began maxillary fixed appliance therapy (Figure 4).

The patient was 16 years old when treatment was initiated, which is the upper age limit at which you can expect midpalatal suture separation with an RPE. I used Class II elastics on the left side to establish good Class I occlusion.

Figure 6: A) The Azure VECS RPE alone; and B) with a PVS splint in place.

This patient would have benefitted from having the RPE in place for a longer period after the completion of the expansion. Neither this patient, nor the subsequent three I have treated with this technique, had any complaints about being on a liquid diet for 2 weeks. They were pleased with the prospect of finishing treatment much more quickly than would have been possible otherwise.

The technique evolved with the development of the Azure VECSTM RPE (Figure 6A). This appliance, which has an adjustable screw that faces the incisors, made the screw that I fabricated passÉ.

One patient had a severe reaction to the acrylic splint, so I remade the splint with PVS. The PVS splint proved to be more comfortable (Figure 6B). I placed a small composite “bite stop” on the molar to maintain the proper bite opening to clear the crossbite side. This technique was used on all following patients.

Unilateral posterior crossbite corrections have vexed orthodontists for decades, and we have made only limited attempts to mitigate the unwanted effects on the unaffected side. This article describes a way to determine the existence of a TUPXB and also a method to overcome the defects in traditional maxillary expansion with RPEs.

David Alger, DDS, MSD, has been a private practitioner in Conroe, Tex, and a consultant orthodontist in Saudi Arabia. He is a diplomate of the ABO and the holder of two orthodontic patents. He can be reached via e-mail at

From Manager to Entrepreneur