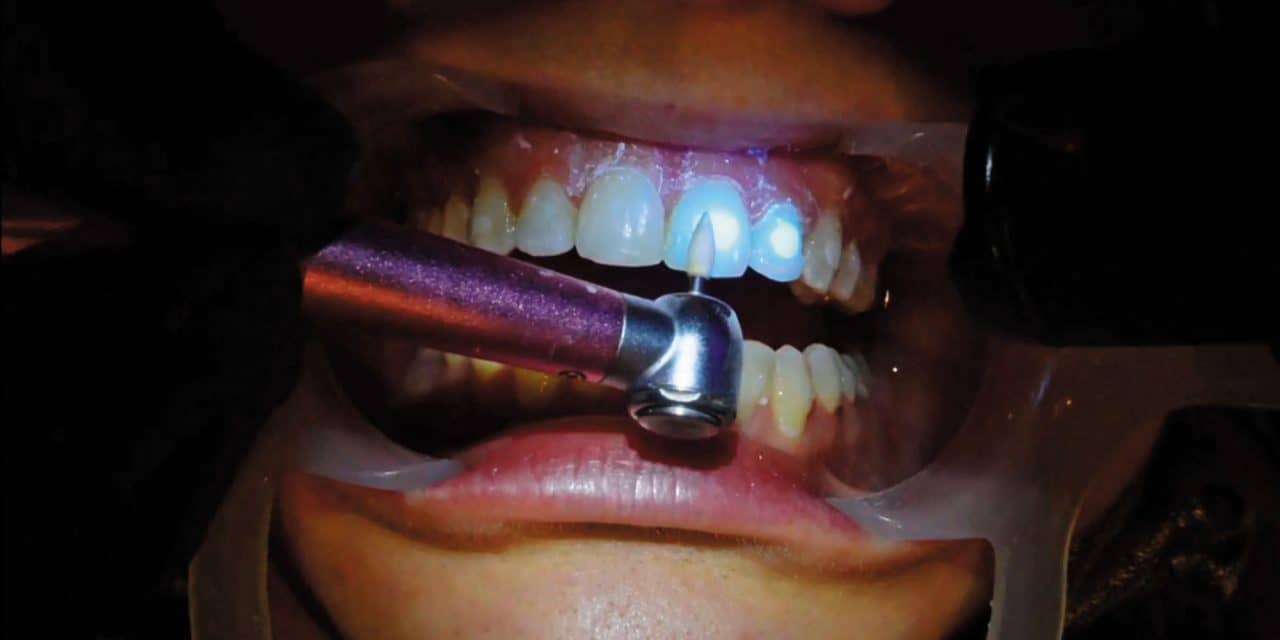 Orthodontic bonding is one of many variables to dictate outcome and efficiency of orthodontic care. A good orthodontic adhesive should keep the bracket bonded to the tooth throughout treatment, avoiding delays, untoward expenses, or patient inconvenience. Also, debonding should not damage the enamel at treatment end.1

The objectives of this clinical trial were to compare bracket failure rate of two different light cure adhesive materials used in bonding of orthodontic brackets to teeth and evaluate the efficiency of each. The two composite adhesives were Transbond XT from 3M Oral Care and Bracepaste from American Orthodontics.

Angle Class I or Class II malocclusion patients presenting for orthodontic treatment and willing to participate in the study were recruited using the following inclusion criteria: permanent dentition including incisors, canines, premolars, and first molars; teeth with sound, noncarious buccal enamel; and no previous orthodontic treatment with fixed appliances. Subjects were excluded if they couldn’t provide informed consent, or had craniofacial anomalies, or congenital enamel defects. Eventually, 38 patients participated in a single-center, single-operator, split-mouth randomized controlled trial with a 1:1 allocation ratio with no changes after trial commencement.

Patients had maxillary incisors, canines, and premolars bonded with metal brackets (Mini Master Series, American Orthodontics) using Transbond XT on two quadrants and Bracepaste on the other two quadrants. The side allocation was randomized as detailed in Table 1.

Each participant’s dentition was divided into four quadrants. Quadrants were switched opposite each other with different combinations in all patients to avoid operator bias. Bonding surfaces were cleaned using slurry of pumice for 10 seconds, thoroughly rinsed for 20 seconds and air dried completely using an airway syringe. Teeth were isolated using cheek retractors, tongue away, and cotton rolls. Teeth were acid etched using 37% phosphoric acid (ScotchBond etchant, 3M Oral Care) for 30 seconds. After thorough washing and air drying, the surface was checked for the frosty appearance of enamel to ensure proper etching. The bonding agent prescribed for both adhesive systems was applied with a microbrush and light cured for 10 seconds using a 3M Elipar (3M Oral Care). With brackets in appropriate positions from second premolar to second premolar in both the arches, excess adhesive was removed using a hand scaler and each bracket was light cured for 10 seconds using 3M Elipar LED. Molars were banded and archwires were placed 10 minutes after bonding.

Adhesive Remnant Index (ARI) was scored when brackets failed by analyzing the bracket base at 10x magnification. Most studies score ARI based on Artun and Bergland’s classification.34 However, a modified 5 scale classification by Bishara and Truelove35 provided better quantitative and qualitative assessment of ARI36 and is more illustrative to describe remnants on failed brackets for this study.

Between arches, 25 bond failures existed in the mandible and 19 in the maxilla. The second premolars (22 brackets) had the highest bond failures. Between quadrants, 24 right side bond failures resulted with 20 left side. More bond failures presented in patients older than 18 and males experienced higher rates than females. In both groups, greater bond failure occurred with round archwire than rectangular archwire and more with NiTi wires than stainless.

Patients older than 18 demonstrated higher failure rate. In late adolescents and adults, the occlusal forces—mainly bite or chewing force—are reported as an important factor in bond failure. Various studies show bite force increases proportionately with age due to developing muscle forces between 6 and 18 years of age and decreases after 25 years in females and 45 years in males. This factor possibly led to higher number of failures in individuals above 16 to 18 years.14,15

Gender variations on failure rates show males having a greater failure percentage than females.16,17 Few studies displayed females to have insignificant but higher failures, which were substantiated by the number of increased sample size.18-20 In this study, higher failure rate was noted in more males than females. A statistical significance of p value < 0.5 denoted a predominance of males. Nikolaos Koupis17 and Imad Shamma21 claimed females are more attentive and better maintain fixed appliances. Predominance in bracket failures in males was also attributed to the increased bite forces.22

Within the arch, the mandibular displayed a higher number of clinical bracket failures than maxillary but not of statistical significance. Past literature studies show a significant trend with mandible showing higher failure rate than maxilla despite the various techniques, type of material, or light curing unit used.19,22,23 Previous studies substantiate high occlusal forces as the common factor in predominant mandibular arch failures.24

No statistical significance between the sides existed between the two adhesives. Literature documents two broad notions in elucidating the failure between different segments. First, the clinician’s right-handedness or left-handedness plays a vital role in bracket bonding efficiency within the segments. A right-handed clinician tends to show ease in bonding technique on the right segment of the patient, especially due to better visibility, moisture control, and positioning of brackets.24,25 However, Kinch et al26 claimed a right-handed clinician found better access in bracket placement on the left side. Second, the patient’s habitual manner to chew food on a particular side, and inequality in the forces applied during brushing, may cause archwire distortion, leading to bracket failure.26

A statistically significant value existed with posterior teeth with the mandibular second premolar displaying the maximum bond failure rate. Contaminations due to either saliva, gingival fluid seepage, or blood may lead to reduced bond strength. The proximity of salivary duct opening causes difficulty in controlling the salivary flow in posterior segment.

Heavy occlusal forces or masticatory forces and, most importantly, the maximum voluntary bite force or chewing force are higher in the posterior region of dentition.27 The mandibular anterior teeth, though highly predisposed by the overbite, report less failures due to decreased incisal bite force.28 Visibility and accessibility reduced from anterior to posterior part of the dentition leading to bracket positioning difficulty.18,23 Uneven resin thickness distribution was found in failed brackets of posterior teeth. Knoll29 described it as a significant reason for bond failure. Thicker adhesive areas may increase polymerization shrinkage and differences in coefficient of thermal expansion/contraction, thus building stresses within the resin resulting in bond failure.29,30

Kusy et al31 found that no ideal archwire exists, since the demands of each treatment stage necessitate different characteristics emphasizing the stress/strength ratio. In this study, NiTi wires displayed highest bond failure rates. This may be attributed to the initial treatment stages where teeth are significantly malpositioned and more vulnerable to cuspal contacts from opposing teeth.

Several authors note failure mostly occurs at the bracket-adhesive interface.32,33 However, this study correlates with studies by Sfondrini et al34,35 and Henkin et al36 claiming bond failure occurred more predominantly at the enamel-adhesive interface. Enamel interface breakage signifies poor efficiency of adhesive as chemical bond and partial mechanical bond created by penetration of the adhesive on the etched enamel surface is vital. The enamel surface bond is technique sensitive and depth of etch shortcomings may lead to a weak bond.32

An enamel surface failure can be considered beneficial. It may demonstrate that bracket mesh, which also plays an important role in bonding, has a satisfactory bond strength and the bracket adhesive interface bond strength is higher than that of the enamel adhesive interface. Only seven brackets showed cohesive failure with the majority showing adhesive failure. Thus, it can be safely assumed in this study that the efficiency of the two adhesive materials is optimal for use in practice.

The following conclusions were drawn from this study:

N.R. Krishnaswamy, BDS, MDS, MOrthoRcs, is a professor and head of the department of orthodontics and the vice principal of Ragas Dental College & Hospital, Chennai, India. A graduate of Madras Dental College, he obtained his Masters in Orthodontics from College of Dental Surgery, Manipal. A fellow of the Royal College of Surgeons of Edinburgh and a diplomate of the Indian Board of Orthodontics and The National Board of Medical Sciences, he received the AAO’s B.F and Helen E. Dewel Clinical Research Award and the Japan Dental Association’s International Scientific exchange fund. Krishnaswamy served as the president of the Indian Orthodontic Society and chairman of the Indian Board of Orthodontics.