Why CBCT Is Key to Long-Term Case and Professional Stability 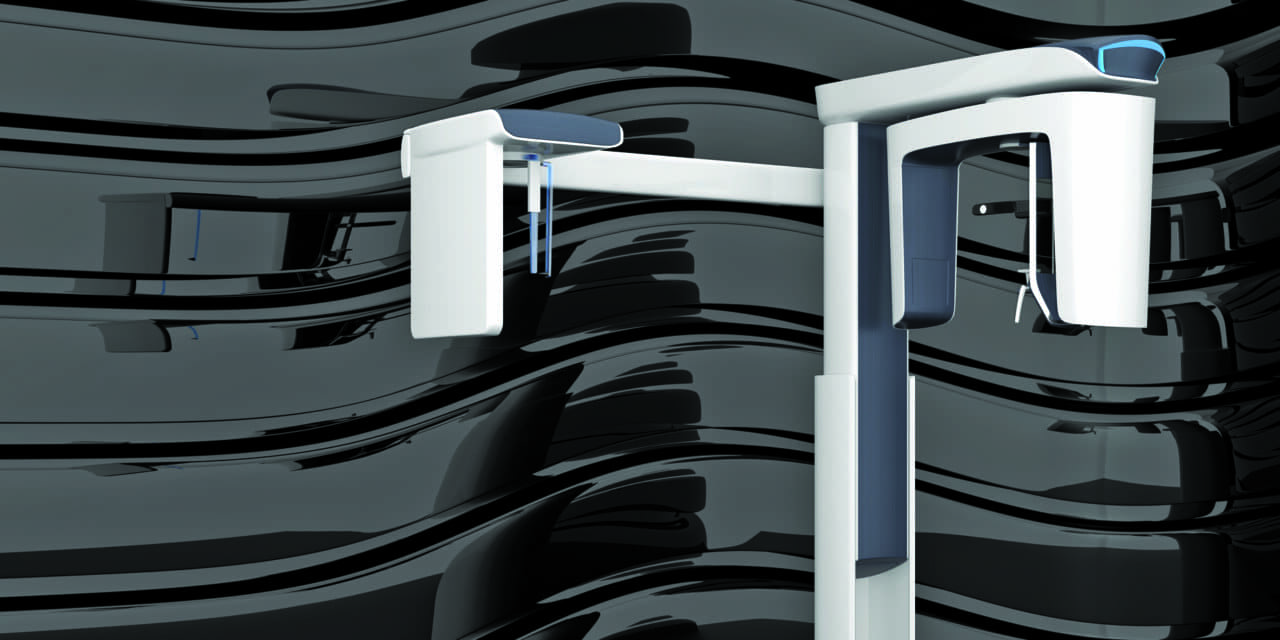 If orthodontists are going to cite improper imaging to argue against direct-to-consumer aligner treatment, then it’s time for them to step up and make sure they’re getting a full picture of their own cases.

One of the arguments against direct-to-consumer aligner companies is centered on how they’re putting patients at risk for complications or poor treatment because they’re performing aligner treatment without proper imaging. But the reality is orthodontists may also be putting their patients at risk for long-term complications for similar reasons. The fact is today’s 3D imaging technology can give orthodontists a more complete picture of the patient’s alveolar bone anatomy, and with this information, they can minimize the negative long-term consequences of orthodontic treatment.

Key here is CBCT, or cone-beam computed tomography. According to Jeffrey Miller, DDS, an orthodontist in private practice in Maryland, and a frequent lecturer on the role of CBCT in orthodontics, this imaging technology offers orthodontists a level of visualization that goes well beyond the two-dimensional analysis cephalometric systems provide. With cone-beam CT, orthodontists, for the first time, are able to visualize the position of the root of each individual tooth within the alveolar housing (alveolar process) (Figure 1).

Keeping the Tooth in the Alveolar Housing

CBCT technology offers a way to visualize this. Not only can cone-beam CT be used for pretreatment diagnosis (Figure 3) and improved treatment strategizing, but it can also be used to assess the final result to include whether or not the tooth was kept within the alveolar housing or if it dehisced through the cortical plate—thus going beyond the clinical crowns when assessing treatment outcomes. This “experience” will help orthodontists to improve treatment for their future patients.

“There are lots of finished results orthodontically that clinically look fantastic because you’re only evaluating those cases based on the clinical crowns,” says Miller (Figure 4). “It’s almost like with Invisalign. The virtual setups all look perfect. The tissue always looks perfect, but the tissue has no basis in reality. The tissue is painted on those virtual setups by a technician” (Figure 5).

As Miller sees it, when orthodontic treatment success is reduced to the mechanical alignment of only the clinical crowns, then orthodontics loses its gravitas as a speciality. Treatment success, according to him, should include an assessment of the root position within the alveolar housing.

How to Use CBCT

Now when it comes to pretreatment, if the CBCT shows a slightly dehisced root or very thin bone on the facial aspects of the lower cuspid roots, that tells you that you probably don’t want to expand the intercuspid width anymore (Figure 6), says Miller, because—whether there is 0.6 mm of bone there that is not visible on the CBCT, a slight dehiscence, or there’s no dehiscence—expansion will lead to root dehiscence. Thus, expansion will lead to further root dehiscence. Miller acknowledges that increased root dehiscence is sometimes unavoidable, but still feels, at the very least, it is an important complication that should be explained to the patient.

Now if you’re looking at the cone-beam CT post-treatment and you see a bit of bone that looks like it is slightly dehisced, Miller concedes that it probably doesn’t have much clinical significance. But when you see a root that is one-third or halfway out of the bone post-treatment, then you might want to reconsider your treatment strategy for the next similar case (Figure 7).

The fact is orthodontists can’t completely avoid dehiscence. “I think it’s just part of what we do,” says Miller. But, he adds, it is a realistic objective when treatment planning orthodontic cases to set out to minimize it.

“Clearly patients can get away with a little bit of root dehiscence. Otherwise, orthodontic patients would be losing teeth left and right. So, I think it comes down to proper treatment planning,” he adds.

Now if you are a complete non-extractionist and have a crowded case, it means you usually are expanding. Miller notes that if you take a pan and ceph post-treatment and look at your results, you could be looking at changes of the lower incisor to the mandibular plane angle; and you’re probably not going to measure much of a change because most of the space gain is a result of cuspid expansion which is not something a panorex or ceph can measure. The only thing you can do is clinically evaluate the clinical change of the inner cuspid crown width.

With CBCT, however, you can actually visualize the changes in the cuspid root position and this is where the roots usually dehisce the most. As Miller explains, the broader archwire forms expand the lateral segments, which means they’re expanding the cuspids and the first bicuspids. There is no good way to radiographically measure the expansion of the lateral segments using 2D radiographs.

“So, you expand and are happy about the alignment of the clinical crowns. You then review the post-treatment pan and ceph to evaluate your finished result. You do the cephalometric analysis and you go, ‘Wow, I did a great job on this case. Look, the lower incisor to mandibular plane angle only changed 2 degrees from what it started with.’ But that’s not how the decrowding space was created. The decrowding was associated with the changes to inner cuspid width. And by the way, there is probably no greater body of refereed scientific literature in orthodontics than changes in the lower inner cuspid width. And basically that literature points in one direction: And that is the more you change it, the less stable long term that case is,” Miller says (Figure 8).

“So what’s happened in orthodontics in my opinion, is that we as orthodontists as a group, we went through a large discussion about long-term stability of treatment, and we’ve gotten away from that discussion—mainly, I think because bonded, fixed retainers allowed for us to kind of break all the rules of orthodontics and get away with it, at least in the short term. Unfortunately, we’ve gotten away from this important discussion and replaced it with other less documentable topics. For example, what is the most best position of the upper bicuspids in terms of cosmetics. To me, it’s just a bunch of rationalizations for really poor orthodontic treatment outcomes.”

At the end of the day, Miller says, the cone-beam CT is not going to tell you what to do when treatment planning, but it can definitely tell you what not to do, especially once you really become mindful of the fact that alveolar housings come in different sizes and shapes. And, especially as you reconcile the fact that cephalometric analysis assumes that all the alveolar housings are approximately the same size and shape (Figure 9).

Moving Beyond the Rationalizations

Within the debate over the role of CBCT in orthodontics, there are those orthodontists who argue that cone-beam CT is not necessary because the technology has a tendency to not show 0.6 mm of bone. Others will argue that dehiscence and fenestration are present in most of the population or that there are plenty of cone-beam CT studies showing false positives. To this, Miller says that orthodontists need to focus on orthodontic treatment that causes significant movement of the root out of the alveolar housing; not cases where the tooth is slightly dehisced (Figure 10). What’s more, this focus on 0.6 mm of non-visible bone on the cone-beam CT misses the fact that it’s actually +/- 0.6 mm.

“[Orthodontists] tend to forget that. There’s a rationalization that I hear quite often that anytime you see a tooth root dehiscence on a cone beam, it always has 0.6 mm of bone there, and that’s not at all what those studies show. [Most of those studies were] done on naturally occurring dehiscence; and naturally occurring dehiscence is quite different in magnitude to orthodontically induced dehiscence (OID). We’re talking about roots halfway out or a third of the way out and that’s a big difference and a completely different level of dehiscence. According to the studies where there is significant root dehiscence, it’s very easily recognized on the cone beam and there are not false positives when it comes to that. The false positives are related to minimal or minor dehiscence,” says Miller. “It’s a total abomination of this information. I guess it’s a rationalization when you see it post-treatment.”

Orthodontists Do Not Practice in a Vacuum

But beyond the debate over what the technology can do, there is another issue at play here: Orthodontists do not practice in a vacuum. They share patients with other dental providers.

Cone-beam CTs are becoming less expensive. And as they do so, general dentists and other specialists are likely to look to replace their aging digital pan with a cone-beam CT, especially since they can generate higher fees with the CBCT. (According to Miller, a patient fee for a panorex is approximately $100, while a CBCT can generate a fee between $350 and $600.) While the general dentist generally is not going to take a cone-beam CT just to look at the result of orthodontic treatment right away, 2 or 3 years down the road they likely will as the cone beam replaces the usual digital panorex. That’s when the dentist is going to see how the roots were violated or dehisced through the cortical plates during orthodontic treatment, even in the absence of tissue recession.

“Does the dentist ignore it completely? I don’t think so,” says Miller. “The general dentists are more than happy to criticize the orthodontist as it is today for the stuff we’re not even guilty of. But here’s something we are guilty of.

“These general dentists are going to look at the cone beam and go ‘Oh, my God, the roots of your lower first bicuspid and cuspids look like they’re dehisced through the cortical plate (Figure 11). Let me send this over to an oral maxillofacial radiologist to read.’ The report is going to come back and the radiologist is going to say, ‘Two-thirds of the bone is missing on the buccal surface.’

To those who say the patient could have caused the tissue dehiscence from brushing too hard, Miller points out that there is documentation that shows that orthodontics is related to an increased incidence of gingival recession. And for those that point to studies that show gingival tissue recedes as one ages, Miller clarifies that this is gingival recession of a higher magnitude and it happens sooner in a younger population. This can’t be rationalized away, says Miller.

“It’s just like saying, I smoked a cigarette once when I was 14 and I’m at the same health risk as someone who smokes four packs a day for 40 years. There’s a difference in the magnitude of these problems that are associated with these types of treatment,” he adds.

The fact is, not only is the orthodontist at risk of negative reviews and decreasing referrals down the road, but they are breaching the Standard of Care and open themselves to potential legal action, says Miller. “I believe, regardless of the diagnostic tool used, OID has always been considered a breach of the Standard of Care. We were just less mindful of it because it was not easily radiographically diagnosed with 2D. But that doesn’t mean it was permissible.”

Yes, CBCT provides additional information that can challenge traditional orthodontic theory and adds further complexities to treatment planning, says Miller, but this information ultimately benefits and protects orthodontic patients and helps remove the perception that orthodontic treatment is simply a mechanical skill to align the clinical crowns. Only then can orthodontics continue to solidify its position as a specialty within the dental arena. OP 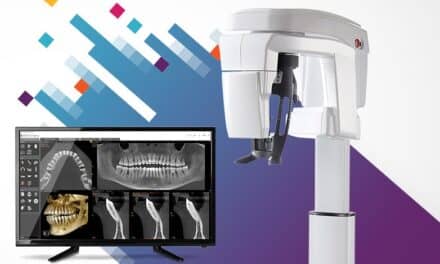 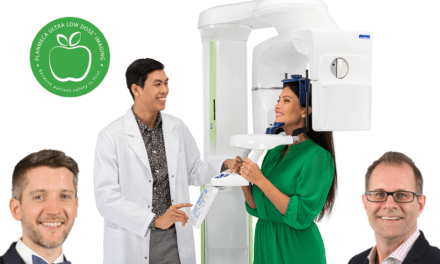 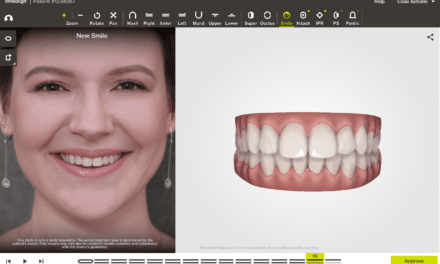