The American Dental Association (ADA) acknowledged recently published research related to opioid prescriptions for dental procedures. The association noted that a growing body of research supports ADA policy that dentists should prescribe non-steroidal anti-inflammatory drugs (NSAIDs) alone or in combination with acetaminophen over opioids as first-line therapy. The ADA says it continues to be dedicated to raising awareness and taking action on the opioid public health crisis.

In order to combat opioid abuse among adolescents and across all ages, the ADA has urged all 161,000 member dentists to double down on their efforts to prevent opioids from harming patients and their families.

According to the association, dentists have written nearly half a million fewer opioid prescriptions over a 5-year period, from 18.5 million in 2012 to 18.1 million in 2017. The association notes that this is progress, but that there is still more to be done.

In March 2018, the ADA adopted policy related to opioid prescribing by dentists for acute pain that supports:

In April, researchers from the ADA Science Institute, Case Western University, and the University of Pittsburgh published a scientific review of studies in the Journal of the American Dental Association which concluded that NSAIDs alone or in combination with acetaminophen are generally more effective and are associated with fewer side effects compared to opioids. The findings support the ADA’s 2016 policy statement that dentists should “consider NSAIDs as the first-line therapy for acute pain management.”

Working together with physicians, pharmacies, policymakers, and the public, the ADA believes it is possible to end this tragic and preventable public health crisis that has been devastating our families and communities. 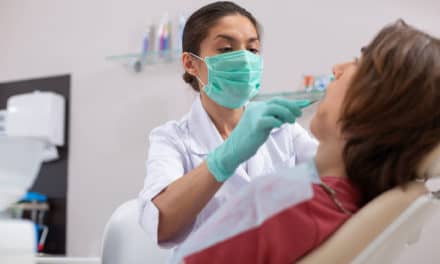