A Year on, Dentsply Sirona is Focused on Digital Solutions in the Orthodontic Space 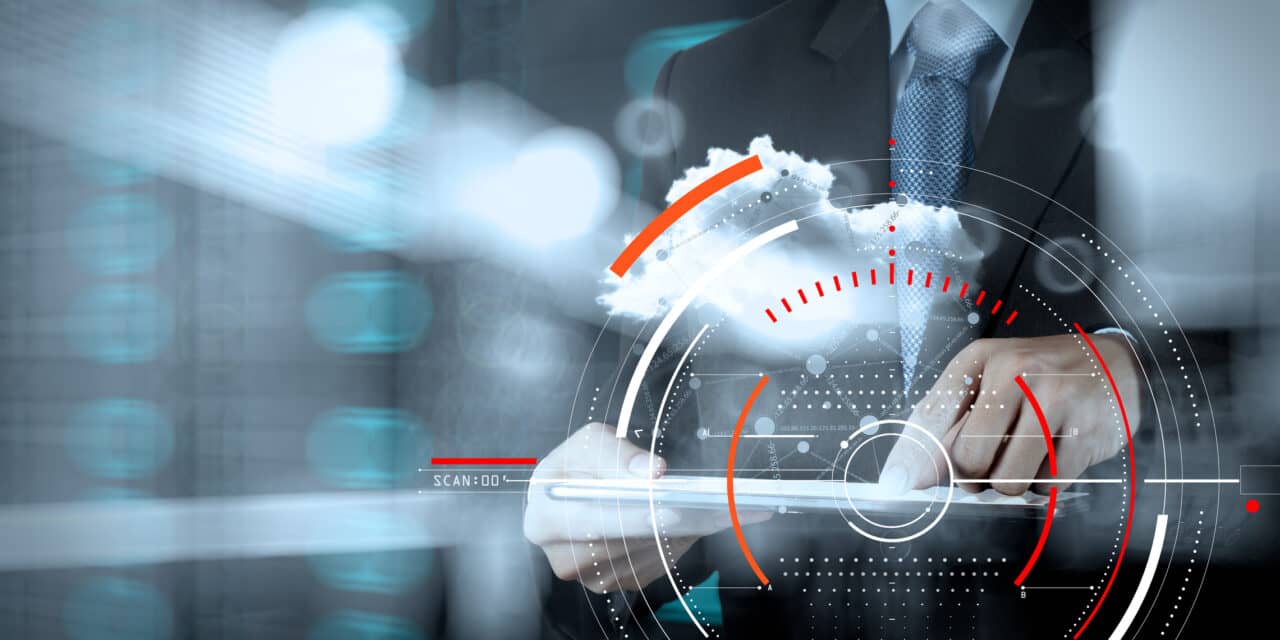 As Dentsply Sirona opens DS World 2021, its senior vice president for North America spoke to Orthodontic Products about the company’s focus on the SureSmile ecosystem and acquisition of DTC clear aligner company Byte after shedding its traditional orthodontics business in 2020.

“We feel like we have a system right now that allows our orthodontic customers to do anything from simple cases to more advanced cases, either entirely with clear aligners or with robotic wire bending or a hybrid of both,” says Bruno. “So [the company’s shift] was more about running towards SureSmile versus running away from traditional orthodontics.”

SureSmile will be on full display as the company opens Dentsply Sirona World 2021 in Las Vegas today—its first live event since 2019. After the pandemic forced an all virtual event in 2020, the company is offering a hybrid event this year, with both an in-person program at Caesars Forum and a live-streaming option with special digital programming. The 3-day CE event will feature nearly 100 speakers who will lead over 100 courses across nearly every area of dentistry, including orthodontics.

How to Help Customers Grow Their Practice

As Bruno puts it, Dentsply Sirona sees itself as dental solutions company, not a manufacturer, and that distinction is key. “Our entire purpose in life is to get up and say: What are we doing to help our customers grow their practice?—because we fundamentally believe that a healthy practice leads to healthy patients and happier smiles.”

And those solutions go beyond SureSmile to a larger ecosystem that includes the company’s imaging technology, specially the Primescan digital intraoral scanner. “Every great treatment starts with great diagnostics. So Primescan and SureSmile are like peanut butter and chocolate—they’re the perfect combination,” says Bruno.

“We’re now getting data that would suggest that when you take Primescan plus SureSmile, it actually provides fewer revisions, which we hear from our customers is a big deal. And what does fewer revisions mean? It means more efficiency in the practice. It means reduced costs. It means happier patients,” he adds.

Dentsply Sirona recently rolled out CEREC 5.2, the upgraded software platform that powers Primescan. And while Primescan if often seen as a CEREC scanner for chairside restoration, Bruno wants orthodontists to understand that the intraoral scanner enables multiple workflows, including orthodontics. And with the release of 5.2, Primescan’s orthodontic users have access to a faster and more accurate experience. “Faster means efficiency in the office. Accuracy means that when you send [the scan] out to get your aligners printed, you’re going to have fewer redos and you’re going to have a more accurate aligner system for the patient.

“With 5.2, you can move [Primescan] in the mouth easier. It’s more forgiving. If you miss a tooth or a piece of gum, it’s more forgiving,” Bruno says, adding, “As far as its interface with SureSmile, that’s where the magic happens because the speed and accuracy then translates into treatment planning. And as I suggested earlier, when you look at Primescan plus SureSmile, we now have data that shows that it has fewer revisions and faster treatment times versus other clear aligner systems.”

Down the line, upgrades are also on tap for SureSmile. As Bruno explains, much of the changes and modifications in the SureSmile pipeline are the result of user insights. First and foremost, the company is looking at the software interface and how customers interact with it, whether they’re using SureSmile to treat patients with aligners, wires, or a hybrid approach. “We believe that this notion of hybrid therapy could be a big deal,” says Bruno. “When you look at SureSmile, I think we’re in a unique position versus some other companies.” The key here, says Bruno, is how to make the process of putting a patient in both aligners and wires simpler for the doctor. Down the road, Bruno also envisions upgrades to SureSmile related to AI, or as he calls it, “assisted intelligence,” and advanced analytics. But at the end of the day, these upgrades are focused on making the technology within SureSmile easier to adopt and easier to use.

Dentsply Sirona at its core wants to help the dental professional, including the orthodontist, grow their business and better serve patients. Which might have caused some in the orthodontic industry to do a double take when Dentsply Sirona acquired the direct-to-consumer clear aligner company Byte earlier this year. Bruno admits, the idea had a high risk of being misunderstood, but at the end of the day, it was an opportunity to take control of a segment of the orthodontic market that is likely here to stay in some capacity or another.

“The headline for me is: If it wasn’t us, it would have been someone else,” he says.” It exists with or without us acquiring it, and we felt that by owning the asset—versus it existing as is or someone else owning it—it actually allows us to do things that are good for consumers, patients, and doctors.”

As Bruno describes it, Dentsply Sirona sees Byte as a platform with which to connect consumers and doctors. “What we hear from doctors is, ‘Hey, help me get patients,’ and we thought: Wow, we do a really good job. We have the largest sales force in dental. We have the largest investment in education in dental. We are in more offices than any other dental company, but when you look at companies like Align [Technology] that are spending a lot of money in direct-to-consumer advertising, we thought this was a better investment to form a relationship with consumers.”

In acquiring Byte, Dentsply Sirona has found that Byte does a good job of reaching the underserved consumer—the ones that historically have not gone to the dentist regularly let alone an orthodontist. The plan, according to Bruno, is for Dentsply Sirona to take advantage of its own professional footprint and first provide education to consumers on the benefits of going for regular dental exams. From there, if the consumer is facing financial limitations that prevent them from seeing a dentist, the company plans to offer promotions that get them into the dentist’s office and eventually into orthodontic treatment.

In addition, Dentsply Sirona is looking at how it can create an algorithm that eventually matches consumers on the Byte website to local dental practitioners. While Bruno admits it will take time to build, the idea is that when a consumer visits the Byte site, they could be immediately introduced to a local doctor who could complete their scan instead of them mailing in the at-home impression kit. From there, as Bruno describes it, the dentist can talk to the patient about the benefits of regular exams and Dentsply Sirona can offer a free hygiene checkup to get them in the system. Or if a consumer does the at-home impression kit and is diagnosed with a Class II crossbite, they can be connected with a local orthodontist. As Bruno points out, such a patient would have more likely been turned away if Byte remained independent without the Dentsply Sirona network of doctors at its disposal.

And that vision connects to Dentsply Sirona’s larger mission to support doctors, the practice, and patients as it looks to the future and as it gets back to connecting with dental professionals at DS World 2021. OP 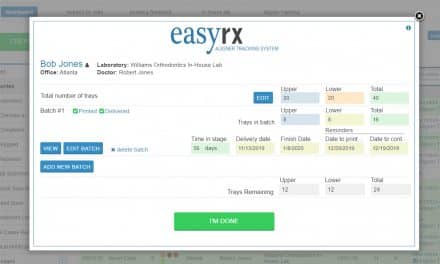 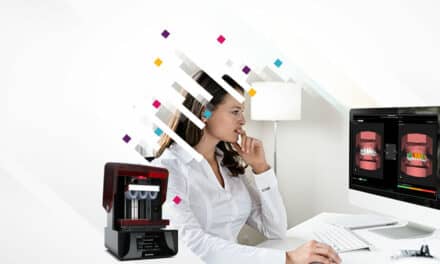